Many argue that there is no such thing as completely original art, but there is certainly a difference between similar inspiration and outright plagiarism. Activision, Infinity Ward, and Major League Gaming Corp. are currently facing a copyright infringement lawsuit over this issue. The lawsuit argues that the character of “Mara” in Call of Duty: Modern Warfare is an exact copy of another existing character.

The lawsuit has been filed Clayton Haugen of North Carolina. He hired cosplayer and Twitch streamer Alex Zedra in 2017 to portray his character “Cade Janus” in several of photographs. Cade Janus is an important character in Haugen’s work November Renaissance and the photos of Zedra were published on Instagram and in calendars to promote the work. Haugen is the copyright owner of November Renaissance and the photos taken of Zedra.

Haugen contends the character of Mara in Call of Duty: Modern Warfare is the same as Cade Janus. They not only look similar but have similar personalities and sets of skills. Activision even hired Alex Zedra to portray Mara in their own promotional material. Haugen argues that the make-up artist that was hired for the Mara photoshoot was instructed to copy the Cade Janus photoshoot and Zedra was asked to get the same clothing and props. Haugen stated that they even used “ the same hair extension piece.” 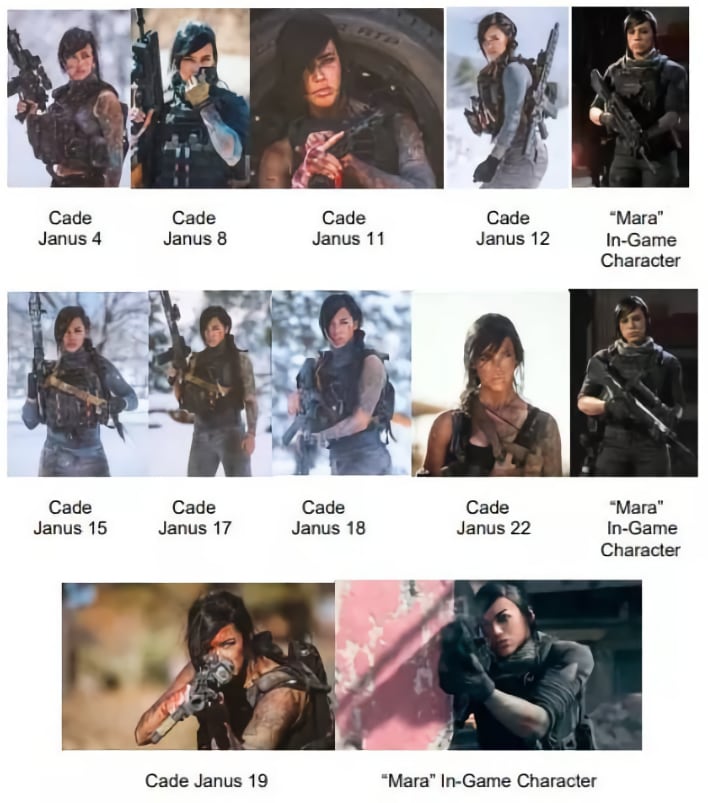 It is no secret that Zedra was involved in both the Haugen and Call of Duty: Modern Warfare photoshoot. She includes that she was the inspiration for Mara in her Instagram bio and frequently posts about it. She has posted photos on her Instagram from the Haugen photoshoot as well.

To add insult to injury, Mara was a key component of Call of Duty: Modern Warfare’s advertising campaign. The lawsuit states that “With this infringing female character as the centerpiece of an advertising campaign for the first time in the Call of Duty series, [defendants] shattered all previous sales and games-played records.” Mara was originally added to the game as part of the first season pass and players could purchase skins for her.

Activision won a lawsuit last year in which AM General sued them over alleged trademark infringement for using a Humvee vehicle in Call of Duty: Modern Warfare. The judge argued that the way both companies were using the trademark were completely different and did not count as infringement. However, it is one thing to copy a vehicle and quite another to lift a character from another universe into your own. Haugen’s own lawsuit may have a stronger chance than AM General’s.

Interestingly, Haugen did not register his photographs of Cade Janus with the United States Copyright Office until December 2020. His November Renaissance works were registered much earlier in 2012 and 2013. Nevertheless, Haugen argues that his rights have been infringed upon and is currently demanding a trial by jury to “recover all monetary remedies” from the infringement to the extent that is permitted by U.S. law.