There's no question that OnePlus is hopping back on the mid-range bandwagon after a half-decade absence, as the move was finally confirmed last month by company founder and CEO Pete Lau. “We can look at it as having a more affordable product offering,” said Lau at the time. “But all products that still remain up to the OnePlus standard… and through this enabling, more people to have access to OnePlus products."

While we know many of the alleged details surrounding the smartphone, one of unknown pieces to the puzzle was which processor the company would use for the OnePlus Z (the rumored named for the mid-range smartphone). Rumors have suggested the use of either a MediaTek Dimensity 1000 5G or a Qualcomm Snapdragon 765 5G SoC. Now, a new benchmark leak is confirming that it's the latter. 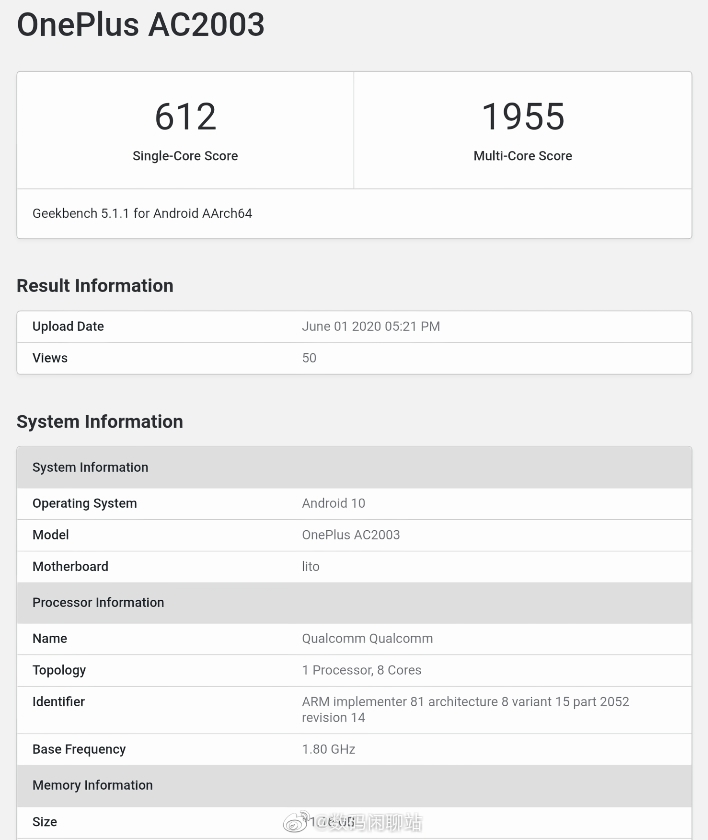 Well, to be exact, the smartphone is powered by a Snapdragon 765G SoC, which has a 20 percent faster Adreno 620 GPU compared to the standard Snapdragon 765. This information was discovered by Twitter user Digital Chat Station while searching the Geekbench database. It's also shown that the smartphone is paired with 12GB of RAM, which is quite a haul for a mid-range device, where 4GB or 6GB is more commonplace. The benchmarks show the OnePlus Z scoring 612 and 1955 respectively in the single-core and multi-core benchmarks (Geekbench 5.1.1). 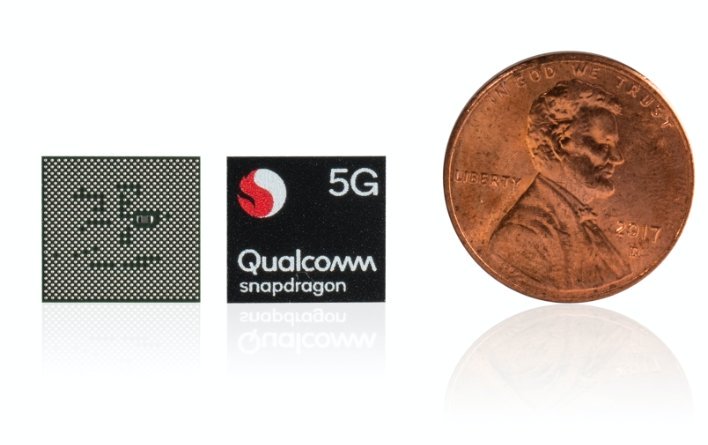 The use of the Snapdragon 765G instead of the Snapdragon 865 should allow OnePlus to make a dramatic price reduction compared to the OnePlus 8 Series. However, we're still expecting features like a 90Hz 6.4-inch OLED display, at least two rear cameras and 4,000 mAh battery.

As for the pricing, the OnePlus 8 starts at $699, which is a far cry from OnePlus' value-oriented roots. We'd imagine that the company wouldn't go any higher than $499 for a base configuration, but $399 seems to be the new hot price for devices like the Apple iPhone SE and the Samsung Galaxy A51. Heck, the upcoming Google Pixel 4a is rumored to ring in at a low $349. However, perhaps the $399 price point is too much to ask for with a 5G smartphone; but we can at least hope, right?