We couldn't call this mod complete without a couple benchmarks to show off just what the system can do. To test the machine, I used a handful of benchmarks from our usual test suite, including ATTO Disk Benchmark, Speedometer 2.0, PCMark 10, Cinebench R20, 3DMark Time Spy and Shadow of the Tomb Raider. Since our system reviews tend to cover high-end, flagship desktop PC, this mid-level eMachine mod isn’t going to fair very well. As such, please keep in mind this system originally came with a Celeron 900 MHz, 128MB RAM, AC’97 audio and incredible Intel i810E graphics. 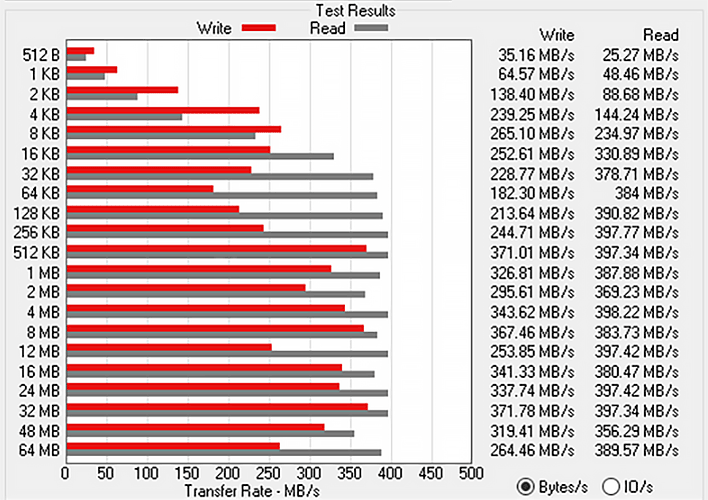 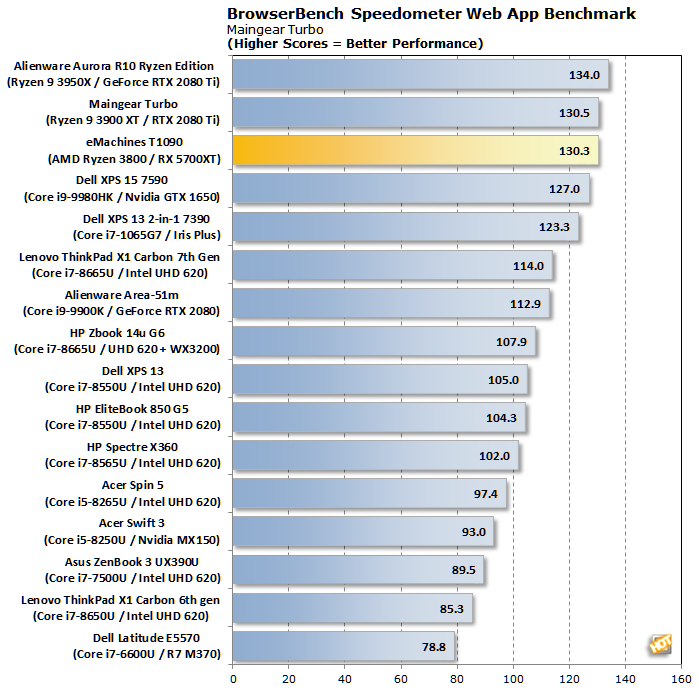 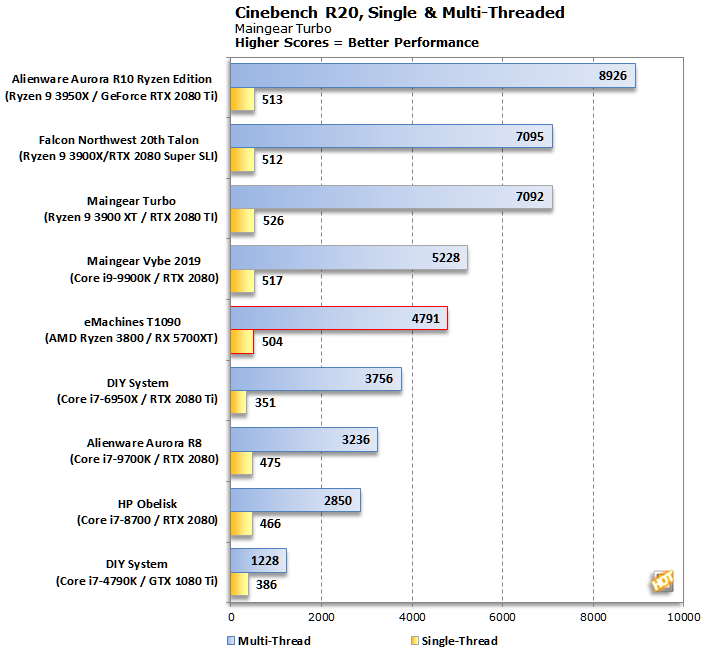 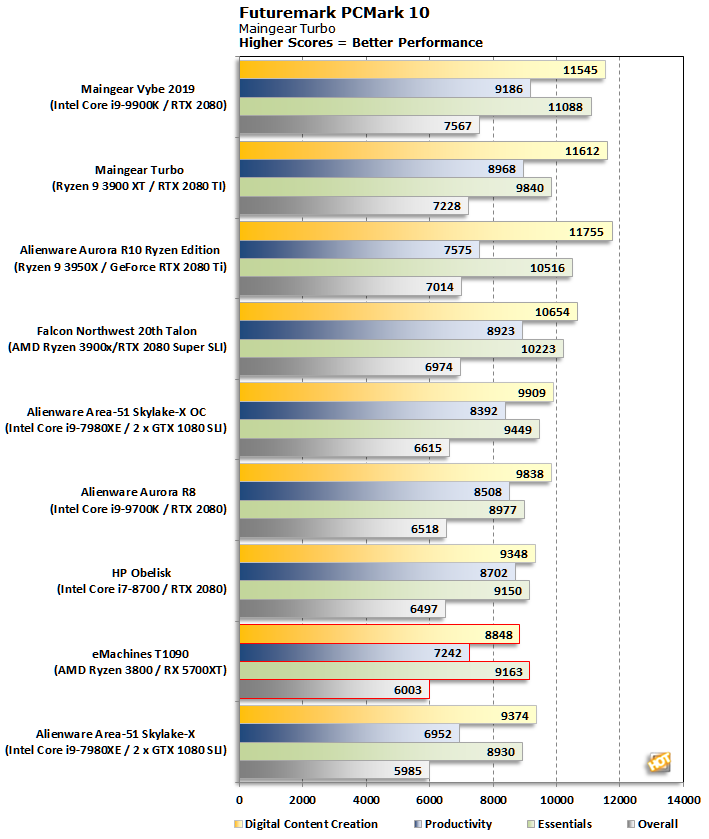 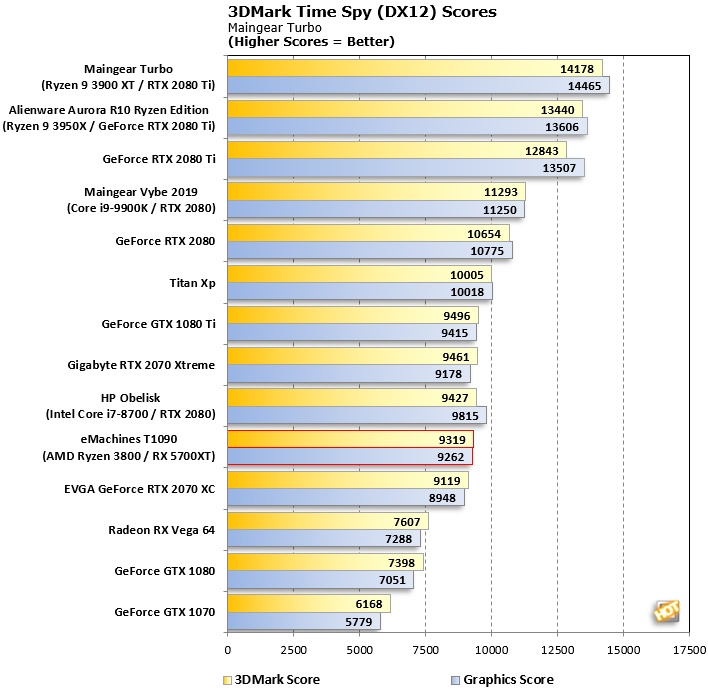 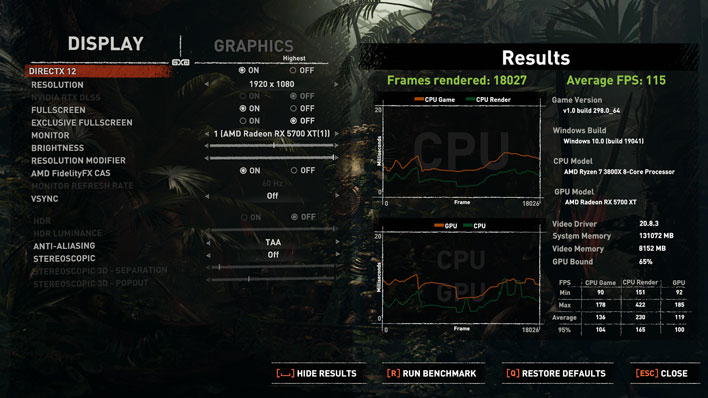 Obviously this is not the fastest system out there, but it delivers solid midrange performance and suits the tasks I built it for with retro panache. And of course, 115 FPS in Shadow Of The Tomb Raider at 1080p -- or any game for that matter -- is something the original eMachines config could never dream of.


More Performance Geekery With Benchmarks From Another Era

The original hardware that came inside this rig was low end when the system was released. I did find an old PC Mag review from May 2002 that evaluated its successor, the eMachines T1115. The only difference was the Celeron 1 GHz processor, a 100 MHz bump from my T1090’s Celeron 900 MHz. The review showed the T1115 scored 24.1 in the Ziff-Davis Business Winstone 2001 benchmark. 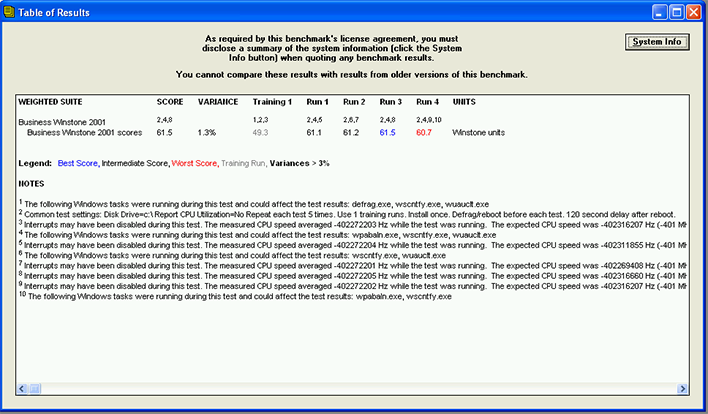 My curiosity got the best of me and I installed Windows Hypervisor and got a Windows XP virtual machine running on the new hardware. To keep things comparable to that era, the virtual machine was limited to a single core and 512MB of RAM (max for the i810E chipset) when I ran the benchmark. It scored a 61.5, which is similar to what a Pentium 4 (Northwood) 2.2 GHz could do, according to Dave's article back in the day. I attempted to rerun the benchmark in Oracle’s VirtualBox to see if the VM mattered, but it scored slightly lower at 54.8.

Despite scoring lower in VirtualBox than with Hypervisor, setting up VirtualBox wasn’t in vain, because it supports 3D acceleration (version 6.0 and older only). Armed with a 3D-accelerated virtual machine, we embarked on more benchmarking fun with 3DMark 2001SE and Quake 3 Arena (v1.32, Demo Four).

3DMark 2001SE detected the virtualized GPU as a Radeon 9500 and scored 21,334 marks, which is plenty of power to play some old school games without having to deal with old hardware. 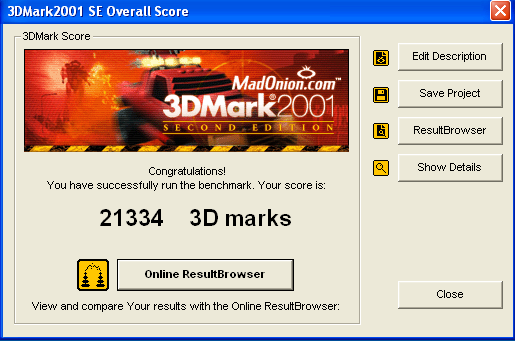 Moving onto Quake 3 Arena, the scores were too high to even consider comparing to the numbers in the Matrox Parhelia review, so we had to move up to Marco’s ATI Radeon 9800 Pro 256MB review from 2003. There is a limitation with VirtualBox that did not allow 1600x1200, so we had to keep the benchmark at 1024x768.

This system started out as a sleeper build, but ended up becoming a restomod. While I could’ve shoved a mini-ITX motherboard in there and made my life a lot easier, the challenge of preserving with the micro ATX form factor, having a dedicated sound card and keeping the green PCB look of the era, made it a lot more fun. A blood sacrifice was also made during assembly, because old cases from this era were designed with plenty of sharp edges to cut yourself on.

The system runs a little toasty with the Noctua NH-L9a-AM4 heatsink, but I ordered that thinking I had very little space to work with. I'll eventually swap it out for something with better cooling capabilities, but that's a project for another day. This retooled and restored eMachines system is stable and I haven't had any issues with it yet. 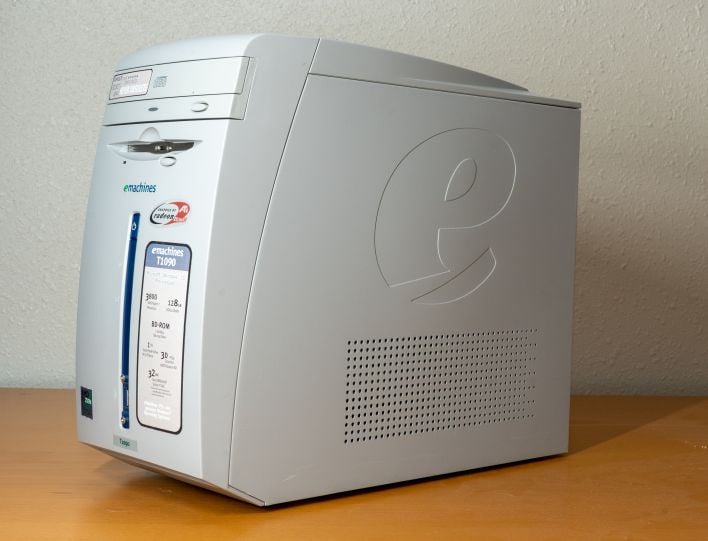 Overall, I had a ton of fun sourcing the parts, Dremeling the case, having random discussions with tech industry friends, designing stickers and working with my wife to complete this build. I would do it again if I came across a purple Sony Vaio or late-90s Compaq Presario 5600 in good condition. This system will live on my desk, next to my primary desktop (Ryzen ThreadRipper 1950X / Radeon VII / LG 48” CX OLED), so my wife and I can play Stardew Valley multiplayer side-by-side, instead of on opposite ends of the house, and of course, plenty of Fall Guys.