We tested all of the graphics cards represented in this article on a Gigabyte X570 Pro Wi-Fi motherboard, equipped with a Ryzen 7 5800X3D CPU and 16GB of G.SKILL DDR4 RAM clocked at 3,200MHz. The first thing we did when configuring the test system was enter the UEFI and set all values to their "high performance" defaults, then we disabled any integrated peripherals that wouldn't be put to use, and enabled Resizable BAR support. The memory clock was dialed-in to its optimal performance settings using its XMP profile and the solid state drive was then formatted and Windows 11 Professional installed and fully updated. When the Windows installation was complete, we installed all of the drivers, applications and benchmark tools necessary to complete our tests. 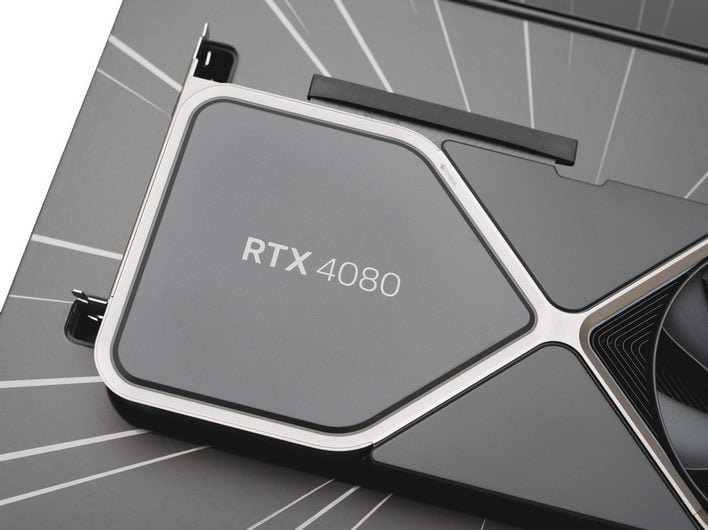 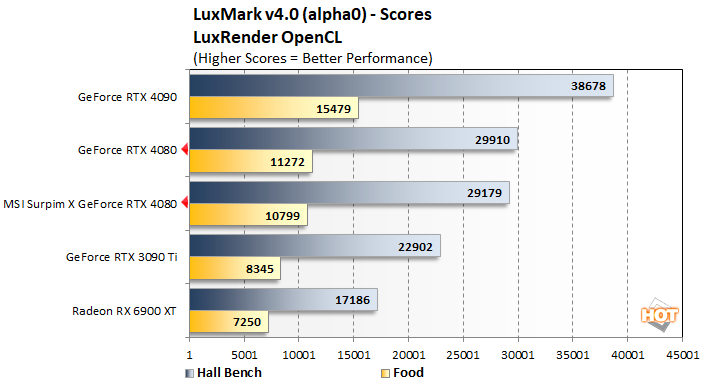 The new GeForce RTX 4080 series cards from NVIDIA and MSI clearly outrun the GeForce RTX 3090 Ti with both of the Luxmark scenes that we tested, but they trail the more powerful GeForce RTX 4090 by a wide margin. 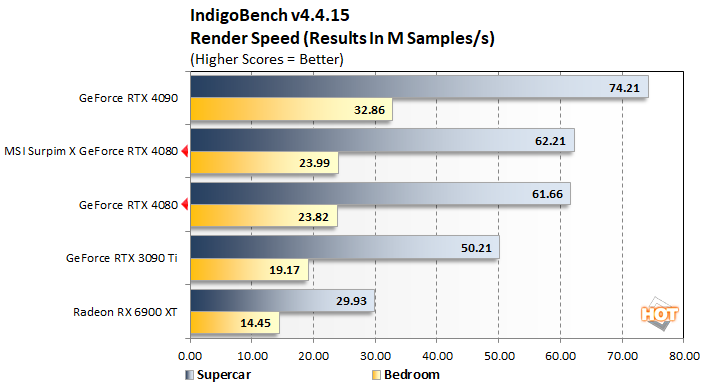 Blender is a free and open source 3D creation suite that can handle everything from modeling, rigging, animation, simulation, rendering, compositing and motion tracking, even video editing and game creation. The developers offer a standalone benchmarking tool that will track performance while rendering a handful of models. We used all three of the default models for these tests... 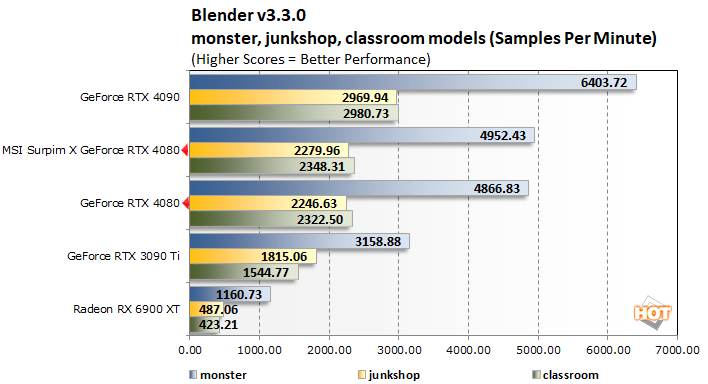 Blender leverages NVIDIA's OptiX framework to accelerate rendering on the GeForce RTX GPUs' RT cores and that advantage allows the GeForce cards to dominate overall. Still the GeForce RTX 4080 falls into the same position we've seen previously, clearly ahead of the RTX 3090 Ti, but well behind the RTX 4090.

The Blackmagic RAW Speed Test is a CPU and GPU benchmarking tool that tests the speed of decoding full-resolution Blackmagic RAW frames. The tool can be used to evaluate the performance at various resolutions and bitrates on the CPU or using OpenCL or CUDA on a GPU. We're reporting two results here, both at an 8K resolution, but at differing bitrates and compression levels. 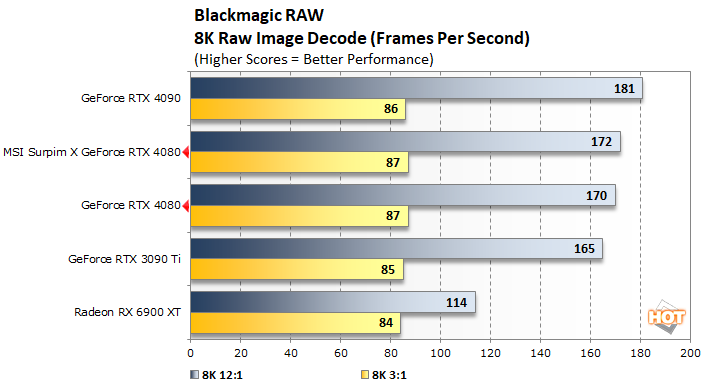 The new GeForce RTX 4080 series cards offered similar performance to the higher-end GeForce RTX 4090 here in the more taxing test using less compressed video. But in the 12:1 test, the deltas separating the NVIDIA and MSI GeForce RTX 4080s from the RTX 4090 was more significant.
PREV PAGE NEXT PAGE