After an official unveiling at Computex 2021 and last week’s launch of the powerful GeForce RT 3080 Ti, NVIDIA is ready to go open kimono and spill all of the new, more-mainstream GeForce RTX 3070 Ti’s juicy details. Cards are due to go on sale tomorrow, but we’ve been able to put a GeForce RTX 3070 Ti Founders Edition through its paces and have everything laid out for you on the pages ahead.

As its branding suggests, the GeForce RTX 3070 Ti is an update / upgrade over the original RTX 3070 which launched about seven months ago. NVIDIA didn’t just goose the clocks and call it day, however. Though its performance isn’t otherworldly versus the original standard card, the GeForce RTX 3070 Ti does have a number of significant and meaningful differences. Let’s look at its specs, a quick video tour and a couple of comparisons to previous-gen cards first, then we’ll dig in and get down to the nitty gritty... 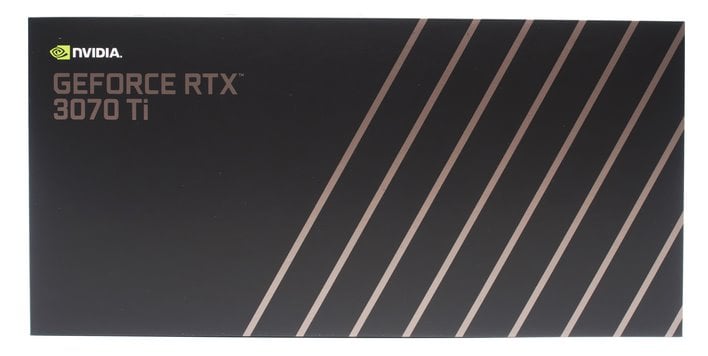 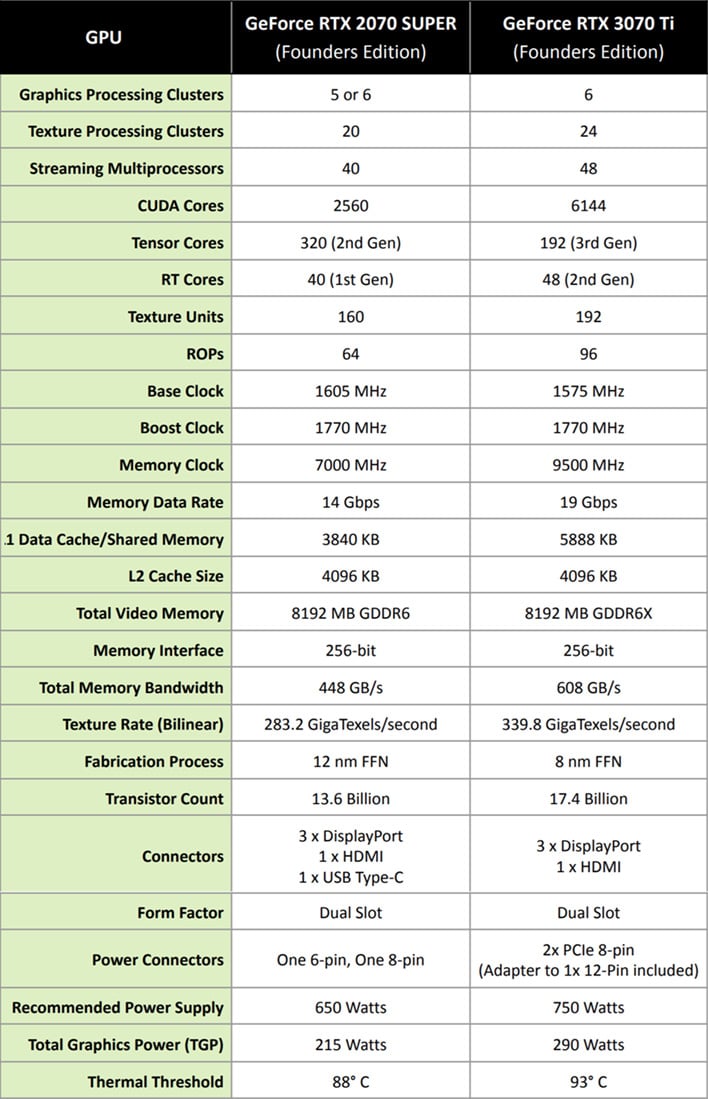 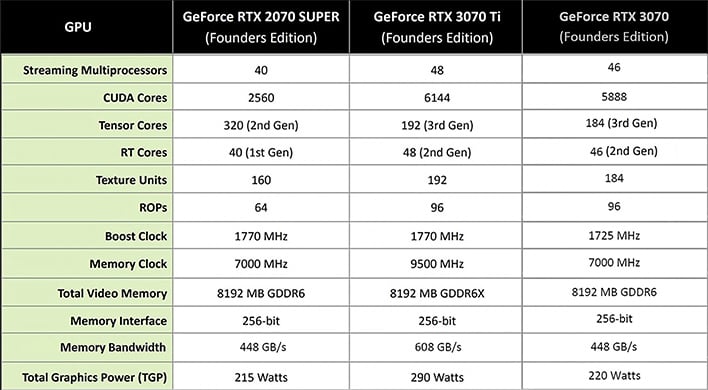 Before we dive any deeper into the GeForce RTX 3070 Ti though, we should direct your attention to a few previous HotHardware articles. We have already covered much of the underlying technology at the heart of this card, so we won’t be doing so again here. If you'd like a refresher on the backstory, however, we recommend checking out our coverage of NVIDIA’s initial GeForce RTX 30 series announcement, the deeper dive on its new features and the Ampere architecture as a whole, and our October coverage of the original GeForce RTX 3070 launch. Once you’ve got that all in your pocket, you’ll understand much of what makes the GeForce RTX 3070 Ti tick. 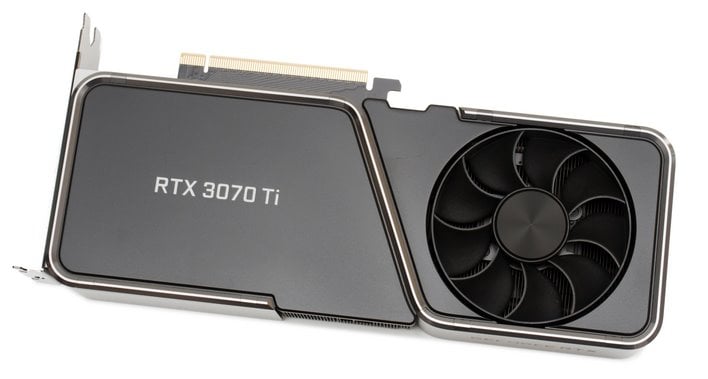 Like the GeForce RTX 3080, the cooler on the GeForce RTX 3070 Ti Founders Edition features dual axial fans, and a split heatsink design. One end of the heatsink array sits directly atop a vapor chamber that is affixed to the GPU and memory, with a fan on top. That fan directs air through the heatsink and immediately funnels it out of the chassis through vents in the case bracket. The heatsink on the back half of the card, however, which is linked to the front vapor chamber via heat-pipes, allows air from the second fan to pass all the way through the card, where it is meant to rise to the top of the chassis and then expelled from the system, assuming the chassis has adequate ventilation. 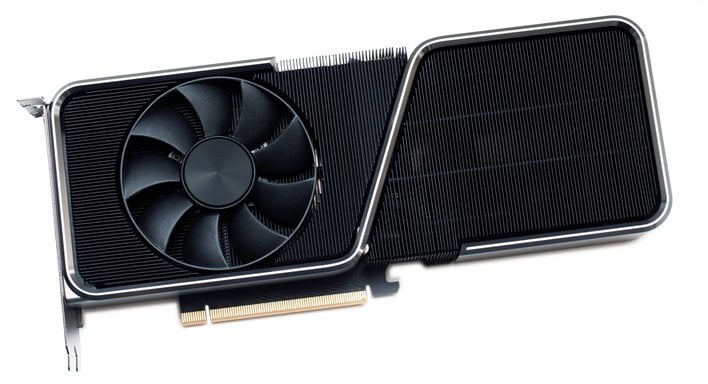 The pass-through style cooler works in conjunction with a dense, short PCB design. Like earlier GeForce RTX 30-series Founders Edition cards, the new 3070 Ti also features a miniaturized 12-pin power connector, though most partner boards will continue to use the traditional PCIe connectors that are more common today. NVIDIA includes an adapter with the RTX 3070 Ti that converts a pair of 8-pin PCIe connectors to the new mini-12-pin design, and a number of PSU manufacturers offer modular cables with the new connector as well. This is another difference between the original RTX 3070 and the RTX 3070 Ti. The adapter included with the original card only required a single 8-pin feed.

Like most of the other members of the Ampere family, the GeForce RTX 3070 Ti has triple full-sized DisplayPorts and a single HDMI output on its case bracket. That HDMI port is HDMI 2.1-compliant, which enables 4K120P with G-Sync on some of the latest OLED TVs and allows for 8K resolution over a single cable.
NEXT PAGE