How We Configured Our Test Systems: We tested the graphics cards represented in this article on a MSI X570 Godlike motherboard, equipped with a Ryzen 9 5950X and 16GB of G.SKILL DDR4 RAM clocked at 3,200MHz. The first thing we did when configuring the test system was enter the UEFI and set all values to their "high performance" defaults, then we disabled any integrated peripherals that wouldn't be put to use. The memory's clock was dialed in to its optimal performance settings using its XMP profile and the solid state drive was then formatted and Windows 10 Professional x64 was installed and fully updated. When the Windows installation was complete, we installed all of the drivers, games, applications and benchmark tools necessary to complete our tests. For all of the tests,  Radeon RX 6000 series cards were tested using their "Balanced" performance profile with Smart Access Memory (Resizable BAR) enabled. 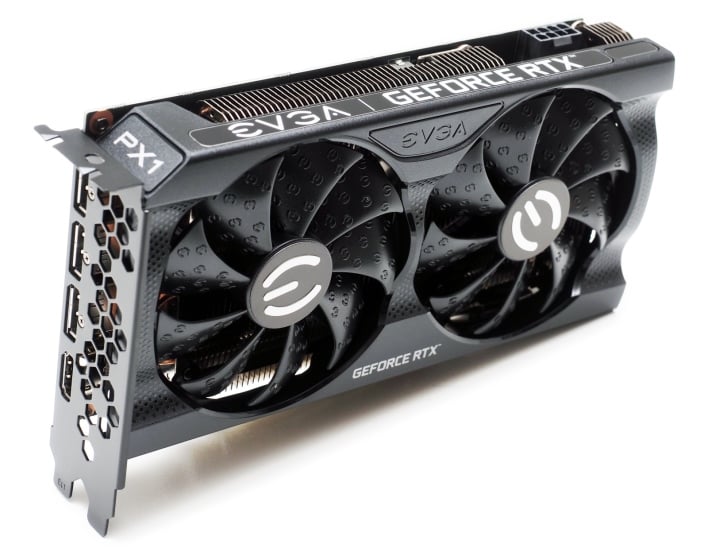 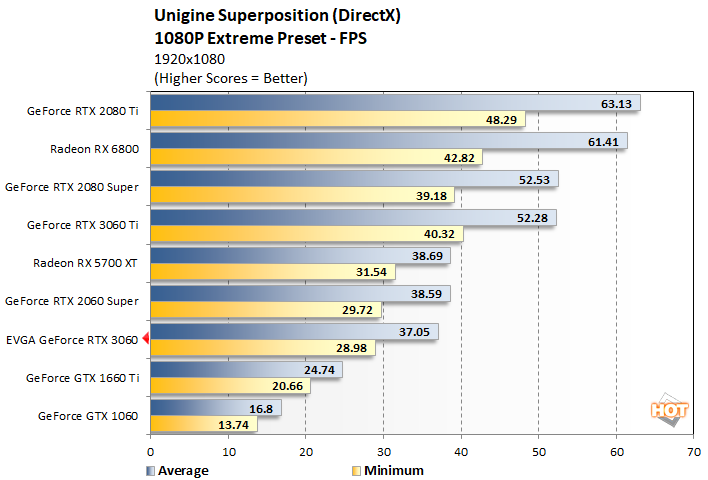 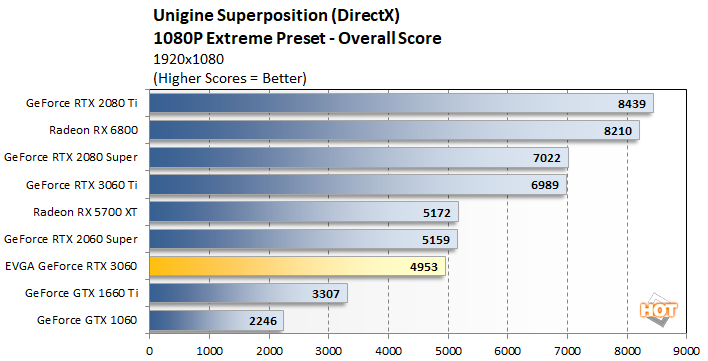 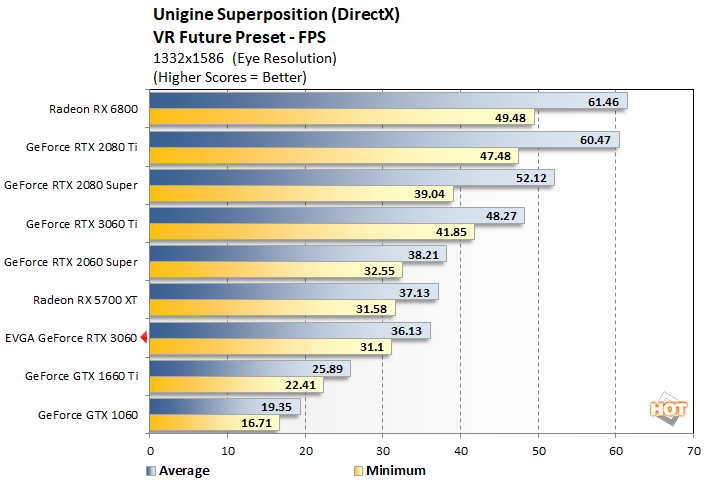 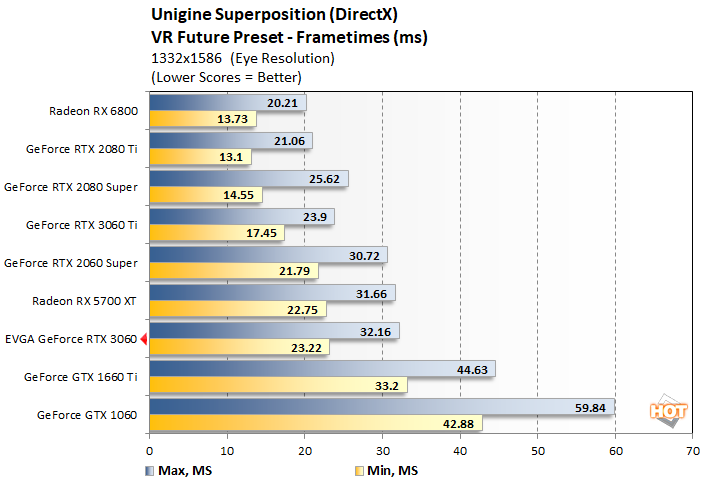 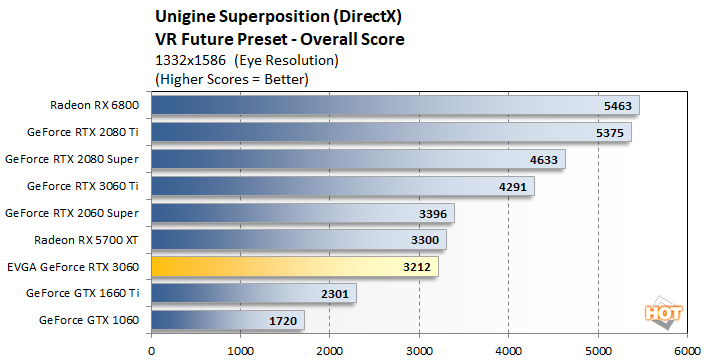 Superposition's VR Future benchmark also has the new GeForce RTX 3060 dominating the GeForce GTX 1660 Ti and GTX 1060, and it once again drop is behind the GeForce RTX 2060 Super, but this time the Radeon RX 5700 XT slots in between them. 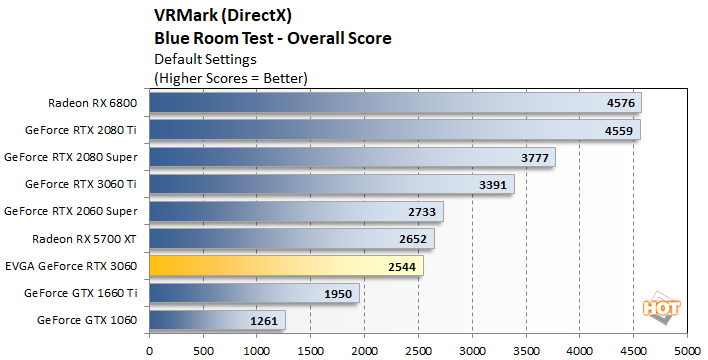 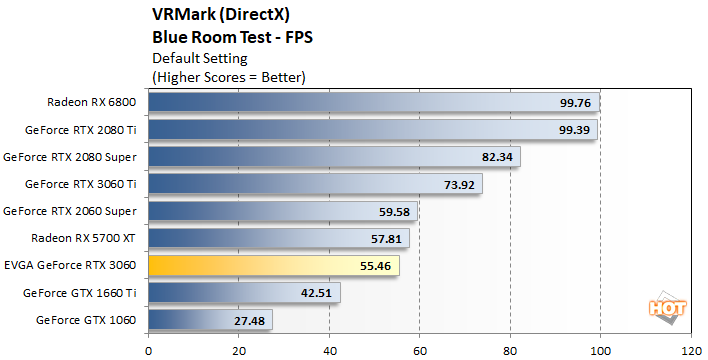 VRMark tells essentially the same story as Unigine's VR Future test. All of the cards we tested finish in the same order between the two benchmarks. 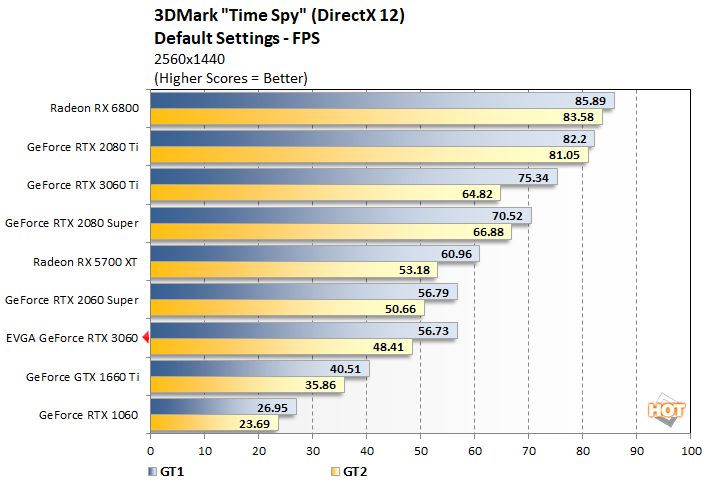 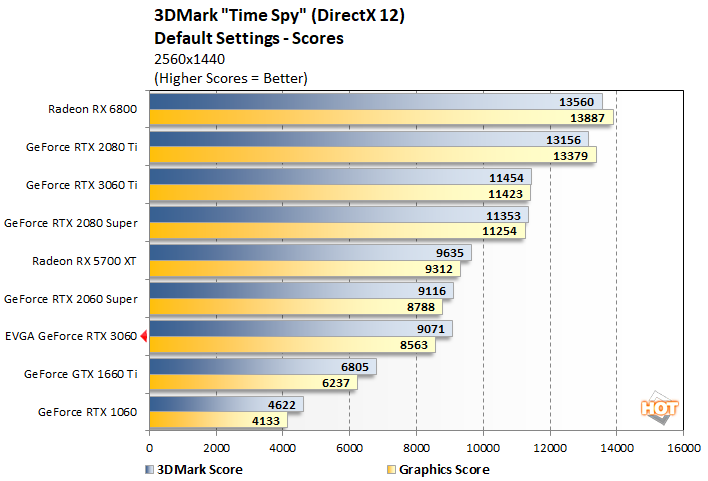 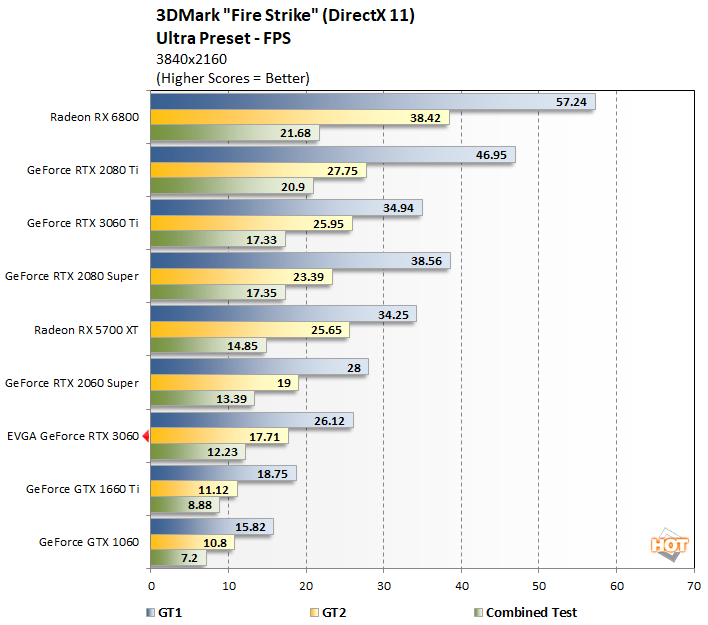 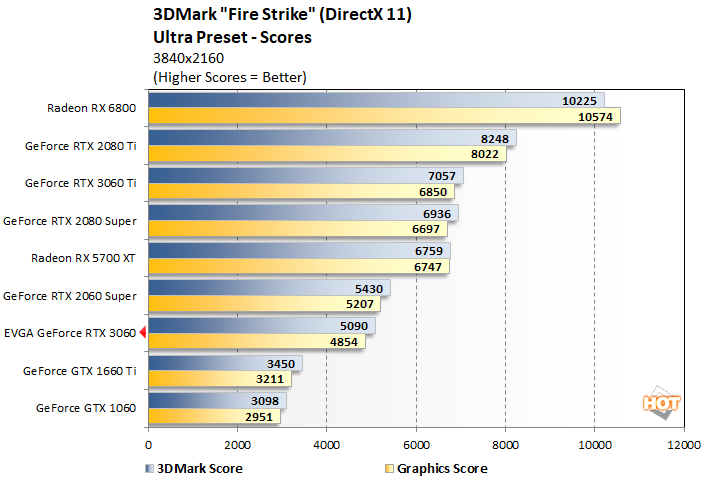 3DMark's DX11-based Fire Strike Ultra benchmark has all of the cards finishing in the same order as Time Spy as well, though the GeForce GTX 2060 Super has a slightly larger lead over the RTX 3060.

3DMark's Port Royal benchmark requires DXR-enabled drivers, so the Radeon RX 5700 XT drops out of the charts. The performance trend we've seen up to this point continues, however, with the GeForce RTX 3060 finishing just shy of the GeForce RTX 2060 Super. The GeForce GTX cards -- though capable of running DXR workloads -- lack dedicated hardware to accelerate ray tracing workloads, and fall way behind as a result.

We also played with the DirectX Ray Tracing Feature test, which was recently released as an update to 3DMark. This test requires dedicated ray tracing hardware and software and this juncture, so the GeForce GTX cards make an exit as well...

The second generation RT cores in the GeForce RTX 3060 propel it ahead of the GeForce RTX 2060 Super here, though it can't catch the much pricier Radeon RX 6800.
PREV PAGE NEXT PAGE