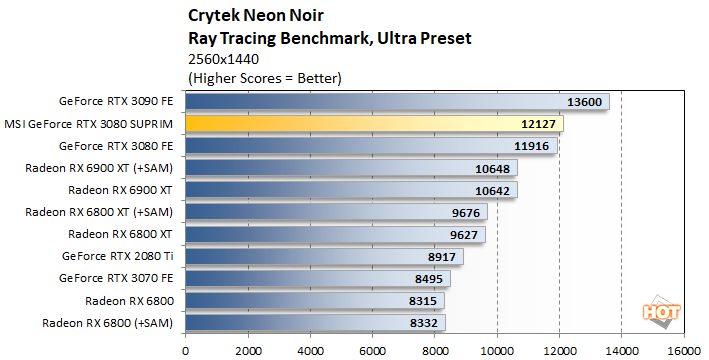 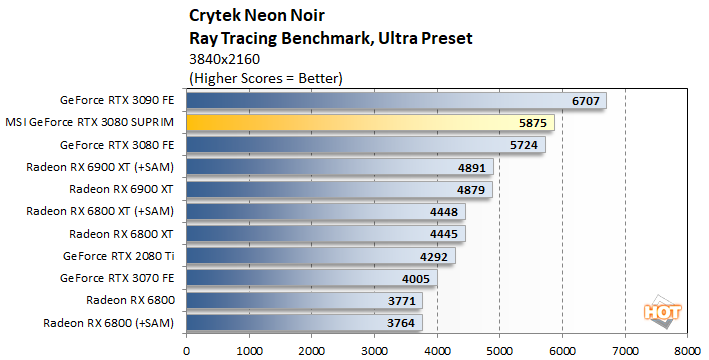 At this point, the performance trend should be pretty obvious -- once again we see the MSI GeForce RTX 3080 SUPRIM X outpacing NVIDIA's Founders Edition RTX 3080 by a few percentage points, and only the GeForce RTX 3090 is faster. 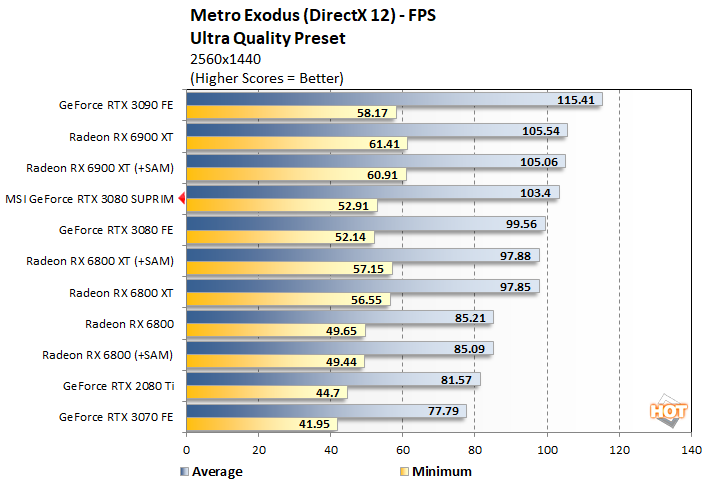 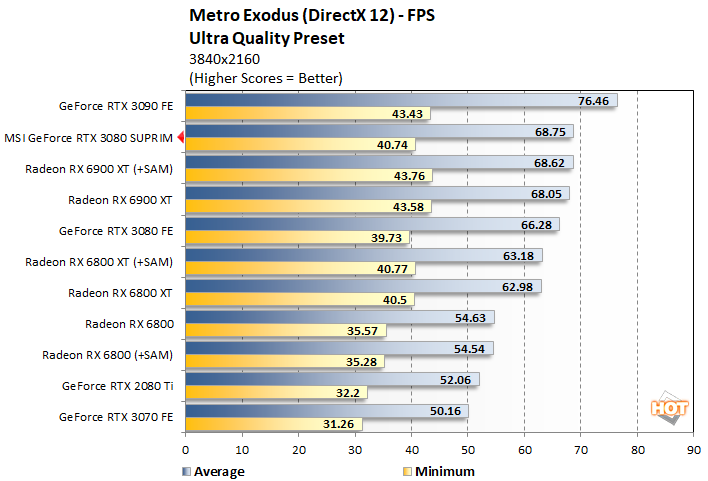 Using the Ultra quality preset in Metro Exodus, the MSI GeForce RTX 3080 SUPRIM X trails the 3090 and 6900 XT at 1440p, but it ends up outpacing the Radeon once the resolution is increased to 4K. 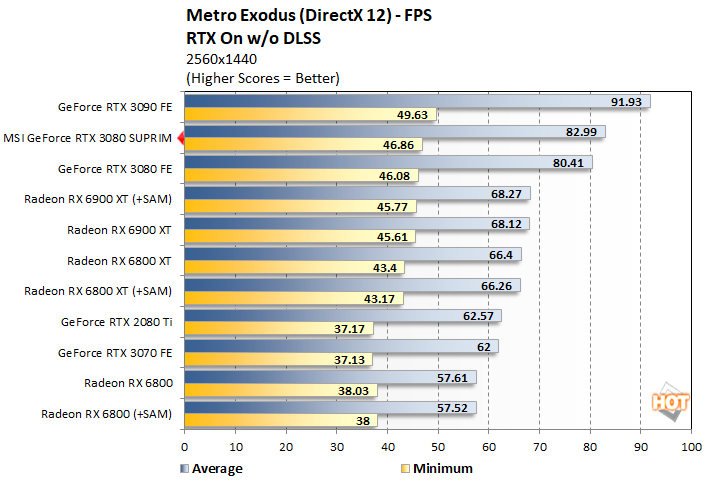 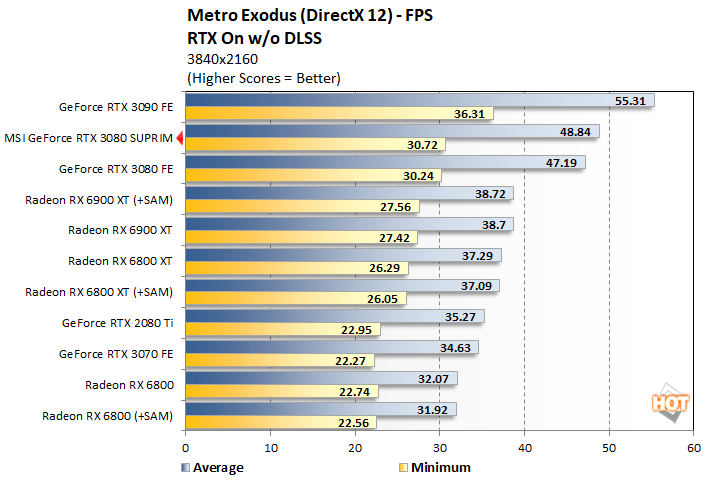 When using the RTX preset (which enables DXR ray tracing effects) in this game, the Radeon RX 6900 XT drops down a few rungs and we end up with a similar cadence with the MSI GeForce RTX 3080 SUPRIM X trailing only the high-end GeForce RTX 3090 but just a shade ahead of the RTX 3080 FE. 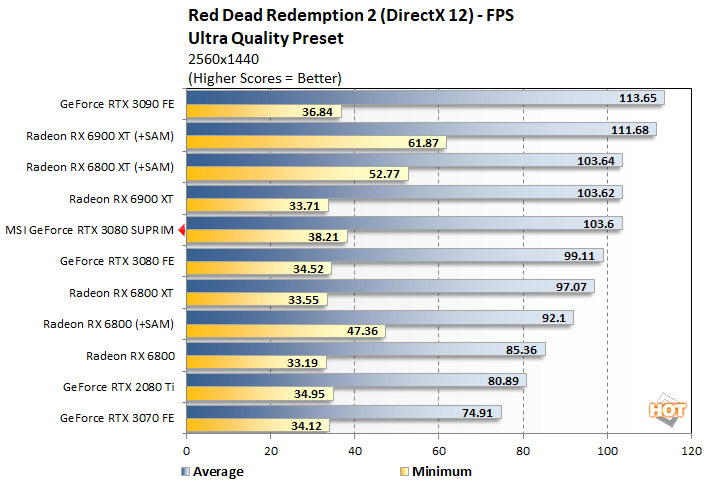 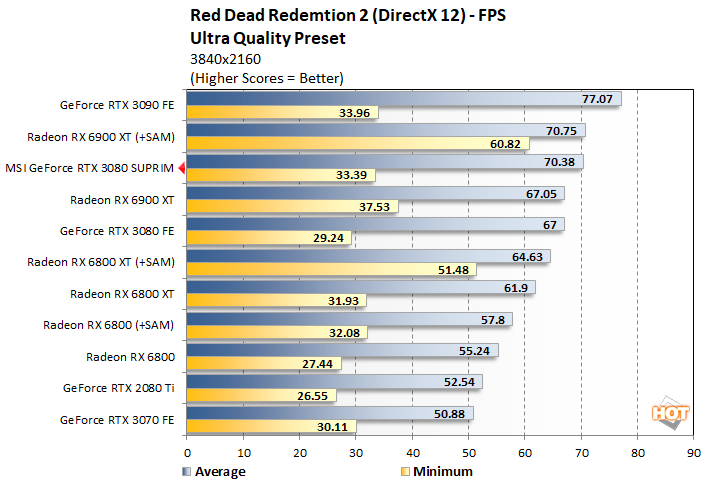 Enabling SAM in Red Dead Redemption 2 gave the Radeon RX 6000 series cards a boost in average framerate, but also significantly improved its minimum framerate. Overall though, we saw more of the same in this game. With the MSI GeForce RTX 3080 SUPRIM X outpacing the Founders Edition card by about 5 percent, and falling behind only the Radeon RX 6900 XT and GeForce RTX 3090. 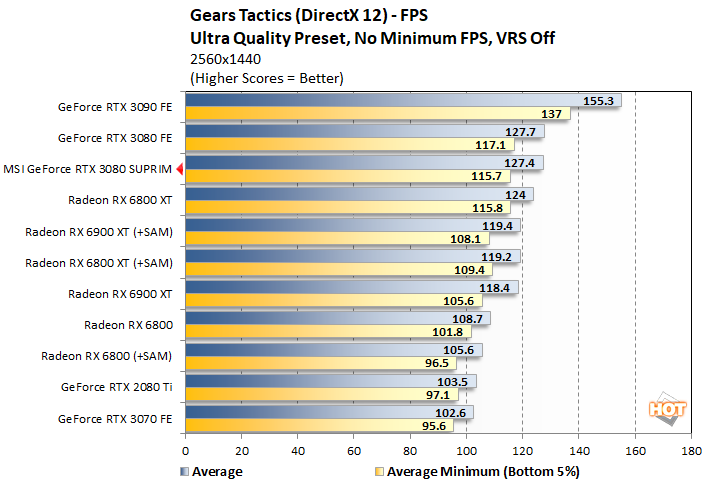 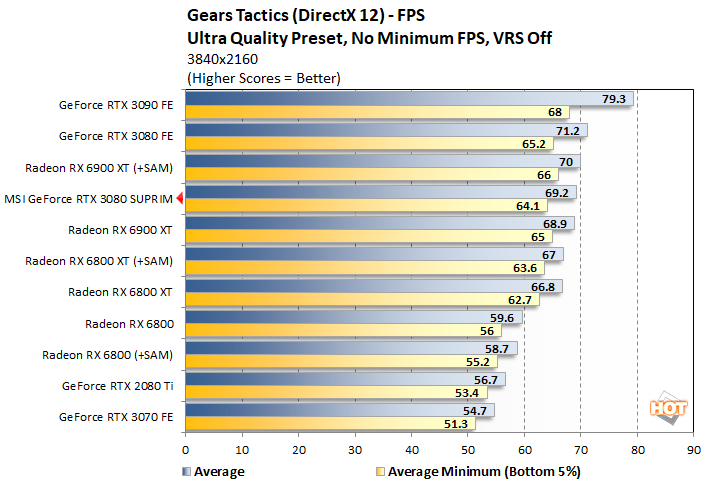 Strangely the MSI GeForce RTX 3080 SUPRIM X ends up trailing the GeForce RTX 3080 FE in this game. At both resolutions, the differences are relatively small, however, and wouldn't be perceptible in real-world use. 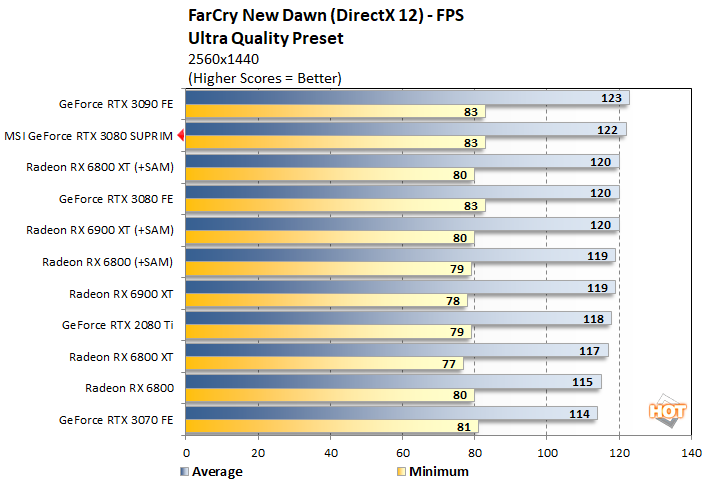 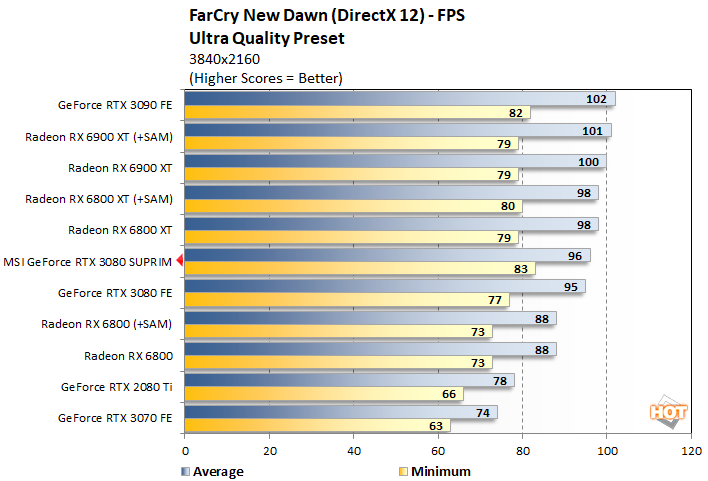 FarCry New Dawn was mostly CPU limited at 1440p, so there's not much to separate the high-end cards at that resolution. With the game cranked up to 4K, however, the MSI GeForce RTX 3080 SUPRIM X edges past the FE RTX 3080 card, but trails the Radeon RX 6000 series and GeForce RTX 3090. 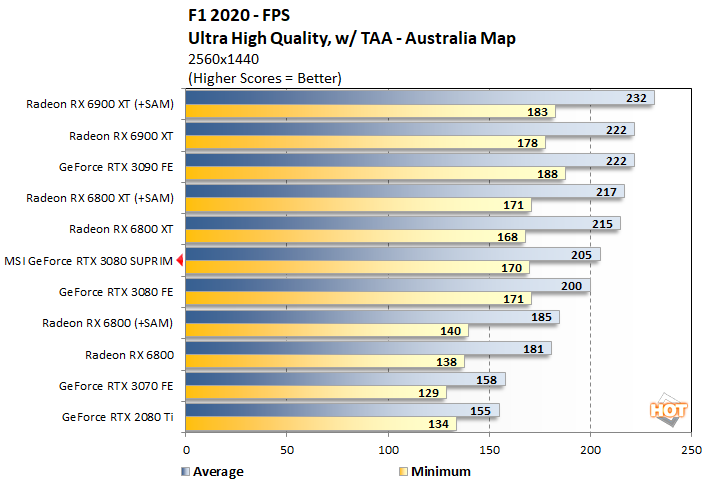 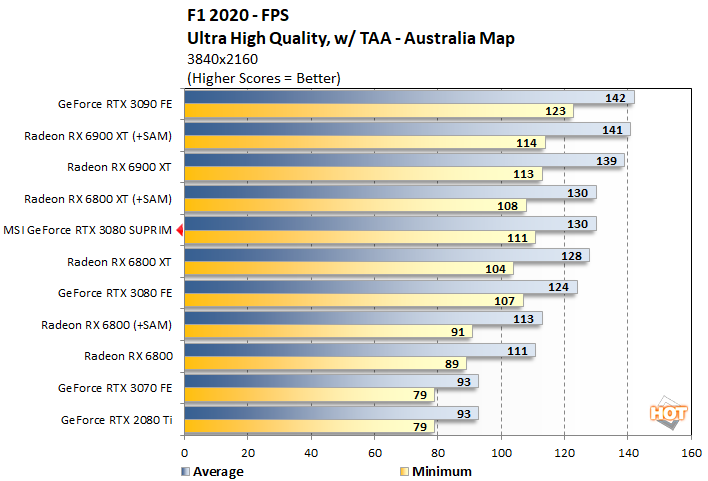 The overall performance trend in F1 2020 looks just like FarCry New Dawn, with the Radeon RX 6000 series cards (with SAM enabled) and GeForce RTX 3090 finishing on top, while the MSI GeForce RTX 3080 SUPRIM X lands slightly ahead of the RTX 3080 FE card.
PREV PAGE NEXT PAGE