Lenovo ThinkPhone By Motorola: PC Integration And Enterprise-Focused Features Are The Icing On The Cake 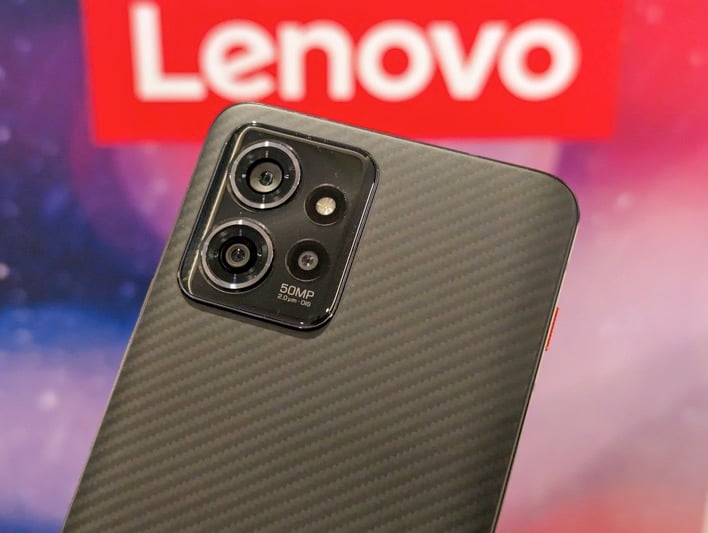 If you’ve ever used one of Lenovo’s ThinkPads, you’re familiar with the solid build, high-quality materials, superior ergonomics, and high–end specs these laptops offer. Now, the company is hoping to replicate this experience with the ThinkPhone by Motorola, a flagship smartphone that aims to deliver the same look, feel, and enterprise-focus as Lenovo’s iconic computers, but in a pocket-sized device.


I spent some time with the ThinkPhone at CES 2023, where it was announced last week, and I came away quite impressed. While Lenovo manufactures and sells its own handsets in some markets, it enlisted Motorola to design the ThinkPhone. Based on the specs and overall dimensions, it looks like Moto used the existing Edge 30 Fusion as a starting point for the ThinkPhone, with some significant changes. Here's a hands on look at the device before we dig in a little deeper...


First, Moto swapped the Edge 30 Fusion’s Snapdragon 888+ for a Snapdragon 8+ Gen 1, and the 6.55-inch OLED display with curved edges was ditched for a completely flat 6.6-inch OLED screen with the same 1080p resolution and 144Hz refresh rate. Second, Moto updated the ThinkPhone’s OS from Android 12 to Android 13, and the battery from 4400mAh to 5000mAh – keeping 68W fast wired charging but adding 15W wireless charging. 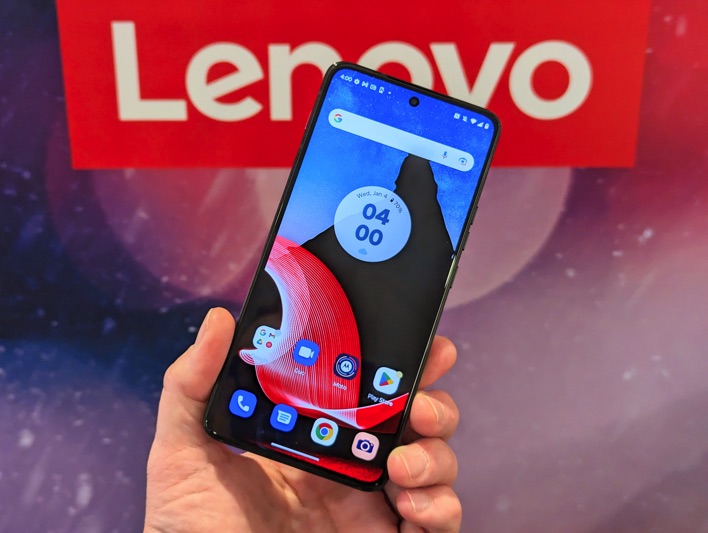 Most importantly, Motorola made this new handset a lot more rugged. While both phones have an aluminum frame, the ThinkPhone boasts a Gorilla Glass Victus front, and a weaved aramid fiber back reminiscent of the finish on Lenovo’s ThinkPad X1 Carbon laptops. Plus it’s MIL-STD-810H rated and IP68 water and dust resistant. As a bonus, Moto added a programmable red aluminum button on the left side. 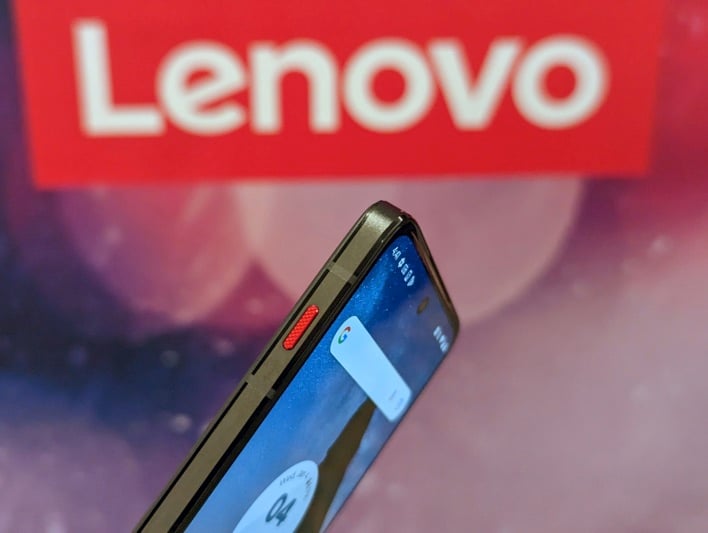 
But this is more than just an attractive, rugged smartphone with flagship specs. While I was impressed with how solid (and comfortable) the hardware felt in hand, Lenovo has also endowed the ThinkPhone with a bunch of software tricks similar to Apple’s Continuity. These features, called Think 2 Think, are enabled via an app for Windows 10 or 11. Simply pair your ThinkPhone with the app, and you’re ready to go. 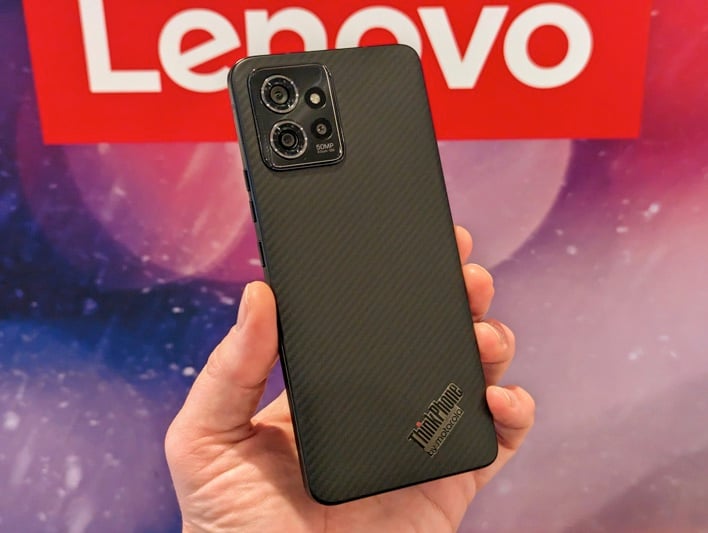 This app syncs your ThinkPhone’s clipboard with your PC’s, enables 1-click hotspot sharing, lets you use the handset as a webcam, and automatically puts the last picture you shot with your phone on your PC’s clipboard. In addition, the ThinkPhone offers enterprise-centric features like a separate Moto KeySafe security chip, and an app called Moto Secure that allows IT departments to remotely manage the ThinkPhone.


Neither Lenovo nor Motorola have announced pricing yet, but the ThinkPhone is expected to launch globally (and in the US) “in the next few months”. Overall, this is an interesting device with specs that match or surpass Moto’s best smartphones. I expect it to be popular with IT managers and ThinkPad fans alike. There’s only one thing missing here: a notification LED above the “i” in ThinkPhone. Lenovo, Moto, are you listening?