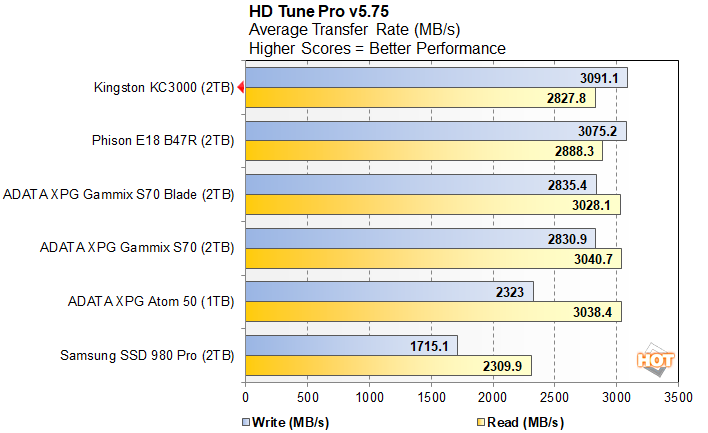 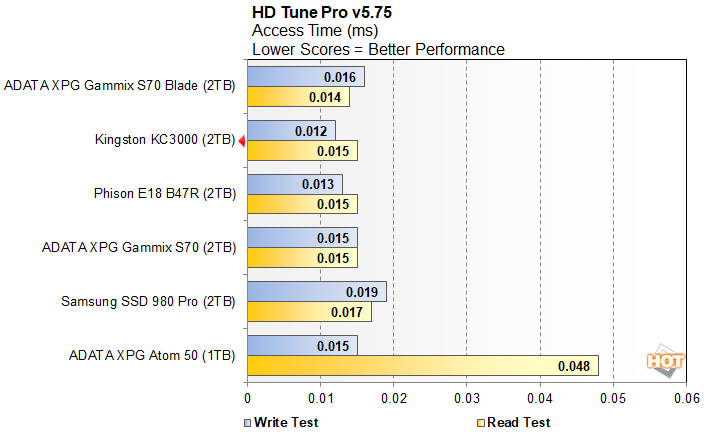 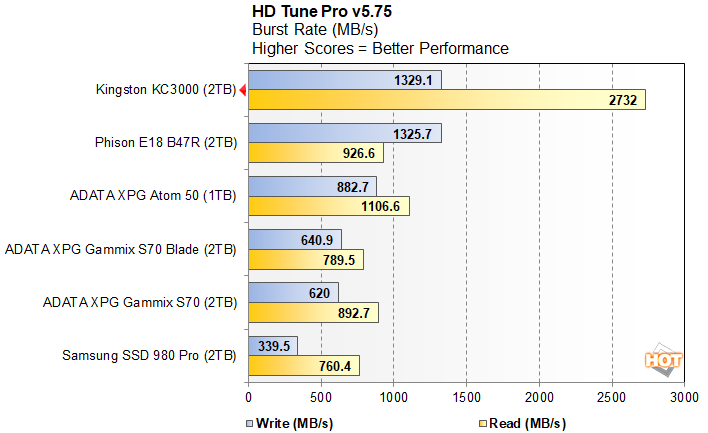 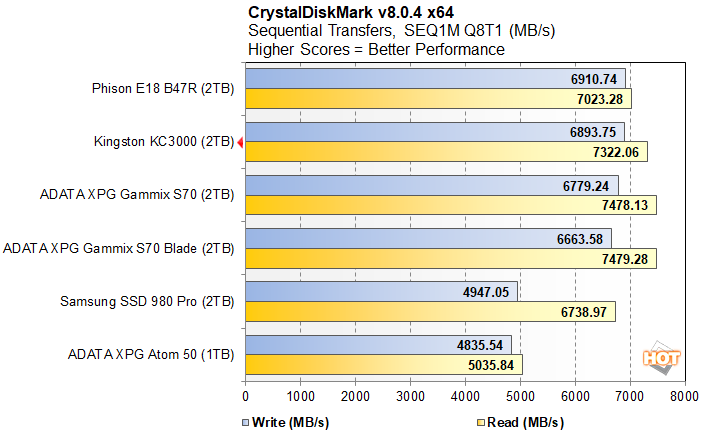 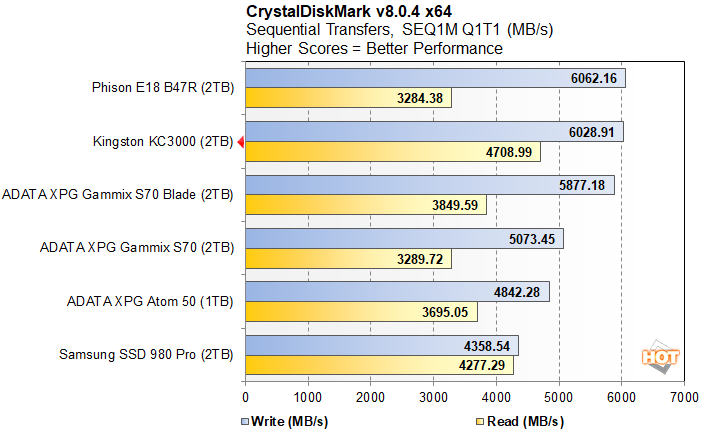 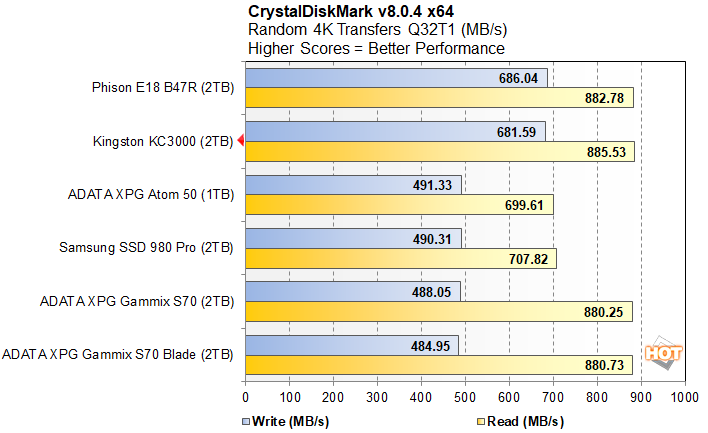 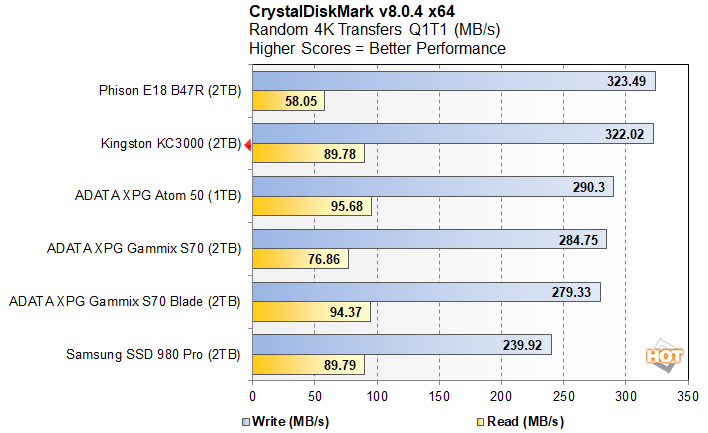 The Kingston KC3000 also performed well across all of the CrystalDiskMark tests. The drive offered excellent sequential reads and writes and some of the best random 4K performance of the bunch, regardless of queue depth.

The Kingston KC3000 trailed all of the other drives we tested here, save for the Phison E18 B47R reference drive. That said, we're only talking about a fraction of a second difference, averaged out over all of the game levels tested.

In the trace-based PCMark tests, the Innogrit-based ADATA SSDs clearly led the pack and offered the highest scores and measured bandwidth, with the lowest latency. The KC3000 outran Samsung SSD 980 Pro, however.

There has been a consistent influx of high-end SSDs lately, especially after Sony’s recent update to the PS5 which enabled the use of M.2 drives on the console. We’ve looked at some killer drives too, and compared the Kingston KC3000 to some of the best performers we’ve come across. In light of some of the best performing PCIe Gen 4 drives currently on the market, the Kingston KC3000 doesn’t lead the pack across the board, but the drive does offer excellent performance nonetheless. The KC300’s sequential performance is especially strong, as is its consistently low latency, and excellent random 4K reads and writes (at a variety of queue depths). 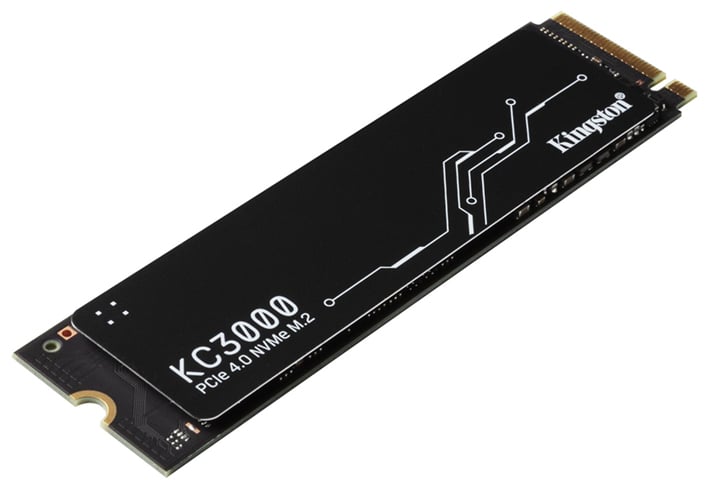 
In many of the synthetic tests, the Kingston KC3000 puts up class-leading performance. Where it trailed somewhat was in the trace-based tests and in the game level load times. That said, performance was still very good – it just didn’t catch the Innogrit-based drives in those particular tests. Overall though, the Kingston KC3000 is an excellent, high-end solid state drive that will address the needs of enthusiast, gamers and content creators alike. The drives can be found for about $0.20 - $0.24 per gigabyte at various on-line e-tailers (~$459 for the 2TB model), which means they command a bit of premium versus some other enthusiast-class PCIe Gen 4 SSDs. If you’re looking for a high performance SSD backed by one of the most well established players in the space though, the Kingston KC3000 is absolutely worth a look.