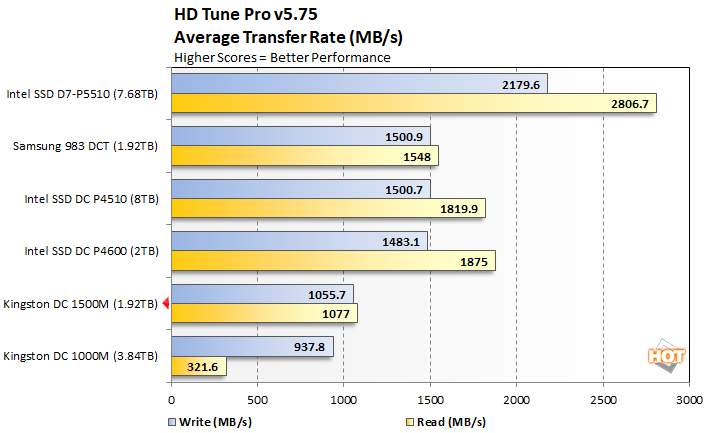 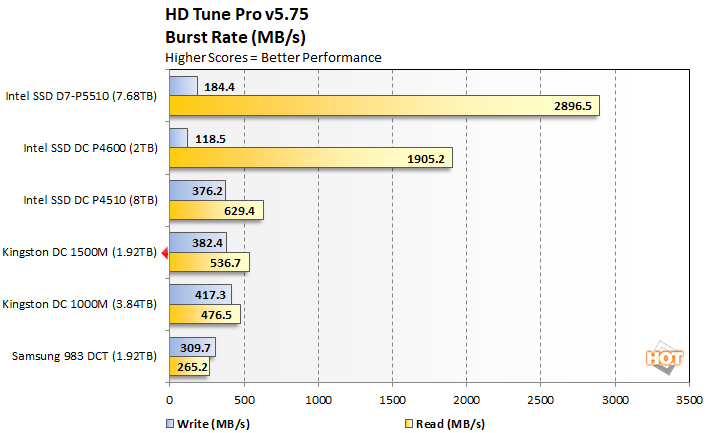 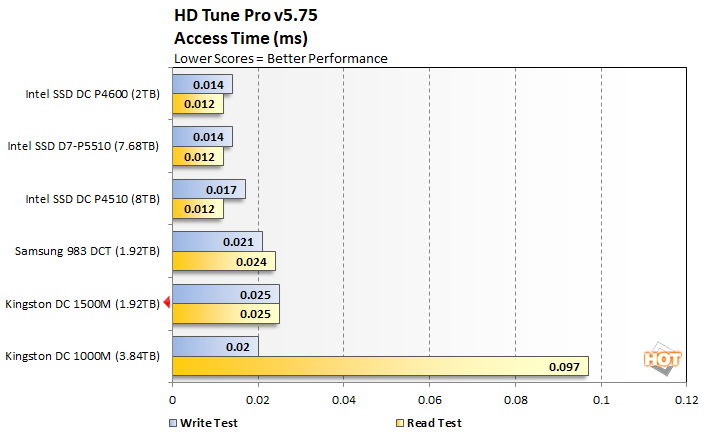 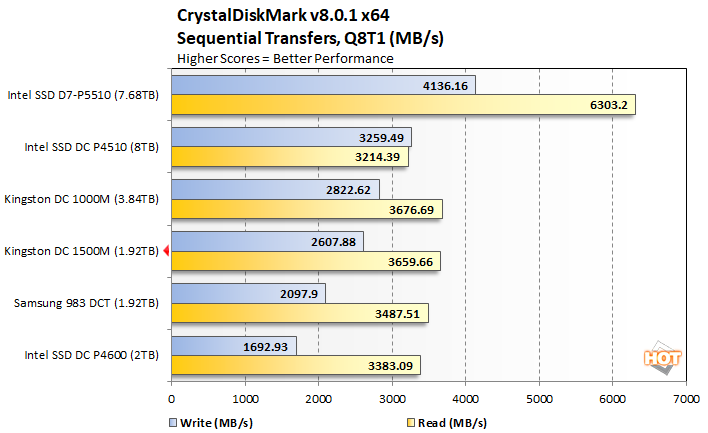 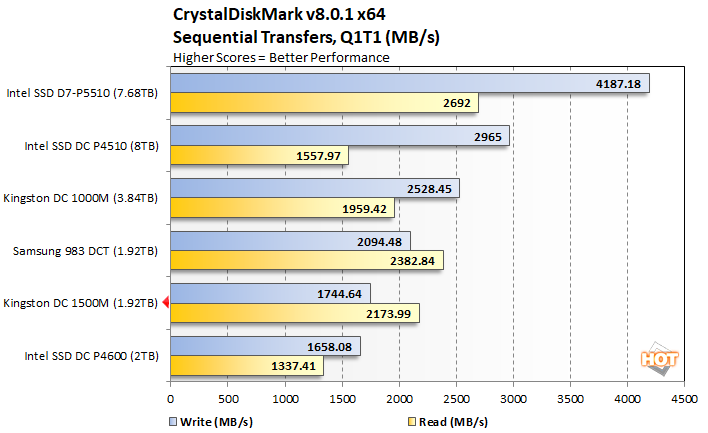 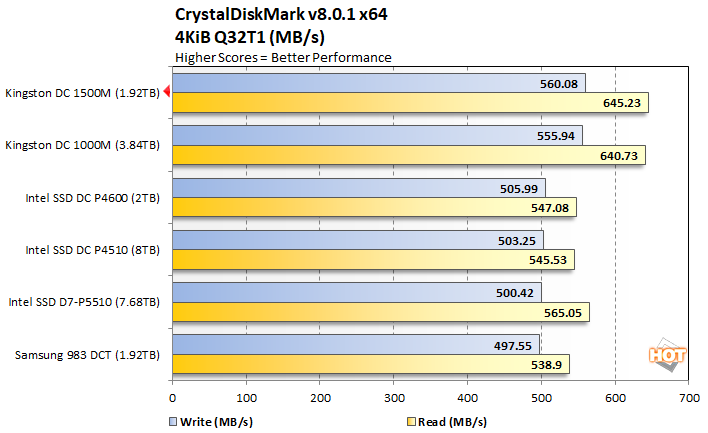 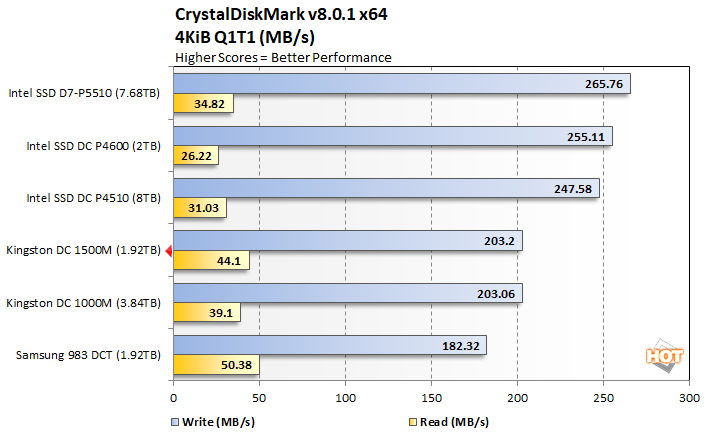 The Kingston DC1500M performed best in the higher queue depth CrystalDiskMark tests, where it scored the best random 4K QD32 result of the bunch. Sequential reads were also competitive, though writes trailed most of the other drives we tested. 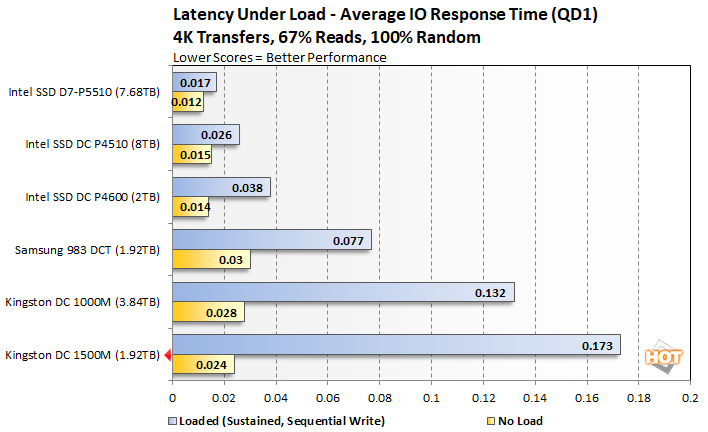 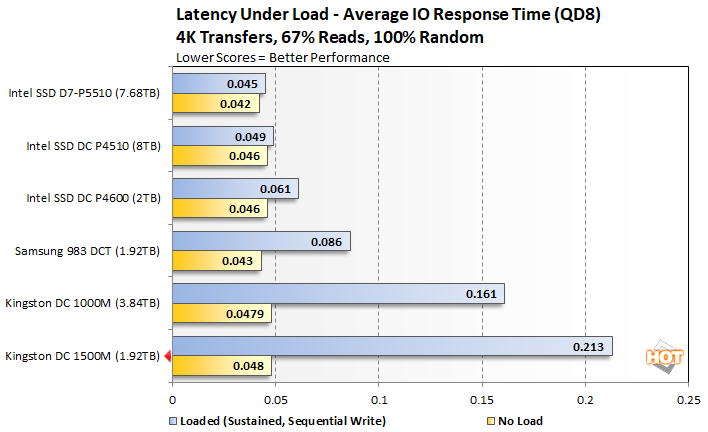 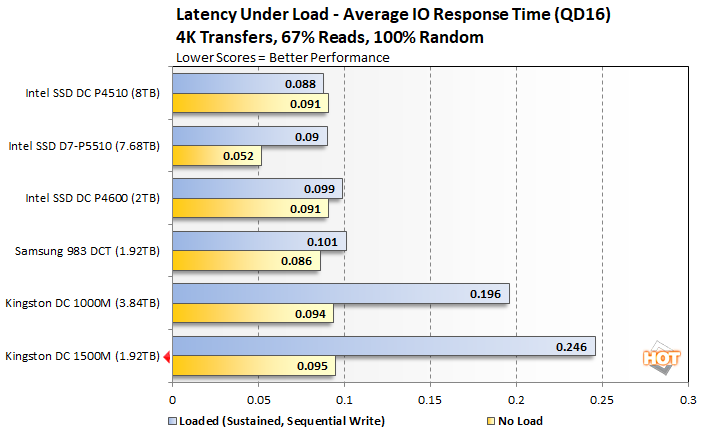 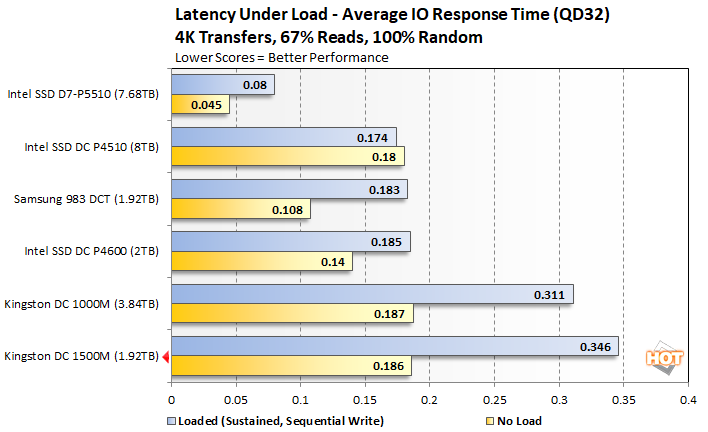 While under a sustained sequential write workload, the Kingston DC1500M took the largest hit to latency and ends up trailing the other drives we tested, including the previous-gen DC1000M.

Kingston rates the 1.92TB DC1500M drive we tested for up to 3.3GB/s reads with up to 2.7GB/s writes. In our testing, the drive actually exceeded those numbers in a few spots, namely in the ATTO and CrystalDiskMark sequential read tests. Random 4K transfers fall about in the middle of the pack versus the other drives we tested, save for the highest queue depths, where the DC1500M led the pack. 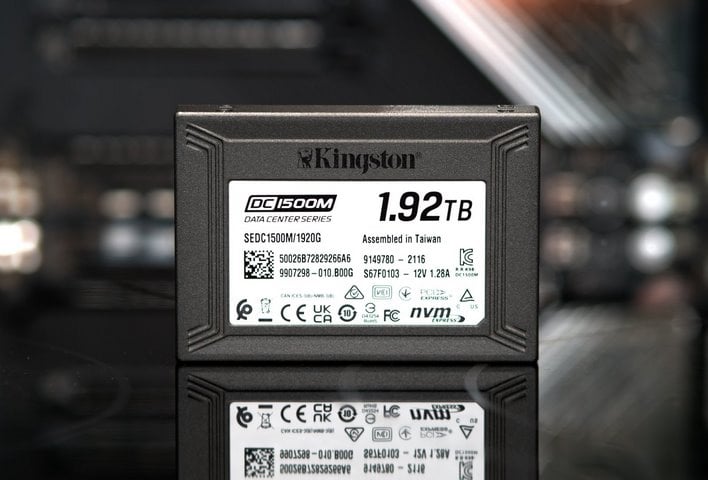 Kingston DC1000M series drives are currently selling for about $0.22 - 0.25 per gigabyte (the 1.92TB drive we tested is priced at $483 as of the time of publication). That puts Kingston’s pricing right in-line with competitive models, but we expect street pricing to be somewhat more aggressive as time progresses and availability ramps up. Looking back through the numbers, the DC1500M seems best suited to read transfers at higher queue depths, where it remained competitive with the Gen 3 Intel and Samsung drives.

If you're in need of high-capacity, enterprise-class solid state storage, with full power loss protection, multiple namespace support, and a solid warranty, the Kingston DC1500M series is worth a look, especially if your workloads are aligned with its particular strengths.