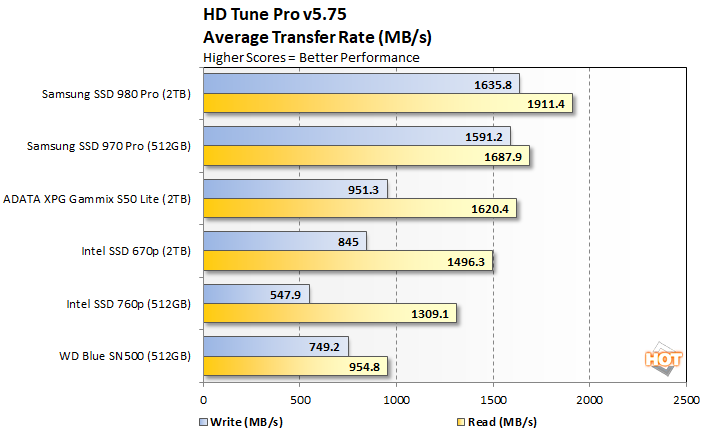 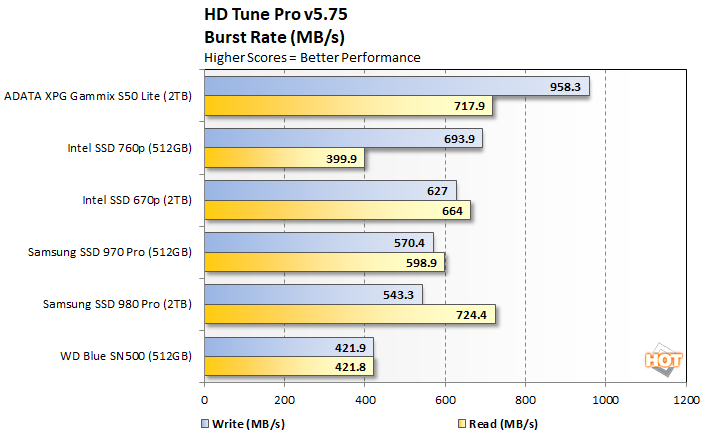 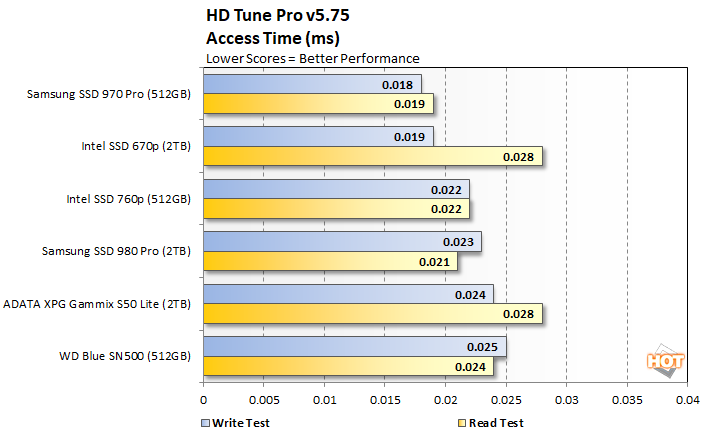 The Intel SSD 670p lands just behind the ADATA XPG drive according to HDTune's transfer tests, with some of the best write latency. Read latency, however, was somewhat higher than most of the other drives. 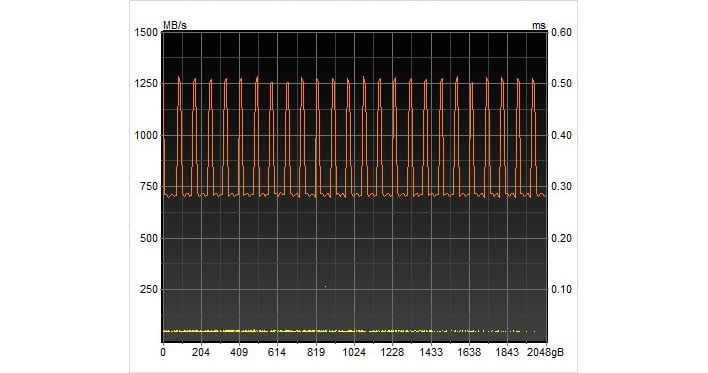 It is worth noting that the Intel SSD 670p's write performance with this benchmark shows a consistent saw-tooth pattern as the dynamic SLC cache is constantly filled and flushed and data is written across the entire drive. The charts above represent the average write speed, but peak writes -- which are more important for smaller transfers -- are much higher. 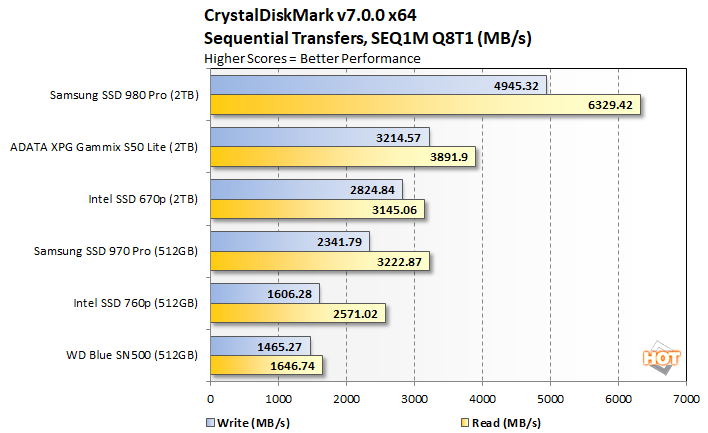 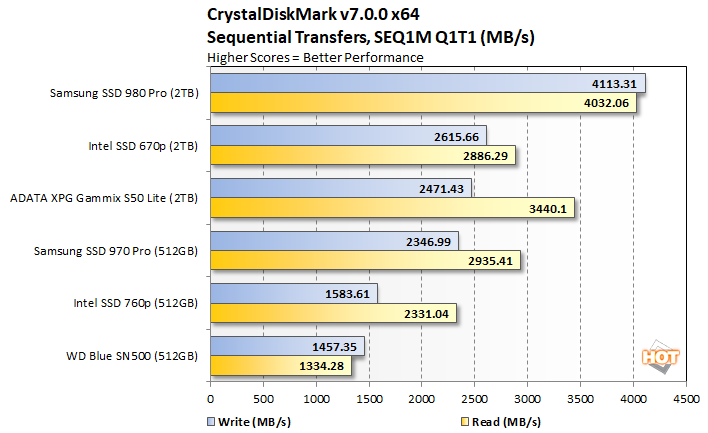 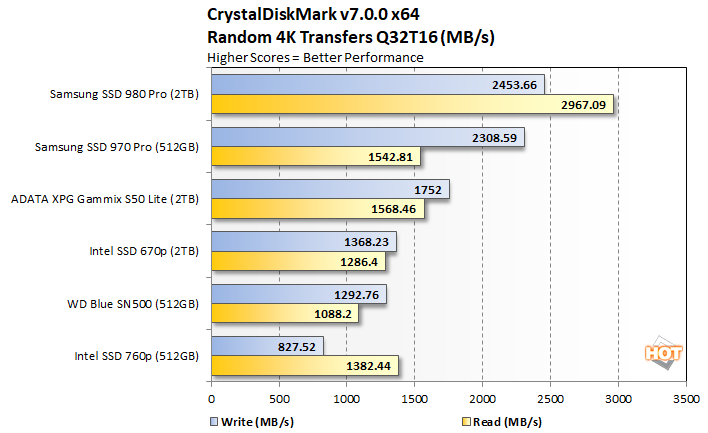 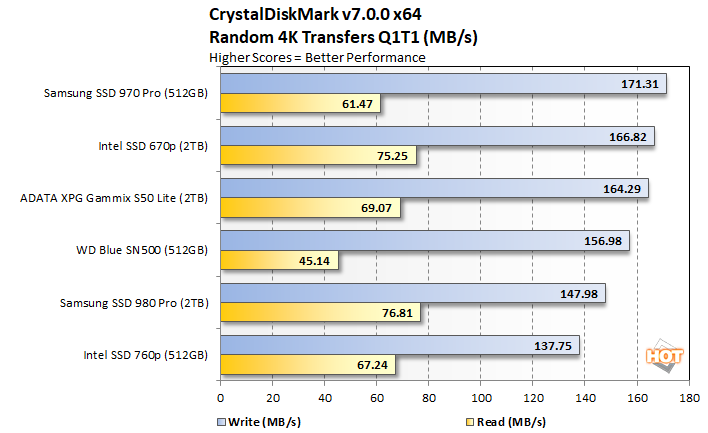 The Intel SSD 670p trades blows with the Samsung SSD 970 Pro in the sequential transfer tests, which is great for a mainstream, budget-friendly SSD. In the high-queue depth random 4K test, the Intel SSD 670 ends up outpacing the 760p and WD drive, but can't keep pace with the 970 Pro any longer. Moving on to the important QD1 4K transfer test, however, shows the Intel SSD 670p's strength. In the 4K Q1T1 test, the SSD 670p lands in second place, with significantly better reads than the 970 Pro and writes only a few MB/s behind.

Intel SSD 670p drives should be available today from your favorite on-line retailer and they’ll be coming to OEM systems starting in Q2. Manufacturer suggested pricing for the drives is as follows: 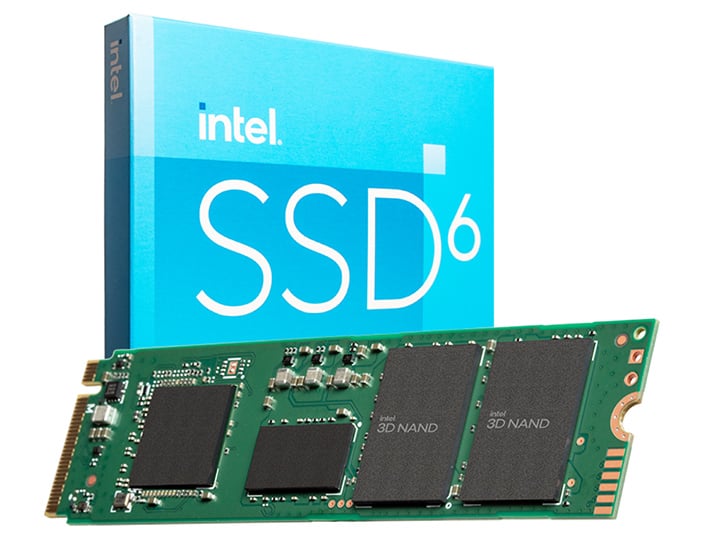 
Looking back through the numbers, Intel seems to have a solid offering with the SSD 670p. Sequential transfers aren’t as impressive as some higher-end drivers, but access times, random transfers at low queue depths, and the trace-based tests look good, especially considering the drives’ MSRPs, improved endurance, and 5-year warranty. If you’re shopping for a relatively affordable, NVMe SSD, and don’t mind the middling sequential throughput, the Intel SSD 670p would be good choice.