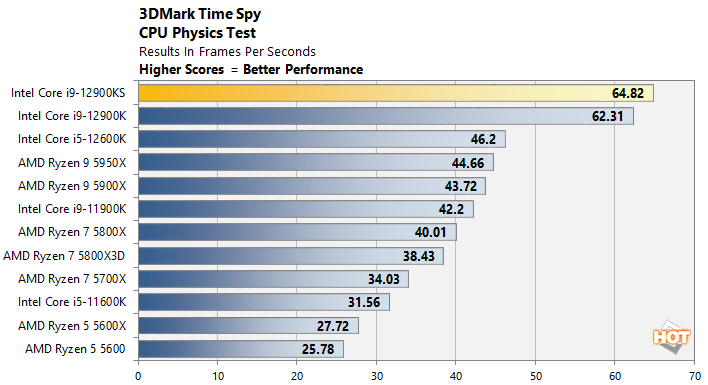 Like many of the other tests we've run thus far, 3DMark's CPU Physics test has the Core i9-12900KS leading the pack. The Core i9-12900K was already strong here -- goose the clocks and this is the result. 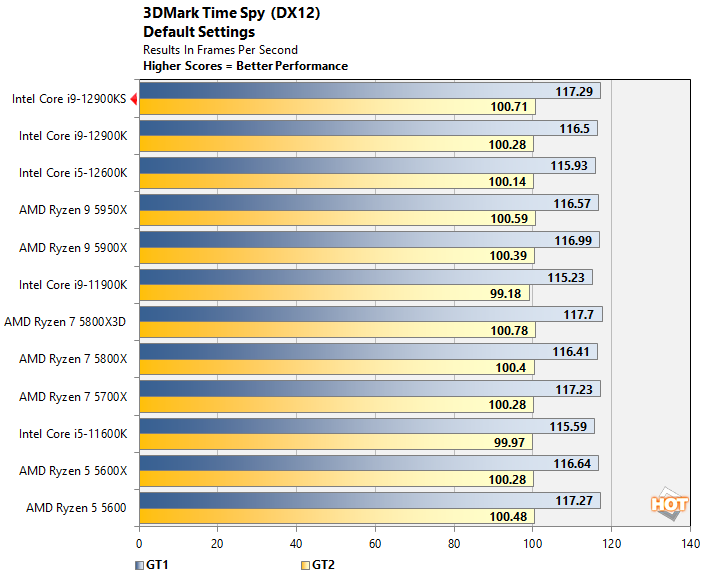 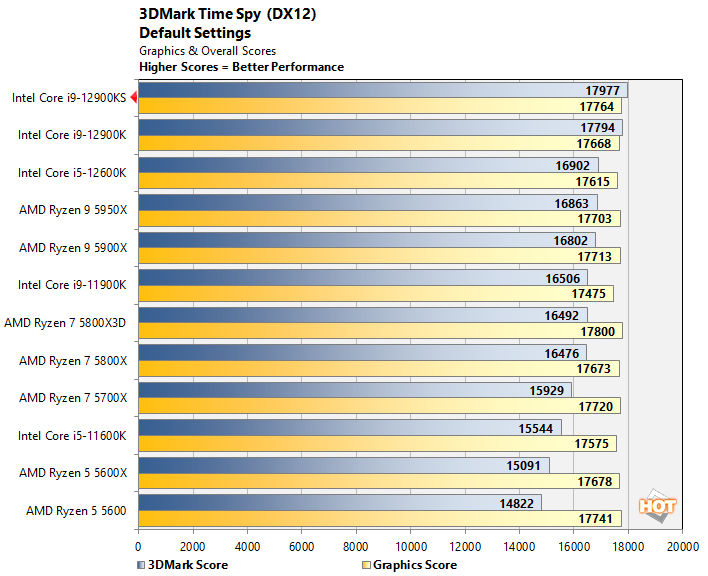 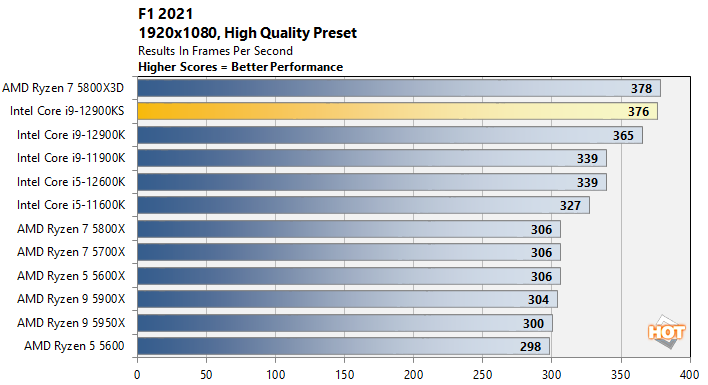 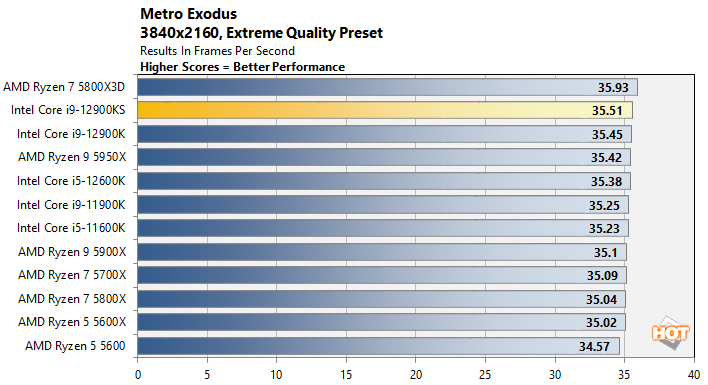 When running a handful of actual games at 1080P with high / normal / medium image quality settings, however, AMD flips the script. In all of the games we ran the Core i9-12900KS performed very well, but AMD's special Ryzen 7 5800X3D with massive 3D V-Cache pulls ahead. 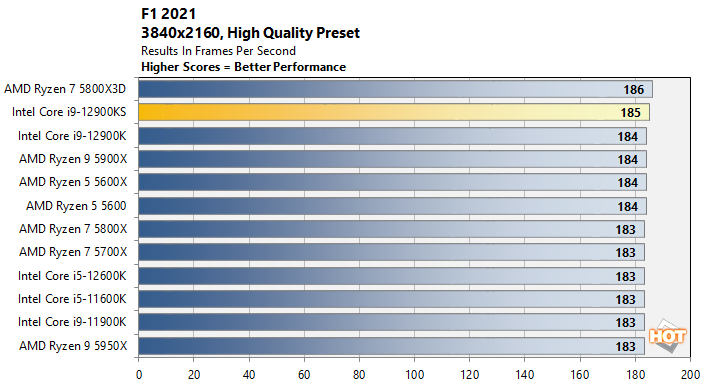 With the resolution cranked up to 4K, and high / extreme image quality settings used in the games, the playing field levels considerably. The Ryzen 7 5800X3D technically "wins" again, but the Core i9-12900KS is right there nipping at its heals.

Throughout all of our benchmarking and testing, we also monitored how much power our Core i9-12900KS-powered rig was consuming with a power meter, versus the other systems we used for comparison. 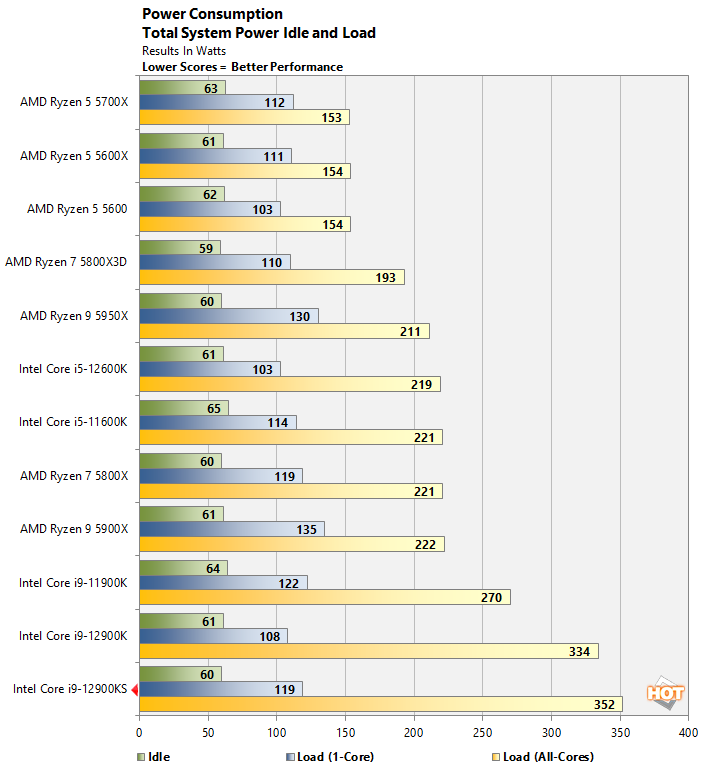 It should come as no surprise that the Core i9-12900KS was the most power-hungry processor of the pack. In its default configuration, on our MSI motherboard, when using an AIO liquid cooler (which enabled the highest power envelopes for Alder Lake), the Core i9-12900KS had the highest instantaneous power of the group. The power deltas between it and the original Core i9-12900K are roughly in-line with the KS' increased performance.

If you paid attention to the intro and digested its specifications, the Core i9-12900KS’ performance was probably quite predictable. When the OG Core i9-12900K arrived, we found its performance to be exemplary, bit with power consumption characteristics that were significantly higher than competing processors from AMD. The Core i9-12900K’s power was also high relative to the more mainstream Core i5-12600K, which is a hint that Intel was clearly pushing the frequency and voltage curve with the 12900K.

Increasing its clocks has a predicable effect on the Core i9-12900KS – its performance is markedly higher than the original across the board, and commensurately so is its power consumption. All told, though, considering how strong this processor’s performance is across such a wide array of workloads, we’re good with it. If you want the fastest all-around, mainstream (non-HEDT) desktop processor, the Core i9-12900KS is it. 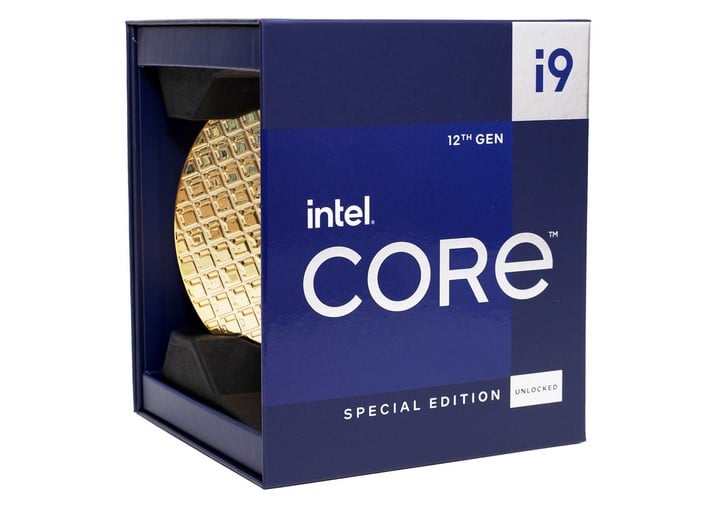 
In terms of pricing, the Core i9-12900KS can currently be had for about $740. That’s about $90 higher than current street prices on AMD’s Ryzen 9 5950X. Factor in the cost of a high-end Z690 motherboard and fast DDR5 RAM and there is definitely a premium for going with the Core i9-12900KS, but considering the leading edge IO on the platform and excellent all-around performance, the premium is easily justifiable.

In terms of relative value, the original Core i9-12900K or KF (sans IGP) are clearly better buys at roughly $530. If you got the budget though, the Core i9-12900KS is a killer processor. It currently represents the pinnacle of Intel’s desktop platform and we have no problem approving it for anyone that wants the best of the best.