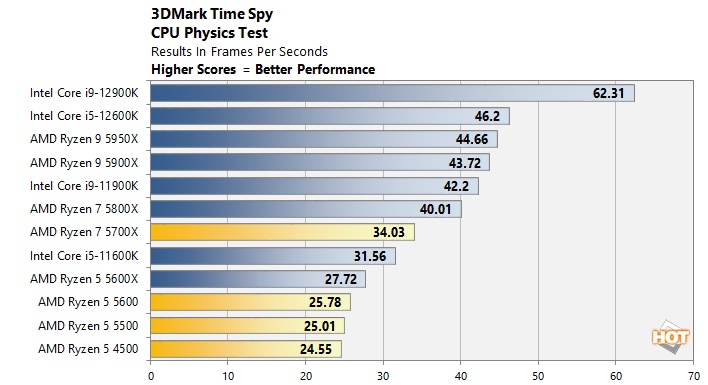 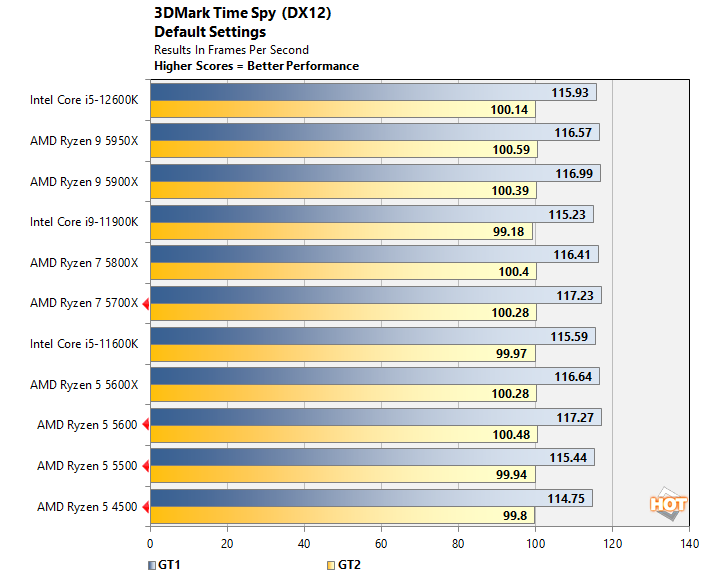 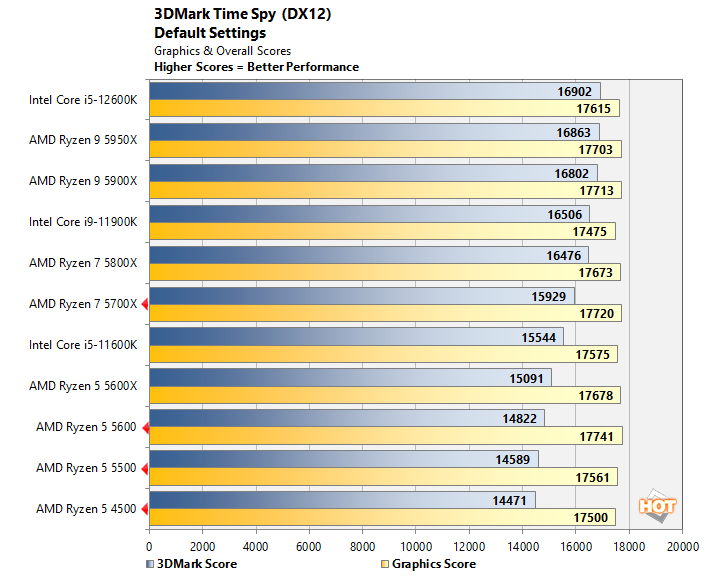 In the overall 3DMark Time Spy scores, you can see how the Physics scores affect the overall ranking. Though the GPU (in this case a GeForce RTX 3080) puts up a similar Graphics score with all of these processors, the multi-threaded Physics score affects the overall score and we see a similar performance trend to many of the other benchmarks. 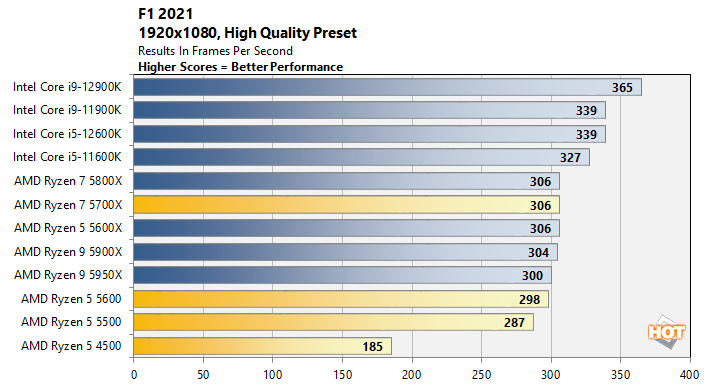 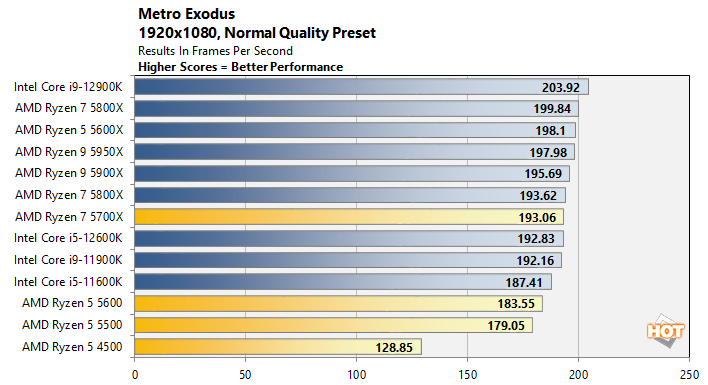 The low resolution game tests don't reveal any big surprises. Performance scales as you would expect, with the Zen 2-based Ryzen 5 4500 clearly trailing the newer Zen 3-based processors. 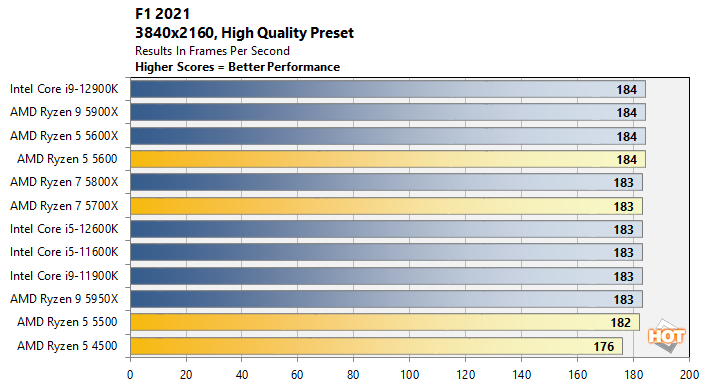 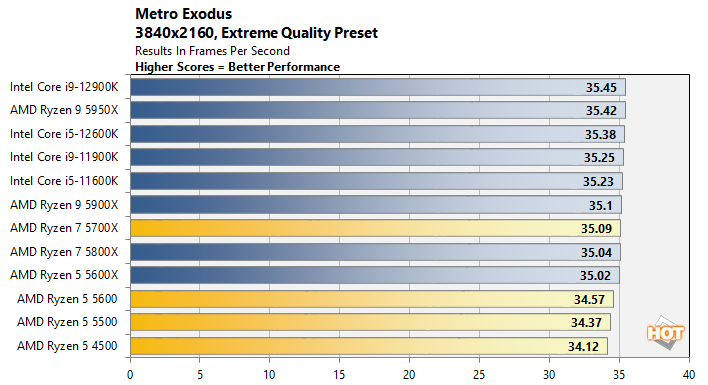 When the in-game details and resolution are cranked up, bottlenecking the GPU rather than the CPU, the playing field levels off considerably and all of the processors, save for the Ryzen 5 4500 in F1, effectively offer similar performance.

Throughout all of our benchmarking and testing, we also monitored how much power our AMD Ryzen test rig was consuming with a power meter, versus the other systems we used for comparison. 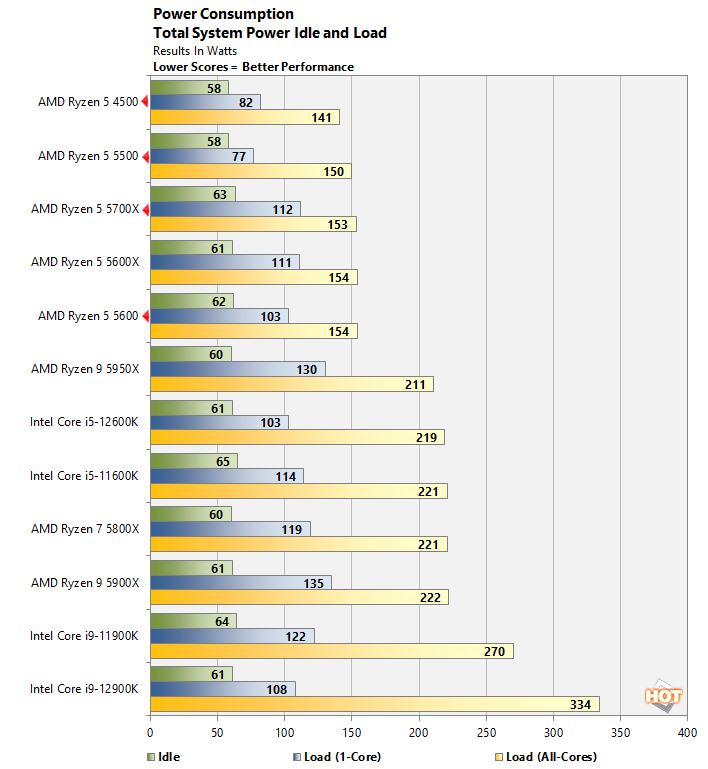 All of the new Ryzen processors we tested proved to be quite power-friendly. The lower-clocked AMD Ryzen 5 parts consumed considerably less power in the single-thread test, but under load, less than 15 Watts separated the Ryzen 7 5700X from the Ryzen 5 4500.

AMD’s latest Ryzen refresh does exactly what the company intended – it brings the high-performance Zen 3 architecture down to more affordable price points and adds additional options for system builders in need of even lower-priced, low-power Zen 2 processors. 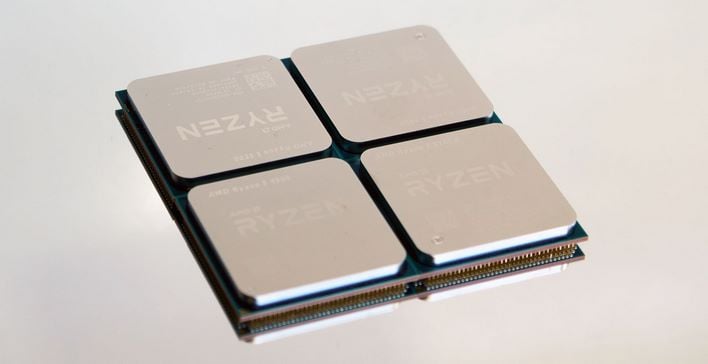 Relative to Intel’s current 12th Gen offerings, things get a little murkier. Unfortunately, we didn’t have a Core i5-12400 on hand for testing. At about $200, the Core i5-12400, with its 6 P-core configuration, should offer relatively strong performance versus all of these new Ryzens. And as we’ve shown throughout out tests, the $280 Core i5-12600K offers better single and multi-threaded performance nearly across the board versus the higher-priced Ryzen 7 5700X. We’re not accounting for potential additional costs for a quality motherboard for a 12th Gen Core processor, DDR5 memory, or power. However, focusing strictly on processor performance, Alder Lake is compelling at these mainstream price points.

That said, having additional options at more affordable price points is never a bad thing for consumers. If you’re already rocking a socket AM4 rig and are looking for some wallet-friendly, 6 or 8-core processors to upgrade from a previous-gen Ryzen CPU, AMD’s got you covered.