Back in early June, we reported that AMD CEO Dr. Lisa Su quickly shot up the ranks to become the highest paid CEO among the S&P 500. Su, who has helmed AMD since 2014, made a number of bold decisions that have allowed the company to claw away market share from longtime rival Intel, not only in the mainstream processor market but also in the highly lucrative enterprise sector.

AMD’s Rise Under The Leadership Of Dr. Lisa Su

AMD's (and Su's) laser-like focus has greatly improved the company’s fortunes. In early trading this morning, AMD shares shot up over 12 percent to around $67/share. While AMD stock has been on an upward trajectory all year long, this particular spike is poignant, as it comes just hours after Intel announced that it would be delaying its 7nm chip fab process as it deals with defects.

To put that performance in perspective, on July 24th 2019, AMD stock was sitting at $34.11/share. By the start of 2020, it was at $49/share, and today it has nearly doubled from the same period a year ago. By contrast, Intel today is nursing a 14 percent decline to roughly $52/share. For the first time in 15 years, AMD shares are trading well above Intel. 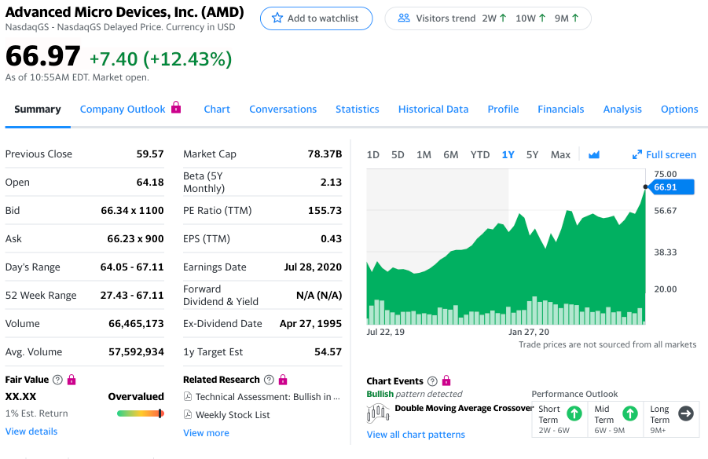 To be fair, Intel still has a far greater market cap at $219.82 billion, versus $78.36 billion for AMD. However, it's still an emotional victory for AMD to be sure.

While Intel attempts to work out its 7nm issues, AMD has been shipping 7nm chips (fabricated by TSMC) since early 2019, starting with the Radeon VII GPU. Its first 7nm CPUs started shipping just over a year ago, and nearly its entire CPU lineup has transitioned over to 7nm nodes. The company's EPYC, Ryzen/Ryzen APUs, and Ryzen Threadripper processors are all currently produced on 7nm Zen 2 architecture, and AMD recently confirmed that its first 7nm+ Zen 3 Ryzen consumer processors will be shipping by year's end.

There's no doubt that Wall Street is confident with AMD's ability to execute, and the company's partnership with fab TSMC has turned out to be a winning combination as 7nm tech matures and it looks to 5nm and beyond.

NVIDIA Flexes Its Muscle As A Threat In The Chip Market

But this isn’t just a story about long-time rivals Intel and AMD; NVIDIA has climbed up in the chip ranks in recent years as it has greatly expanded from a company primarily focused on gaming GPUs to a company that finds its products employed in the high-end enterprise and scientific computing markets. NVIDIA has also branched out into the lucrative automotive sector with computing systems that power next-generation self-driving/autonomous vehicle platforms. 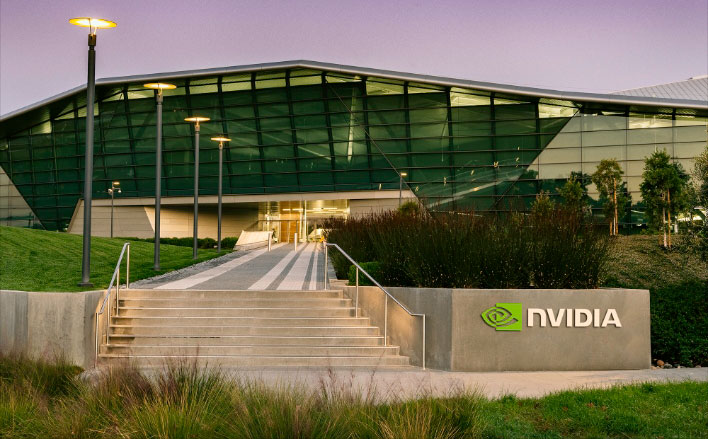 With a market cap of $248 billion (now surpassing Intel), NVIDIA is allegedly looking to throw its weight around with a possible purchase of Arm Holdings from SoftBank. SoftBank bought Arm for $32 billion back in 2016, and it could be valued at closer to $44 billion with a future IPO. Bloomberg reported earlier this week that NVIDIA has held early talks with SoftBank about a purchase, but nothing is confirmed at this point (both companies said that they don’t comment on rumors). Any deal, however, would be subject to regulatory scrutiny and current Arm licensees (like Apple, Qualcomm, Samsung, etc.) would likely be concerned about ownership moving from a “neutral” party like SoftBank to more of a competitor like NVIDIA.

Apple Charts Its Own Course In The Chip Game

And speaking of Apple, the company is making some big moves of its own. The company announced last month that it is abandoning Intel’s processors used in Macs for its own Arm-based “Apple Silicon”. Early benchmarks show that even an off-the-shelf A12Z Bionic SoC (which is merely a 2018-era A12X Bionic with an extra GPU core) is delivering performance that is comparable to a 4-core/8-thread Intel Core i5 (Ice Lake) processor. Apple’s true, production-worthy Arm processors for its Mac computers will no doubt offer performance that far surpasses what the Developer Transition Kits with the A12Z Bionic are capable of, and could give the company the upper hand with respect to performance-per-watt. 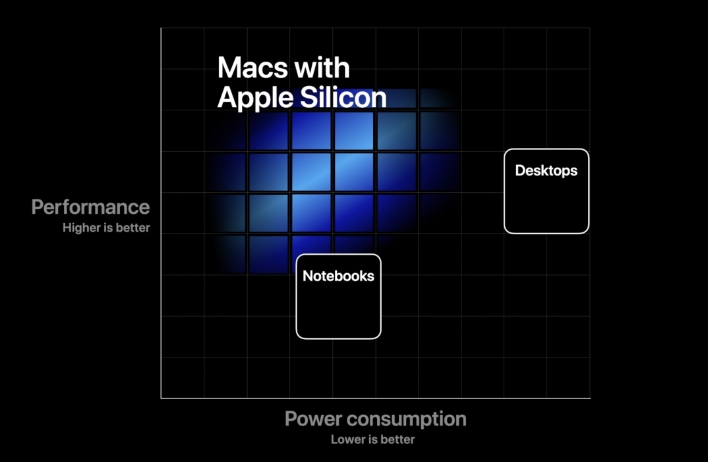 All of these developments just prove that you cannot take anything for granted when it comes to today’s big tech companies and the semiconductor market in particular. Five years ago, who could have imagined that AMD would be courting enterprise customers with 64-core/128-thread EPYC processors, or that Apple would be using iPhone A-Series silicon as the basis for Mac processors, or that NVIDIA would be in a position to become the most valuable chip company in the United States? It’s an interesting time to be an observer of the tech industry, and it looks as though 2021 could shape up to be even more eventful.