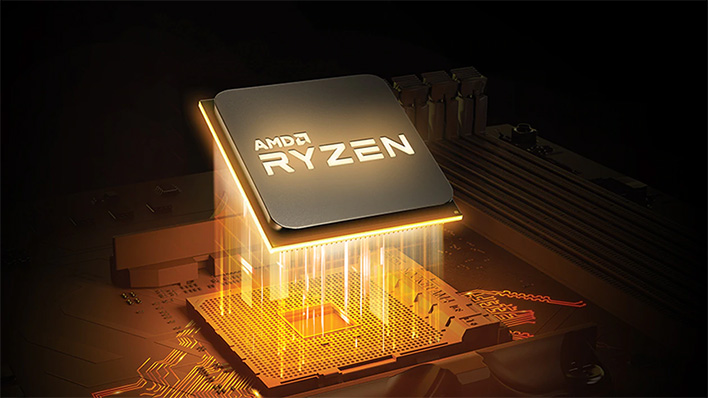 Hey, have you heard—AMD is planning to launch its Zen 3 architecture in 2020. Of course you have, because AMD has said it a million times (slight exaggeration). Every roadmap and multiple statements have reiterated that Zen 3 is on track to launch this year, but for anyone who needs to hear it one more time, AMD has obliged.
To be fair, some of AMD's statements on Zen 3 have seemingly left the door slightly ajar to only launching its next-generation architecture in server (EPYC) form in 2020, while holding off consumer Ryzen processors for 2021. However, that is not the case (and let's not forget, AMD recently denied rumors of a Zen 3 delay). Offering up the most definitive statement so far, AMD's executive vice president of computing and graphics, Rick Berman, concluded a recent blog post with a remark on Zen 3.
"So, what's next for AMD in the PC space? Well, I cannot share too much, but I can say our high-performance journey continues with our first 'Zen 3' Client processor on track to launch later this year. I will wrap by saying you haven't seen the best of use yet...," Bergman wrote, then stamped with a with a smiling emoji.
Client chips are AMD's consumer oriented parts. Bergman's update means we will see at least one Ryzen 4000 series consumer desktop part by the end of the year. Sure, he still left open the possibility of wider availability in 2021, but Zen 3 is headed to consumer desktops, and relatively soon.
We'd be surprised if it was only one Zen 3 part, though. Codenamed "Vermeer," the upcoming Ryzen 4000 series for the desktop is the not the same as AMD's current generation (Zen 2) Ryzen 4000 mobile or Ryzen 4000G/GE APU stacks.
Zen 3 is a new architecture. It's also being built on a 7-nanometer manufacturing process like Zen 2, but presumably an enhanced node (AMD stopped referring to it as 7nm+ earlier this year, as it had been before).
Users can expect an uplift in IPC (instructions per clock) performance with Zen 3—one rumor pegs it at up to a 20 percent IPC bump, though that's probably on the optimistic side (10-15 percent seems more likely)—and better power efficiency.