NVIDIA Pursues Arm For A Disruptive Acquisition That Could Send Shockwaves 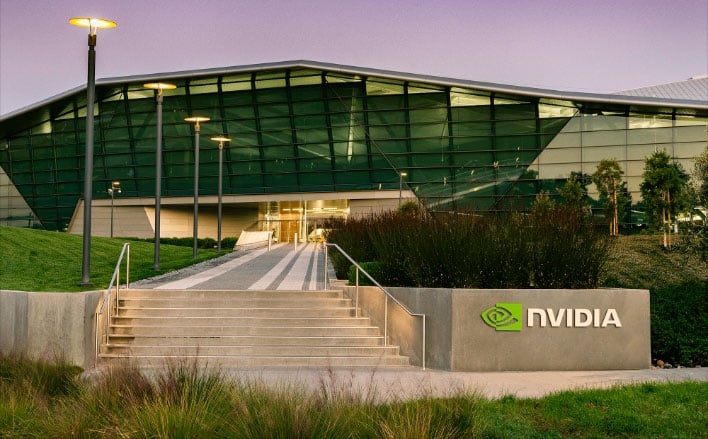 If rumors are accurate, or if where there is smoke there is usually fire, we could be soon witnessing a major shakeup in the chip industry. Multiple mainstream business press outlets are reporting this evening that NVIDIA is making a serious run at Arm, which is owned by Japanese mega-corporate holding company, SoftBank.

As you might recall from earlier this month, rumors were swirling that SoftBank was looking to offload Arm, which it purchased back in 2016 for $31.4 billion in cash. Arm chip architecture designs and IP are employed across multiple industries, including numerous gadgets and hardware products that consumers take for granted. From your smartwatch to your smartphone, to your tablet or wireless router, to the chip that runs the infotainment system in your car -- chances are that it's powered by an Arm-based chip design.

NVIDIA has risen up in the ranks over the past few years to become a huge force in the chip industry. In fact, NVIDIA has even been recently switching places with Intel as the most valuable chipmaker in the United States, with a market cap of $256 billion versus $258 billion for Intel currently.

With that clout apparently comes an effort to put Arm under its umbrella as it looks to further branch out from gaming and data center AI solutions into additional sectors. NVIDIA has found major success in consumer and workstation graphics, the data center, artificial intelligence/machine learning, as well as  automotive sectors (autonomous driving) in recent years (as its stock price has soared), meanwhile CEO Jensen Huang has expressed a desire to further branch out into the growing Internet of Things (IoT) market where Arm chip designs flourish. In addition, the obvious synergies for deeper AI datacenter penetration are obvious, along with the fact that Arm processor architectures are rising in the ranks of supercomputing as well

On the other hand, SoftBank is looking for a hefty return on its investment and Arm could be reportedly valued at around $44 billion, if it were to go public. Of course, a deal with NVIDIA would short-circuit those IPO plans. However, there are serious regulatory challenges that could potentially stand in the way with respect to Arm's current licensees, which include some of the biggest names in tech. Among them are Samsung, Huawei, Qualcomm, AMD, Broadcom and countless others that employ Arm designs and IP for various chips.

Apple in particular might have a vested interest in knowing how things will play out, as it recently just put all of its eggs in the "Arm basket" with Apple Silicon. The company announced in late June that it would be abandoning Intel processors in its Mac computers over the next two years in favor of its own Arm-powered processors. By all accounts, these new Arm chips will be supercharged versions of the designs we currently see in iPhone and iPads (a la the A13 Bionic).

However, we should all take this information as rumor at this point, and Bloomberg is basing all of its reporting on anonymous sources that are "familiar with the matter".