Apple ignited quite a firestorm when it announced that it would be leaving behind Intel processors over the next two years as it transitions all of its Macs to Arm-based “Apple Silicon”. This move extricates Apple from Intel’s processor roadmap potholes, and puts it into near full control of its Mac hardware/software stack.

Not long after the first A12Z Bionic-powered Developer Transition Kits were sent out, the benchmarks starting appearing on the web. This is the same 8-core processor running in the iPad Pro (2020) and it was shown tangling with the Surface Pro X running the Microsoft SQ1 SoC, which is a slightly massaged version of the Qualcomm Snapdragon 8cx. 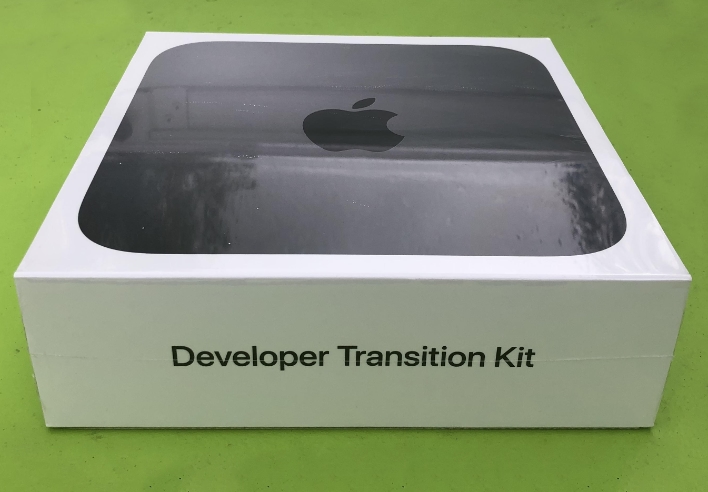 New benchmarks, however, are giving us a more complete picture of the performance potential of Apple Silicon. Developer Transition Kits have recently been spotted running a new native version of Geekbench 5 for Apple’s Arm architecture, and the performance gains are compelling. Previous benchmarks showed the A12Z Bionic putting up single- and multi-core scores of around 830 and 2,800 respectively using emulation. 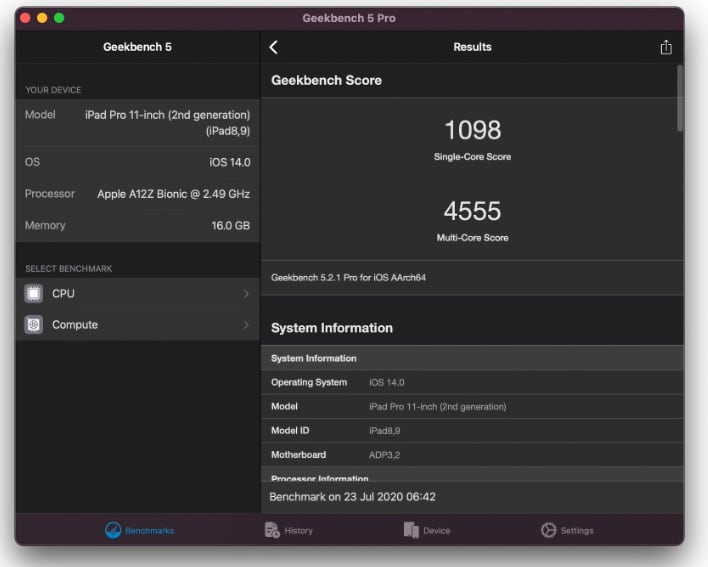 Using the native benchmark client, those numbers jumped to 1,098 and 4,555 respectively. To put those numbers in perspective, the entry-level MacBook Air (2020) pulls down single- and multi-core scores of 1,005 and 2,000 respectively.

The A12Z Bionic-powered Developer Transition Kit is comparing more favorably to the 13-inch MacBook Pro (2020) with a 2GHz Intel Core i5-1038NG7 Ice Lake processor (4-cores/8-threads), which manages to score around 1,100 in the single-core benchmark and 4,300 in the multi-core benchmark.

We also have to keep in mind that Apple is using an off-the-shelf A12Z Bionic here, and not a beefed-up Mac-centric chip. Previous reports have suggested that the first Apple Silicon chips for Macs will feature 12-cores (8 performance cores, 4 efficiency cores) along with a beefy, custom Apple GPU.

Apple has committed to delivering its first Apple Silicon-powered Macs by the end of 2020.