The release of Microsoft's Surface Go 2 and Surface Book 3 is imminent, as regulatory agencies have been dripping information on the upcoming Windows 10 devices. The latest leaks are coming courtesy of Energy Star certification for both devices. 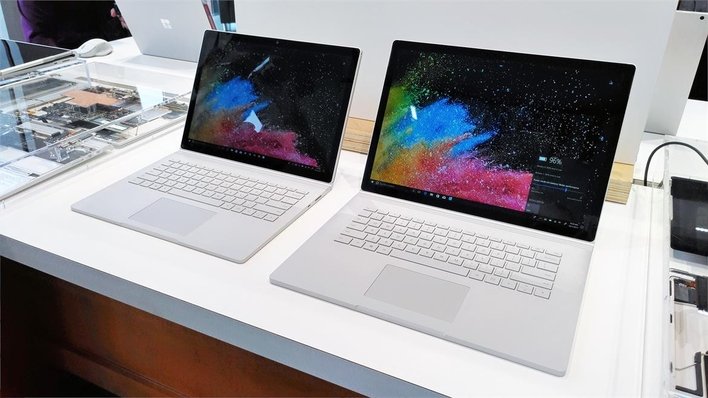 A previous leak from the FCC has also confirmed that the Surface Go 2 will support Wi-Fi 6 and will be available with optional LTE connectivity. We expect this to be a mainly "internal" update for the Surface Go 2, with the device retaining its 10-inch 1800x1200 PixelSense display, USB-C connectivity, microSDXC reader, and the standard installation of Windows 10 Home in S Mode. We'd also expect for the Surface Go 2 to arrive at the same starting price as its predecessor: $399.

In other Energy Star certification news, the 13-inch and 15-inch Surface Book 3 have also made an appearance. It's expected that they will make use of a 10th generation Intel Core i7-1065G (Ice Lake) processor and up to 32GB of RAM. We've seen previous benchmark entries of alleged Surface Book 3 machines rocking either an NVIDIA GeForce GTX 1650 Ti or a GeForce GTX 1660 Ti discrete GPU.

Unfortunately, we haven't seen any hints of the rumored AMD Ryzen 4000-based Surface Book 3 models via Energy Star. With that being said, according to a recent leaked Microsoft video, there are two features won't be coming to future Surface devices: Thunderbolt 3 and upgradeable memory. According to Microsoft, both pose security risks for users.