Earlier this month, we heard rumors that Microsoft is preparing to launch its third-generation Surface Book 3, which has been a long time coming. That earlier report suggests that the machine could be powered by 10th generation Intel Ice Lake processors and a GeForce GTX 1650 Max-Q GPU.

A new report from Petri, however, is shedding some more light on the Surface Book 3, including the fact that Microsoft will hold a spring Surface hardware event in New York City to announce the hardware. In addition to the previously leaked information on the Turing-based GeForce GTX GPUs, Petri indicates that the top-spec 15-inch configuration will be configurable with NVIDIA Quadro graphics. With Quadro onboard, Microsoft is likely aiming squarely at the high-end mobile workstation market. 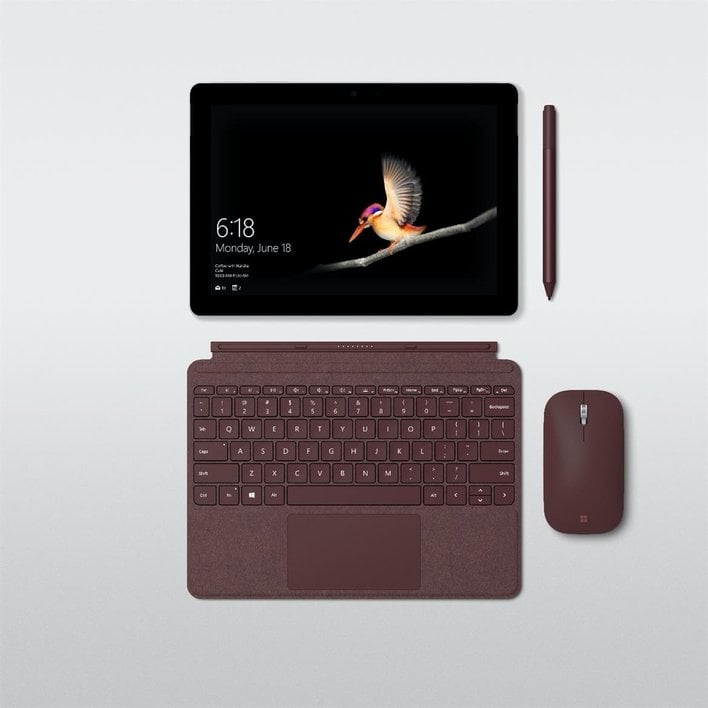 For those that don't need all of the firepower present with the Surface Book 3, Microsoft will also allegedly refresh its entry-level Surface Go. The aptly named Surface Go 2 could continue to use Intel Pentium Gold processors at the low-end, but move to more powerful Core M processor for the top-spec models. Not much else is known about the Surface Go 2, other than the fact that there aren't expected to be many changes externally (as this was an all-new model in 2018).

Although there was no specific date given for the spring Surface event, we can't imagine that it will be too far away. A quick visit over to Microsoft's Surface Go website shows that both base and high-end Surface Go models are currently out of stock. That could be a sign that the company has winded down shipments of the existing model and is gearing up to launch the Surface Go 2 soon.