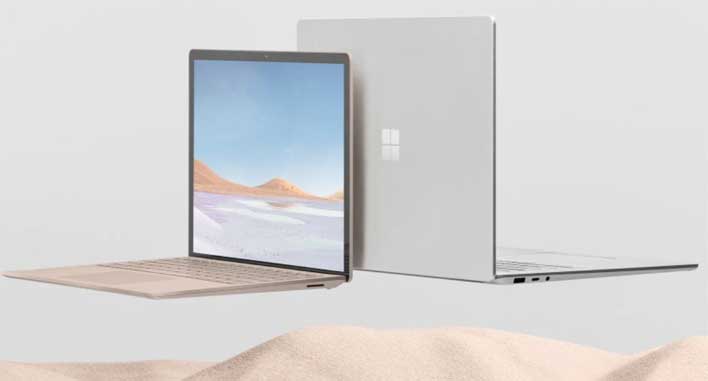 According to the person on the video, removable RAM could be frozen in liquid nitrogen, placed into a cheap reader, and data inside the memory could be read, including BitLocker recovery keys. The person on the video says that Microsoft has seen that done before. However, having our RAM frozen in liquid nitrogen to steal BitLocker keys isn't something we lay awake at night worrying about.

Surfaces don't have Thunderbolt because its insecure 🙃 pic.twitter.com/lb7YYOOQ4Y

As for why the Surface line of devices lack the Thunderbolt 3 port, the video says it's because that is a direct memory access port. The security threat here, according to the video, is that with a "well-prepared stick," you can put it in the port and access the entire device through memory. We assume by "well-prepared stick," he is talking about a Thunderbolt 3/USB-C flash drive.

It would seem from the comments made on the video that Microsoft has no intention of supporting removable RAM or Thunderbolt 3 ports on the Surface devices. Most other manufacturers have embraced Thunderbolt 3 for its ability to support external monitors, among other things, including major manufacturers like Apple, HP, Lenovo, Dell, Acer, Asus, and just about everyone else.

In other Microsoft news, The new Surface Go 2 crossed the FCC earlier this month for approval needed to come to market. Microsoft is also expected to update the Surface Book 3, and it now appears that fans hoping for a Thunderbolt 3 port will be disappointed.