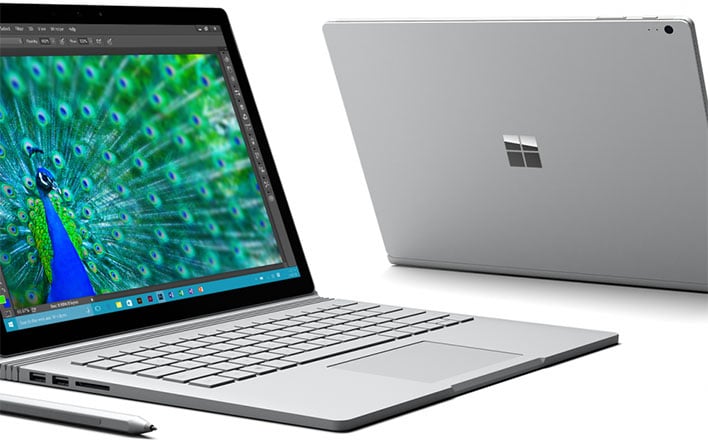 Back in October of last year, Microsoft tested the water with AMD's Ryzen hardware by offering the 15-inch model of its Surface Laptop 3 with either a Ryzen 7 3780U or Ryzen 5 3580U. Will we see more Surface devices incorporate AMD hardware inside?  A newly leaked benchmark suggests we will, with what could be a Surface Book 3 rocking a Ryzen 5 4500U and Radeon RX 5300M.
Certainly we are going to see more AMD-powered laptops in general. AMD recently launched its mobile Ryzen 4000 series based on its Zen 2 CPU architecture, and models based around its newest hardware are starting to trickle into view. It's going to be interesting to see how they fare against against upcoming laptops built around Intel's Comet Lake-H CPUs.
That's a discussion for a different day. For now, prominent leaker and Twitter user @_rogame discovered a 3DMark 11 benchmark run with the aforementioned Ryzen CPU and Radeon GPU inside. It appears to be a test laptop, and the leaker reckons we are looking at Microsoft's upcoming Surface Book 3 (one of the configurations, anyway). 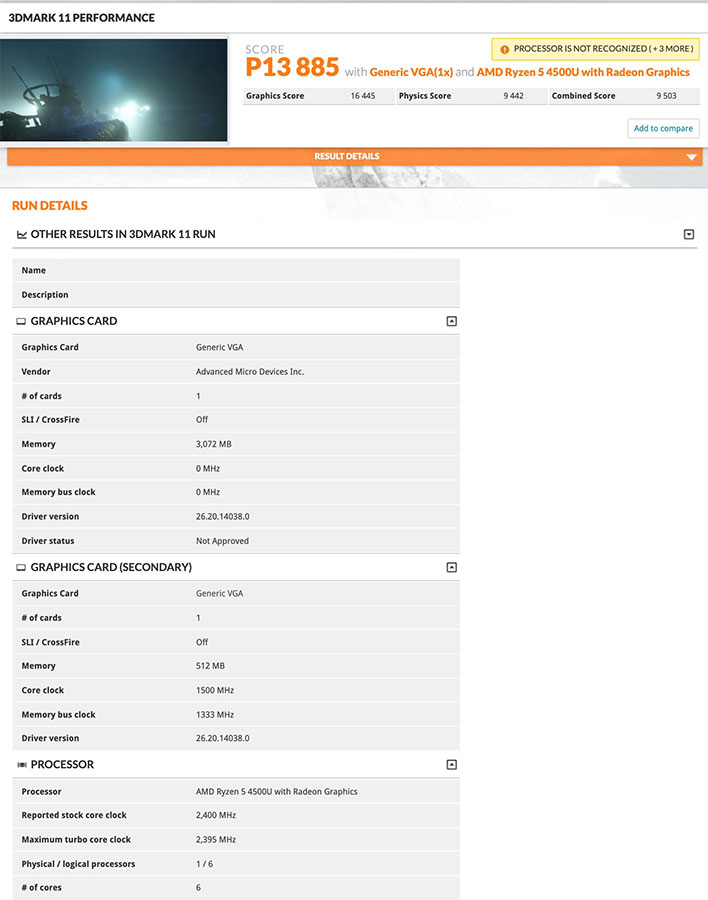 The database entry does not specifically mention a Surface model. This could be something else entirely, or it could be another Surface Laptop (rather than the Surface Book). It is all speculation at this point, beyond the identified hardware.
Regarding the graphics, the Radeon RX 5300M released in November of last year. It is based on AMD's 7-nanometer Navi GPU architecture and sports 22 compute units, 1,408 stream processors, and 32 ROPs. At stock settings, it has a game frequency of up to 1,181MHz and a boost frequency of 1,445MHz. It is one of four Navi-based mobile GPUs (others include the Radeon RX 5500M, 5600M, and 5700M).
On the CPU side, the Ryzen 5 4500U is also built on a 7nm node. It wields 6 cores and 6 threads with a 2.3GHz base clock and 4GHz max boost clock, along with 8MB of L3 cache. The default TDP is 15W, though it is configurable from 10-25W.