While the stars of today’s Galaxy Unpacked event is no doubt the new Galaxy Note 20 and Galaxy Note 20 Ultra (you can read our coverage here), Samsung has also announced a number of other products that complement its flagship phones. Although we haven’t heard a peep about the Galaxy Z Fold 2, the company has given us the scoop on the Galaxy Tab S7/S7+, Galaxy Watch 3, and the Galaxy Buds Live.

Although most Android OEMs -- including Google -- have long abandoned the tablet market, Samsung is one of the very few that still cranks out competent devices on a yearly basis. Samsung's Galaxy Tab S range has long been compared to Apple's iPad Pro family, and the company is doubling down when it comes to features this year.

The new Galaxy Tab S7 has a 11-inch OLED display, while the Galaxy Tab S7+ comes to the table with a larger 12.4-inch OLED display. Both are rocking a 120Hz refresh rate, which puts them on par with the iPad Pro family. When it comes to performance, both tablets are powered by Qualcomm's newly introduced Snapdragon 865+ SoC, which comes with boosted CPU/GPU clocks compared to the standard-issue Snapdragon 865. 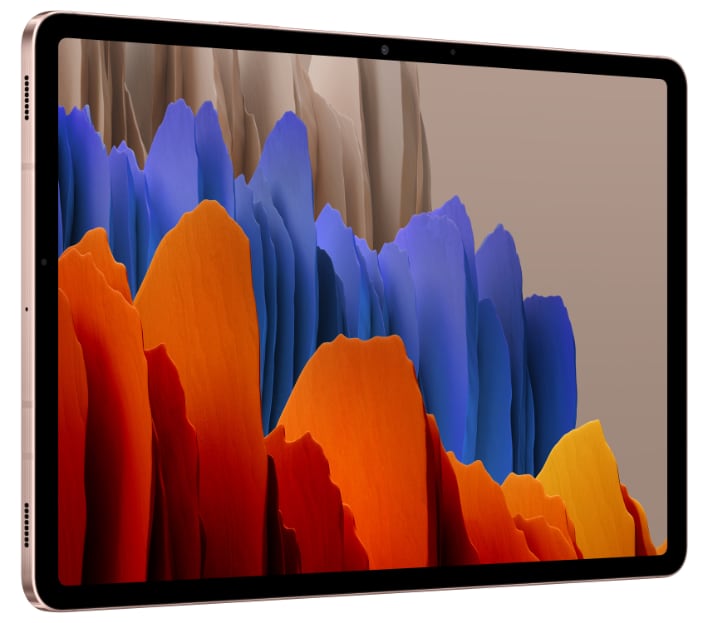 The inclusion of the Snapdragon 865+ also means that these are the first Android 10 tablets to come with integrated 5G support. Other features include a new, larger S Pen patterned after the same stylus you'll find in the Galaxy Note 20 family and quad speakers, along with an optional Book Cover Keyboard that has been greatly improved. Samsung says that the keyboard includes a wider trackpad with multi-finger gesture support, and a new row at the top with 12 function keys. Samsung is also touting deeper integration with Microsoft apps, including Microsoft Office, and the tablets will feature Xbox Game Pass integration for those that want to take advantage of cloud gaming.

The Galaxy Tab S7 will start at $649, while the larger Galaxy Tab S7+ will be priced from $879. Both will be available in Mystic Black, Mystic Silver and Mystic Bronze.

The Galaxy Watch 3 is the latest in Samsung's long line of premium Tizen-powered smartwatches. This time around the Galaxy Watch 3 is still built with premium materials like a stainless steel case, but features a slimmer rotating bezel (which is used for navigation). In addition to providing the usual notifications and close integration with Android smartphones, the Galaxy Watch 3 also boasts a bevy of health-related features for you gym rats out there. 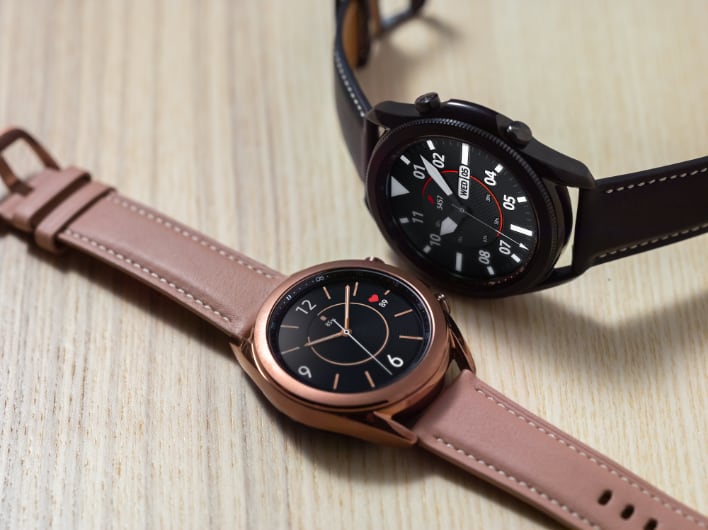 The smartwatch can track your heart rate, and features Trip Detection (which is similar to the Apple Watch's Fall Detection), on-demand VO2 max and SpO2 readings along with ECG and blood pressure monitoring. Those last two features are currently only available in Samsung's home market of South Korea, but hopefully they'll eventually find their way to the United States and beyond.

The Galaxy Watch 3 will be available in both 41mm and 45mm versions. The former features a 1.2-inch display, while the latter comes with a 1.4-inch display -- both of which are covered in Gorilla Glass DX. Both devices come with 1GB of RAM and 8GB of internal storage, with the smaller of the two featuring a 247 mAh battery compared to 340 mAh for the larger entry. 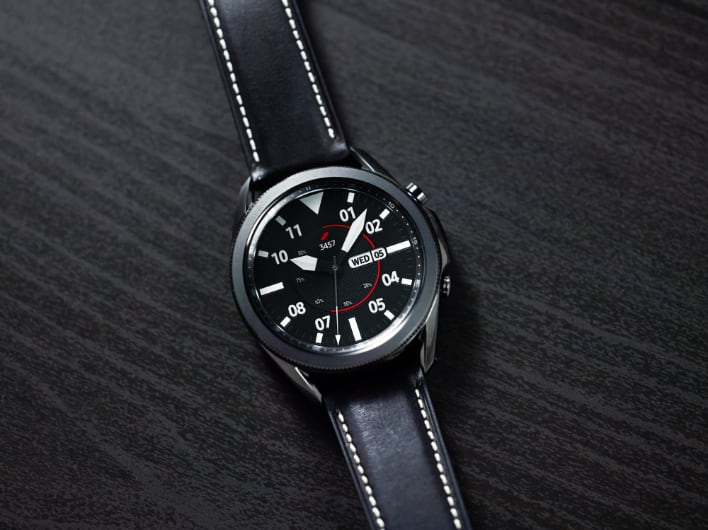 The Galaxy Watch 3 is priced at $399 or $429 depending on what size case that you select for Wi-Fi models. If you want integrated LTE/cellular connectivity, those prices rise to $449 and $479 respectively. The 41mm version is available in Mystic Bronze and Mystic Silver, while the 45mm version comes in Mystic Silver and Mystic Black. 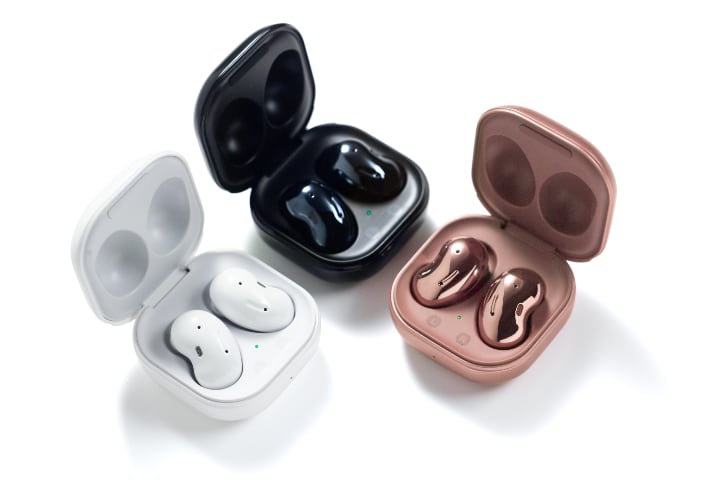 The Galaxy Buds Live have three microphones and what's called a Voice Pickup Unit which allows you to "feel like you’re in the same room as your loved ones, even when you’re apart." Most importantly, the Galaxy Buds Live support active noise cancellation like the comparable AirPods Pro from Apple. The Galaxy Buds Live are priced at $169.99 (compared to $249 for the AirPods Pro) and come in Mystic Bronze, Mystic White, and Mystic Black.