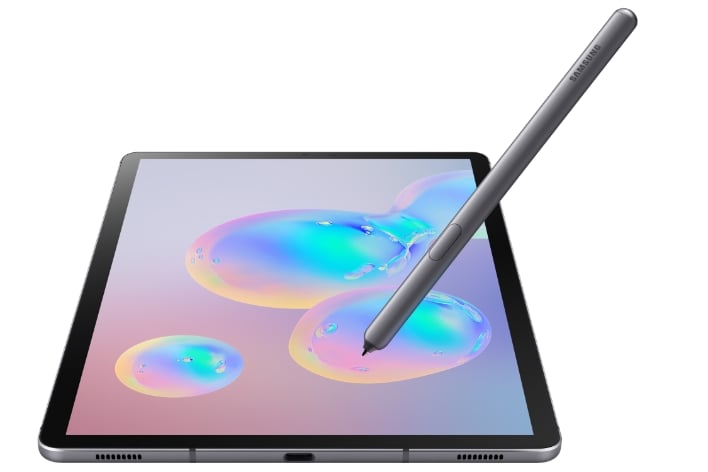 Apple's iPad Pro family just received a minor refresh with a slight bump in SoC performance, an additional rear camera, and LiDAR support. Long-time rival Samsung is also working on its next-generation professional tablets, and we have some fresh information on what exactly the company has in store for customers.

In a new report from SamMobile, it's being reported that Samsung is developing two new Android tablets that will carry SM-T87x and SM-T97x model numbers. The former refers to new 11-inch models, while the latter refers to 12.4-inch models. This compares favorably to the iPad Pro family, which is available in both 11-inch and 12.9-inch display sizes. They also put them a step above the Galaxy Tab S6, which tops out at 10.5 inches.

According to the publication, Samsung will offer the tablets in both Wi-Fi 6-only and 5G versions, but that will likely add some complexity to the lineup. As we already know, Samsung requires that the Snapdragon 865 be bundled with the Snapdragon X55 5G modem. So, it's very possible that Wi-Fi models will ship with completely different SoCs than their 5G-enabled siblings; perhaps last year's flagship Snapdragon 855 SoC (which we might add is still an incredibly potent chip).

Expect to see copious amounts of RAM with these new tablets, likely mimicking the loadouts on the Galaxy S20 family which range from 12GB to 16GB LPDDR5. We're also expecting storage options to reach at least reach 512GB, while camera tech should be bumped up to match the Galaxy S20 family. Also on deck are larger batteries and support for 25W fast charging according to SamMobile.

The report goes on to add that the tablets will launch later this year in blue, brown, and grey. We expect pricing to be similar to the iPad Pro family, which starts at $799 for the 11-inch model with 64B of internal storage.