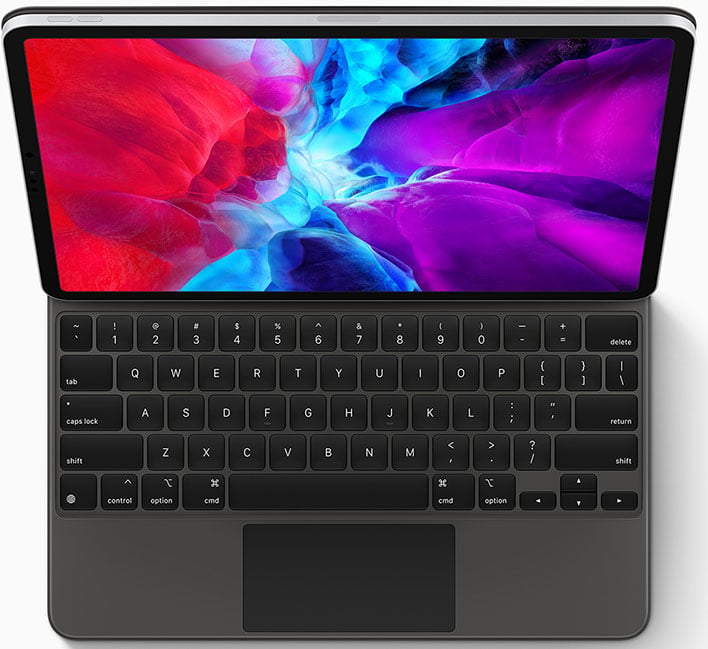 As far as Apple is concerned, your next computer is not a computer, it is a high-tech tablet, and specifically the new iPad Pro. Powered by an also-new 8-core A12Z Bionic system-on-chip (SoC), Apple claims its latest iPad Pro is "faster and more powerful than most Windows PC laptops." Does the bold claim stack up? Well, it's certainly a versatile tablet.
"The new iPad Pro introduces advanced technologies never before available in mobile computing," said Phil Schiller, Apple’s senior vice president of Worldwide Marketing. "Combining the most advanced mobile display with powerful performance, pro cameras, pro audio, the breakthrough LiDAR scanner and new Magic Keyboard with Trackpad, this is another huge leap forward for iPad. There’s no other device in the world like the new iPad Pro and we think our customers are going to love it."

Indeed, the LiDAR Scanner is one of the biggest upgrades. It measures the distance to surrounding objects up to 5 meters away, and works both indoors and outdoors. According to Apple, it "operates at the photon level at nano-second speeds" as well.
Combined with software tricks in iPadOS, the LiDAR Scanner works in conjunction with both cameras and motion sensors to map out depth data. Where this comes into play is with 3D and augmented reality workloads.

There are two models being offered, the iPad Pro 12.9-inch (2732x2048 resolution, 246 ppi) and iPad Pro 11-inch (2388x1668 resolution, 264 ppi), both capable of 600 nits brightness and both with a fast 120Hz refresh rate. Other than the size and resolution, the other specifications are mostly the same...
This is the first time that Apple has equipped an iPad model with dual rear cameras, with the 12MP lens capable of recording video at 4K. The iPad Pro also features five "studio-quality" microphones.

Apple also introduced a new Magic Keyboard with a floating design and the ability to make smooth angle adjustments—it's essentially a departure from a kickstand that many tablets and 2-in-1 devices utilize. The keyboard itself sports a backlight and trackpad, and if Apple is to be believed, it offers the "best typing experience ever on an iPad."
The new iPad Pro comes in sliver and black color options. It's available now starting at $799 for the 11-inch model, or $949 if opting for Wi-Fi + cellular, which is LTE (sorry, no 5G support yet), and $999 for the 12.9-inch model ($1,149 if opting for Wi-Fi + cellular).
The Magic Keyboard will be available in May priced at $299 for the 11-model iPad Pro and $349 for the 12.9-inch iPad Pro. So if you're looking to add that to the package, you're looking at a baseline cost of $1,098 for the 11-inch iPad Pro with 128GB of storage, and $1,348 for the 12.9-inch iPad Pro, also with 128GB of storage. Oh, Apple...