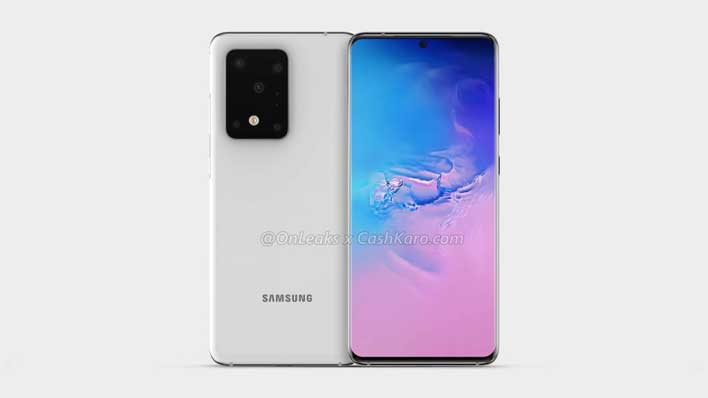 The launch of Samsung's Galaxy S11 smartphone is fast approaching, and a fresh tweet from a reliable source claims to have inside information on when the smartphone will be officially revealed. According to Ice Universe, Samsung has penciled in a mid-February launch for the Galaxy S11 family.

As we come closer to the launch, more details surrounding the Galaxy S11 have been coming to light. Recent leaks have hinted at a 108MP primary camera sensor, 120Hz display, and a massive 5000 mAh battery for the Galaxy S11+ variant. It's also pretty much a given that the Galaxy S11 will be among the first Android smartphones to be powered by Qualcomm's brand-new flagship Snapdragon 865 SoC, which is paired with the Snapdragon X55 for 5G connectivity.

Interestingly, a new rumor making the rounds today is that Samsung won't be using its homegrown Exynos 990 SoC in as many global markets this time around. According to a report by The Elec, Samsung won't even use its own Exynos 990 in its home market of South Korea; instead choosing to adopt the Snapdragon 865 due to better 5G network interoperability. Reportedly, only the European market will receive the Exynos 990.

As for the Galaxy Fold 2, that device is expected to arrive at half the price of its $1,980 predecessor. It will also allegedly adopt a new portrait-style clamshell form-factor more akin to the new Motorola Razr. What is unknown, however, is what kind of hardware will power the smartphone. To hit the lower price point, we'd imagine that Samsung will have to go with something like the Snapdragon 765 or another mid-range Snapdragon 700-Series SoC with a MediaTek 5G modem.

Whatever the case, expect the leaks on both the Galaxy S11 and Galaxy Fold 2 to accelerate as the new year approaches.