Earlier this month, we brought you a lengthy preview of Samsung's Galaxy Unpacked event, which will take place next month. At the time, the rumors indicated that the event would take place on August 11th, and tonight, Samsung confirmed that date and a start time of 11 am ET.

This will be one of Samsung's biggest launch events in recent memory, with multiple smartphones, smartwatches, and earbuds on the agenda. However, the biggest launch will be the Galaxy Z Fold 3, which we've seen leak on numerous occasions at this point. 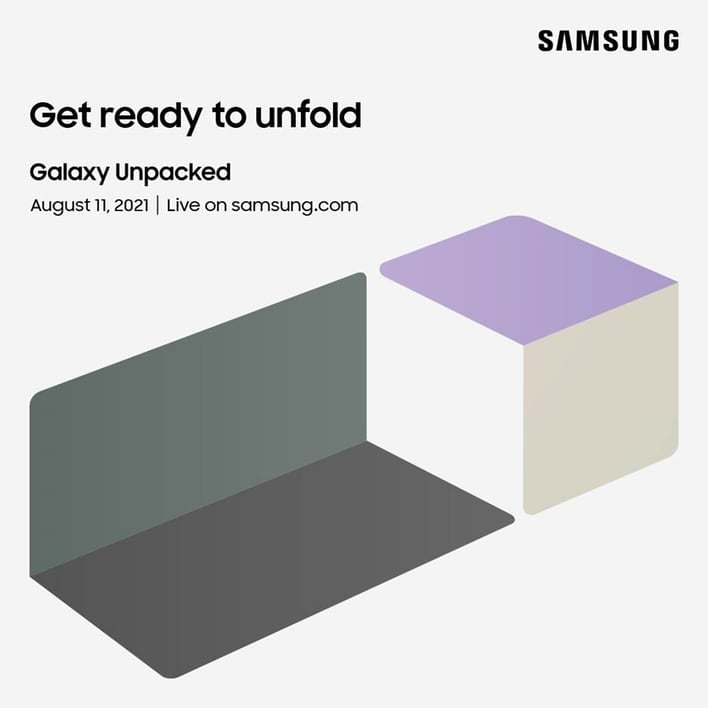 Speaking of the Galaxy Z Fold 3, Samsung has already opened up its Reserve Now program for its "next flagship." With Reserve Now, early preorder customers can take advantage of special perks like an increased trade-in value for your current smartphone and 12 months of its Samsung Care+ protection plan at a discounted rate.

Although Samsung isn't going into further details at the moment on what it's announcing at Galaxy Unpacked, here's the rundown based on prior leaks:

The three smartphones are expected to use the Qualcomm Snapdragon 888 SoC, although it's highly probable that Samsung could opt for the Snapdragon 888+ in the two folding smartphones. In addition, the Galaxy Watch 4 Series will use the new Tizen Wear OS, which was developed in partnership with Samsung and Google. Finally, the Galaxy Buds 2 are expected as Samsung's latest take on wireless noise cancellation earbuds.

As August approaches, we'll learn more about what Samsung has in store for its Galaxy Unpacked event, so stay tuned for additional details.