Yesterday, Samsung’s Galaxy Z Fold 3 and Galaxy Z Flip 3 were leaked in full glory. The former was visible from both the front and the back, while the latter was only seen in its folded state. Today, another hot leak is coming our way, and it’s of Samsung’s next-generation wearable: the Galaxy Watch 4.

Official press renders for the smartwatch reveal an incredibly sleek design with Samsung’s mandatory circular display. Compared to the previous Galaxy Watch 3, this new model looks more elegant with smaller display bezels. In fact, the press renders are a close match for the alleged Galaxy Watch Active 4 renders that we saw earlier this week. Of course, it’s entirely possible that the previous source simply got the names of the watches mixed up, given how similar they look. 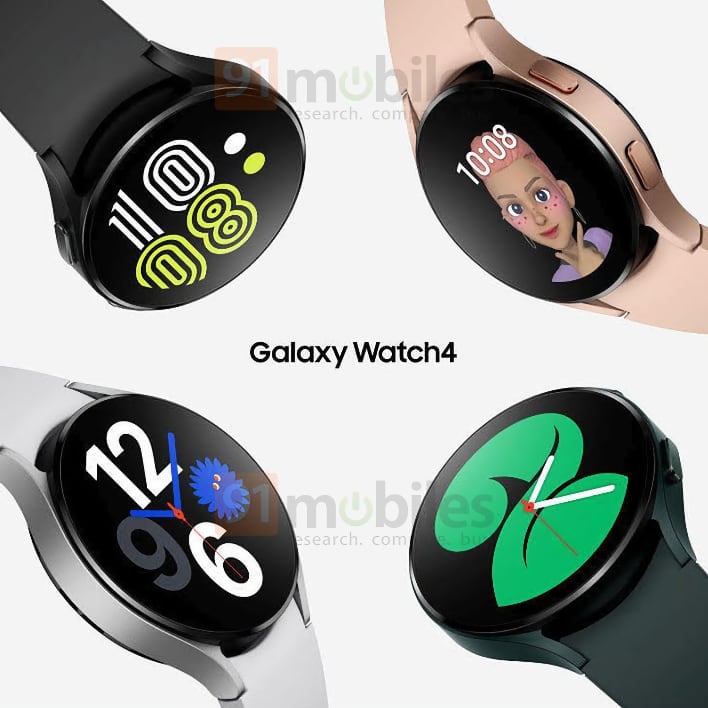 It appears that the Galaxy Watch 4 will be available in Mystic Silver, Mystic Black, and Mystic Gold colors, with a plethora of band options to select from according to 91mobiles. Likewise, there will be 40mm and 44mm case sizes to match your wrist, while it’s stated that the Galaxy Watch 4 is MIL-STD 810G rated with water resistance to a depth of 50 meters. Finally, it’s alleged that the new smartwatch family’s display is covered in Gorilla Glass DX+ for added durability.

Not much is known about the hardware lurking inside the smartphone, although we can expect to see a newer variant of Samsung’s wearable-centric Exynos SoC built using the 5nm process node. The current Galaxy Watch 3 features 1GB of RAM and 8GB of internal storage, and we expect the same (or perhaps slight spec bumps) for its successor. 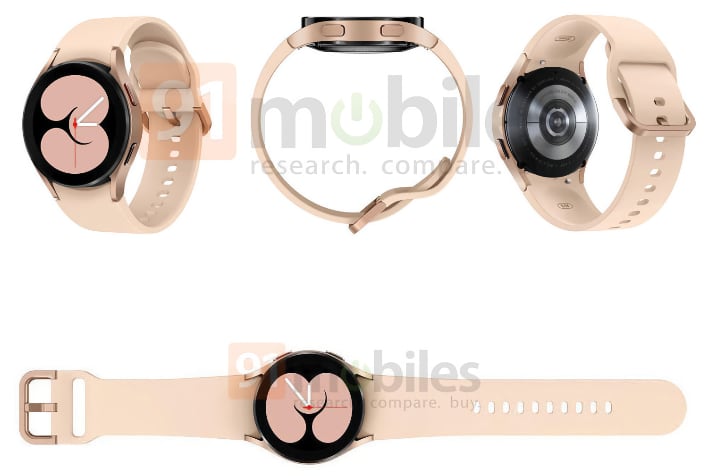 When it comes to software, the Galaxy Watch 4 will be among the first to ship with the new Tizen Wear OS. This collaborative effort between Samsung and Google merges their respective Tizen and Wear OS operating systems. The resultant OS is expected to bring advances in performance, battery life, and app accessibility. In particular, Samsung smartwatches will now have the ability to access Google services (i.e., Google Play, Google Maps).

If previous reports are accurate, Samsung could launch the Galaxy Watch 4 as early as next Monday, June 28th.