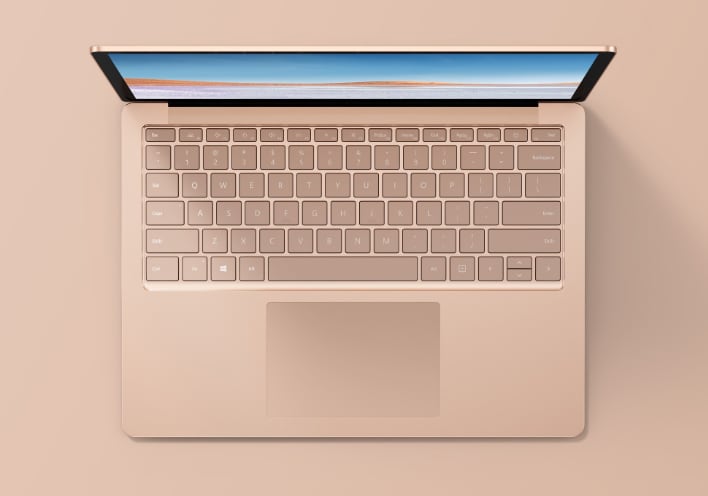 In the past few years, Microsoft has significantly expanded its reach into the PC market with first-party Windows 10 laptops, convertibles, and desktops. When it comes to traditional laptops, Microsoft currently offers the Surface Laptop 3, which is available in both 13.5-inch and 15-inch display sizes.

Developed under the codename Sparti, this new Surface Laptop is said to be analogous to the relationship between the Surface Pro 7 and the Surface Go 2, with the latter being a feature-reduced and less powerful entry for budget-minded consumers. With this in mind, this new Surface Laptop is rumored to feature drastically cut down specs including a paltry 4GB of RAM and just 64GB of internal storage for base systems. When it comes to performance, Microsoft is reportedly going to use 10th generation Core i5 processors (although we don’t know whether they’re Comet Lake- or Ice Lake-based) instead of Intel’s newly announced 11th generation Tiger Lake family.

It makes sense that Microsoft would want to embrace the lower end of the laptop segment, especially given the huge spike in laptop demand during COVID-19. School age children have embraced laptops as their tools of choice for virtual learning, and Chromebooks have become the go-to solution for many school districts. A cheaper Surface Laptop would allow Microsoft to get its foot in the door to meet the public’s needs, and it has been suggested that this new laptop will run Windows 10 S Mode to keep things simple for consumers.

At this point, Windows Central is claiming the new device, which could be branded as Surface Laptop Go, might launch in October alongside additional Surface devices and accessories.