Many students will be engaged in remote learning this coming school year. Remote learning naturally requires access to a device and a reliable Internet connection. Unfortunately, many American schools are currently facing a major shortage of laptops. Educators throughout the United States are deeply concerned about how this shortage will impact learning, especially the learning of vulnerable students.

Lenovo, HP and Dell have all stated that they have a shortage of nearly 5 million laptops. There are several factors that are contributing to this shortage. First, there is simply a higher demand for devices now than there was prior to the outbreak of the pandemic. Second, many laptop producers were forced to shut down their factories and other facilities for several months due to the current health crisis. These companies are trying to catch up with their orders. They also find themselves frequently prioritizing government entities and businesses over schools.

Last but not least, the current US-China trade war is impacting the availability of devices. Aside from various tariffs, the United States recently put several Chinese companies on the Entity List. The Entity List includes companies and institutions that are subject to certain license requirements and restrictions because they have been labeled a threat to national security. The most recent additions have been accused of being “complicit in human rights violations and abuses committed in China’s campaign of repression, mass arbitrary detention, forced labor and high-technology surveillance against Uighurs, ethnic Kazakhs, and other members of Muslim minority groups in the Xinjiang Uighur Autonomous Region (XUAR).” Several of these institutions are suppliers for many tech companies. 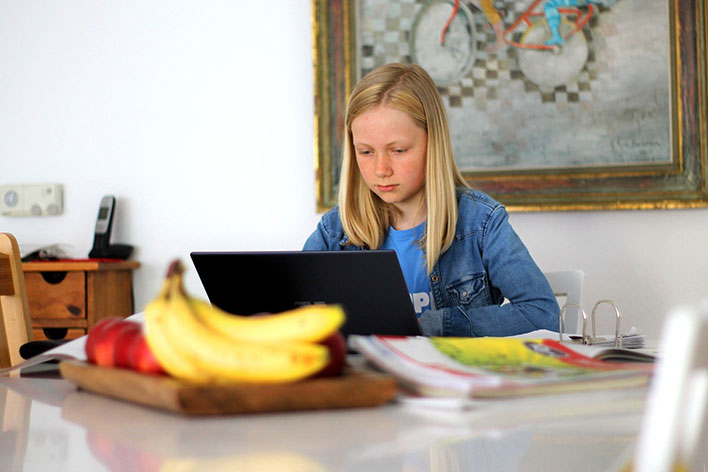 All of these factors have created major shortages that are impacting schools. The State of California is currently requiring that most students participate in remote learning this fall. However, there are many school districts where the majority of students do not have a device of their own. Tom Baumgarten, superintendent of the Morongo Unified School District noted that nearly 8,000 students in his school district qualify for free lunch and will need a laptop to successfully participate in remote learning. He attempted to order 5,000 Chromebooks this past July but was forced to instead switch to HPs due to shipping issues. The laptops were originally supposed to arrive by the first day of school at the end of August but have now been delayed until October. The school district is scrambling to provide devices for its students.

Many school districts are asking parents to purchase devices for their students. However, it is also difficult to find any available laptops to purchase. CBS News noted that 33 out of 36 Chromebook models were sold out on Best Buy's website. These listings included both new and used devices.

Educators are also acknowledging that it is simply unrealistic to expect all families to be able to afford devices for their children. Sadly, it does not appear that there is an immediate solution. Many students will begin this school year without a device and educators will be forced to get creative. This shortage only intensifies the debates surrounding the switch to remote learning and its efficacy. Let us hope that this shortage issue gets sorted out soon.