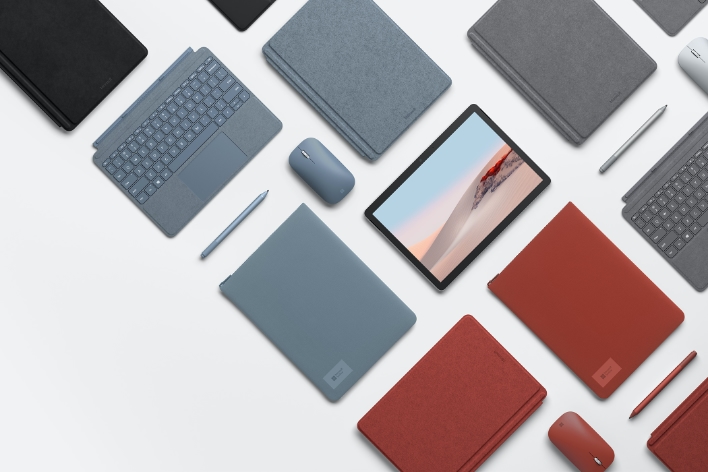 Microsoft today pulled the wraps off the Surface Go 2 and the Surface Book 3; and it looks as though the leaks were right on the money with these two new computing products. As expected, both bring newer Intel processors to the table, and in the case of the Surface Book 3, optional NVIDIA Turing-based discrete GPUs.

Starting off with Microsoft's entry-level PC, the Surface Go 2 is getting a bump in screen size from 10 inches to 10.5 inches. It's a small increase that also comes with a boost in resolution to 1920x1080 while maintaining Microsoft's reliance on a 3:2 aspect ratio for its Surface devices. The increased screen dimensions mean that the bezels have been reduced ever so slightly compared to its predecessor.

Inside, you'll find an Intel Pentium Gold processor in the base machine along with a merely "adequate" 4GB of RAM and 64GB of eMMC storage. Pricing jumps considerably from there, as doubling the RAM to 8GB and switching to a 128GB SSD takes your total to $549. And if you want even more muscle, there's a new 8th generation Core m3 processor that also comes hooked up with 8GB of RAM and the 128GB SSD for $629. Microsoft soft says the Core m3 option is 64 percent faster than the top processor available in the previous generation model. 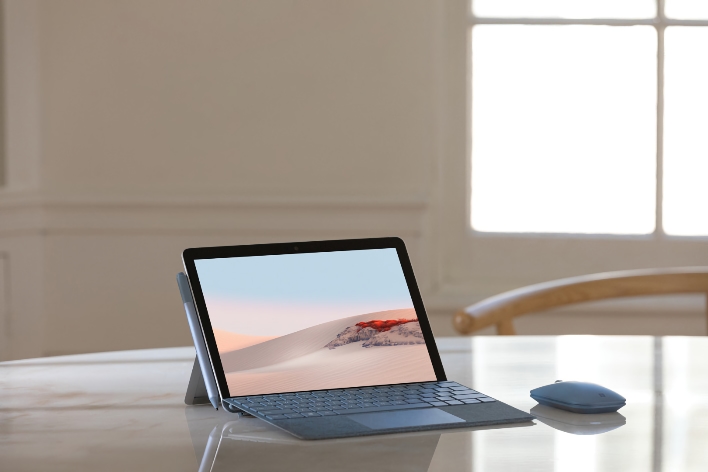 If you need on-the-go connectivity, Microsoft will also make available an LTE-Advanced version of the Surface Go 2 priced at $729 (Core m3/8GB/128GB). And those that want to add the Type Cover for the Surface Go 2, that'll be an added $99, however, the same Type Covers introduced for the original work on the second-generation model.

The Surface Go 2 will be available in the United States starting on May 12th.

Moving on to more powerful hardware from Microsoft, the Surface Book 3 -- like the Surface Go 2 -- looks nearly identical to its predecessor from the outside. However, there are a lot of changes going on under the hood. Microsoft says that the Surface Book 3 family offers up to a 50 percent uplift in performance compared to the Surface Book 2 thanks to the use of 10th generation Core i5 and Core i7 Ice Lake processors with standard Iris Plus graphics. In addition, onboard RAM and SSD can be configured up to 32GB and 2TB respectively. 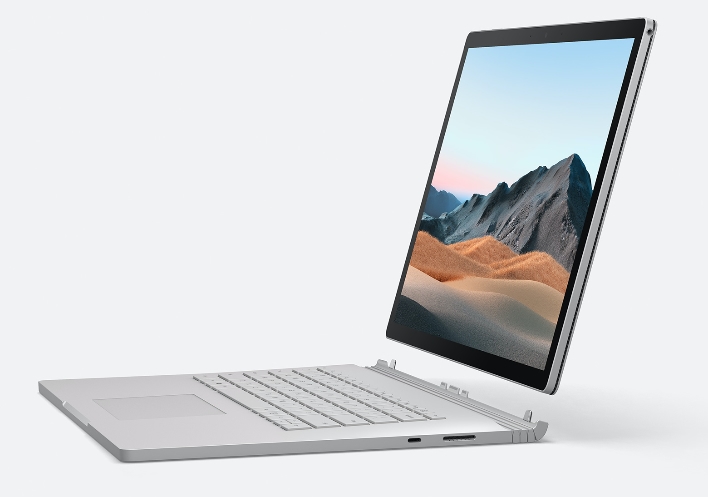 The 13.5-inch Surface Book 3 is now available with an optional NVIDIA GeForce GTX 1650 Max-Q GPU. The 15-inch variant comes standard with a discrete GeForce GTX 1660 Ti, however, those who need a more professional-oriented GPU can select the Quadro RTX 3000.

It still somewhat of head scratcher that Microsoft has the sense of mind to offer a Quadro option for professional, but still refuses to add Thunderbolt 3 with the Surface Book 3. We've heard Microsoft's alleged reason for now going that route, but it sounds pretty specious at best to us. You will find a USB-C port, two USB-A ports, and an SD card reader, however, for your expansion needs.