Gamers are in a good place when it comes to the selection of CPUs from AMD and Intel, both of which recently rolled out new architectures—Zen 4 and Raptor Lake, respectively. That said, the best is yet to come. Both chip makers are purportedly readying even faster silicon based on these existing architectures to power high-end gaming PCs.

Intel To Release The First 6GHz CPU Next Year

Starting with Intel, the fastest chip in its 13th Gen Core Raptor Lake family is the Core i9-13900K. As we observed in our Core i9-13900K review, Intel's flagship CPU is a burly processor with strong single-threaded and multi-threaded performance. In our tests, it is generally faster than AMD's Ryzen 9 7950X based on Zen 4. That bodes well for what will supplant the Core i9-13900K at the top of the stack. 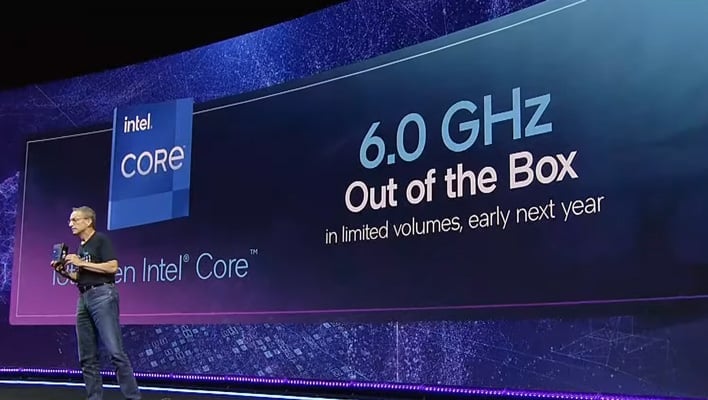 That will be the eventual Core i9-13900KS, a special edition CPU with boosted clocks. Like the Core i9-13900K, the KS model will feature a 24-core/32-thread design with 8 P-cores and 16 E-cores, and 36MB of Intel Smart cache (L3 cache). However, the binned silicon will boast a 6GHz max boost clock at stock settings, which is 200MHz higher than the current K model.
Power draw at full load and cooling are obvious caveats that might sour some enthusiasts, but hitting 6GHz out of the box is an impressive achievement and a first for a x86 CPU. It will also be offered in "limited volumes," though we suspect there will be enough to go around—you can still purchase a Core i9-12900KS.
So how will AMD counter a faster Raptor Lake CPU on the horizon? With more cache, of course... 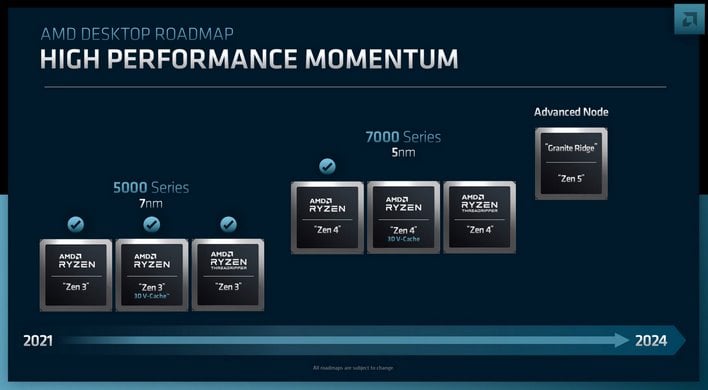 AMD has not kept it a secret that its Zen 4 CPUs will get an infusion of 3D V-cache at some point, which as we saw with the previous generation Ryzen 7 5800X3D, can have a dramatic impact on gaming. This essentially amounts to bolting more L3 cache on the CPU by way of stacking, though unfortunately we've only seen it applied to a single SKU so far. That's going to change in the not-too-distant future.
We know Ryzen 7000X3D CPUs are coming because AMD confirmed as much in a desktop roadmap shared during its Financial Analyst Day 2022 event. What we don't know are specific details, at least not officially. Unofficially, however, some new information has come to light.
Prominent leaker ECSM_Official posted some interesting tidbits on Bilibili, claiming that so far they have only heard about AMD using 3D V-cache on 8-core and 6-core models, according to a Google translation. If true, that means we could see Ryzen 7 7700X3D and Ryzen 5 7600X3D CPUs released next year, but might not see Ryzen 9 7950X3D or Ryzen 9 7900X3D SKUs, at least not right away.
Bear in mind that this is leaked information, so don't treat it as being set in stone. However, it's at least plausible that AMD will limit its 3D V-cache implementation to its mid-range SKUs. The Ryzen 5 7600X3D would be especially intriguing, as it would lower the cost of entry to 3D V-cache territory.
Regardless, the best gaming CPUs from AMD and Intel based their current-generation architectures are yet to come.