Intel today officially announced its complete family of 11th generation Core (Rocket Lake-S) desktop processors. The company is promising a lot with these new desktop CPUs, including a claimed 19 percent IPC lift over its previous-gen Comet Lake-S, the inclusion of 12th generation Xe graphics on the desktop side, and full support for the PCIe 4.0 interface.


The big IPC lift is attributed to Intel's new Cypress Cove architecture; a 14nm backport of its 10nm Sunny Cove (Ice Lake) microarchitecture. This performance boost could pay dividends in single-threaded performance -- particularly in games -- against AMD's incredibly potent Ryzen 5000 series. Although it's probably not as much of a sticking point for hardcore gamers, this family's integrated Xe GPU also promises up to a 50 percent increase in performance over the IGP in the Comet Lake-S. 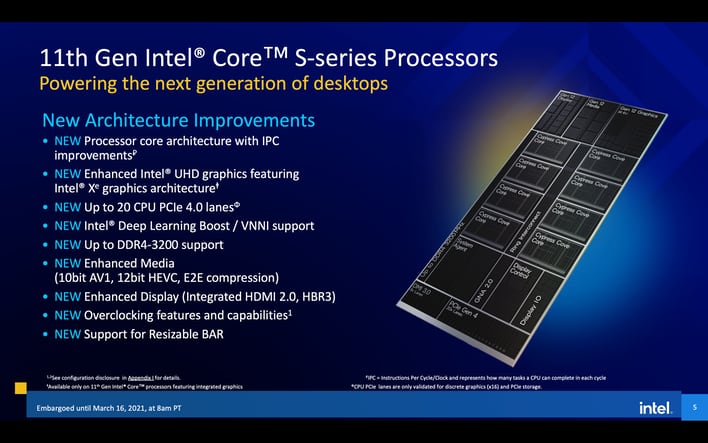 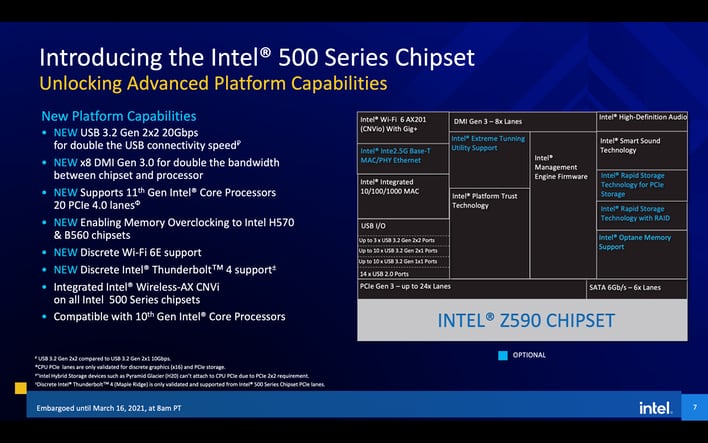 Rocket Lake-S processors also feature up to 20 PCIe 4.0 lanes, along with support for DDR4-3200 memory, Intel Deep Learning Boost/VNNI, and Resizable BAR for AMD/NVIDIA graphics cards. Although existing 400 Series motherboards are compatible with Rocket Lake-S processors (including PCIe 4.0 support on many Z490 motherboards), Intel says that the best performance and available features will come with 500 Series motherboards (which have already been released).

500 Series motherboards (capped off by the flagship Z590) support USB 3.2 2x2 20 Gbps connectivity, memory overclocking has been extended to H570 and B560 chipsets, and discrete Wi-Fi 6E connectivity is now supported, along with Thunderbolt 4. In addition, there's continued optional support for Optane Memory and Intel's 2.5GbE. 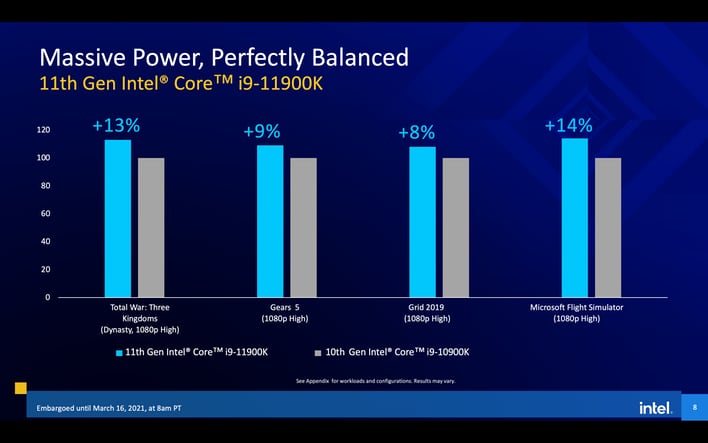 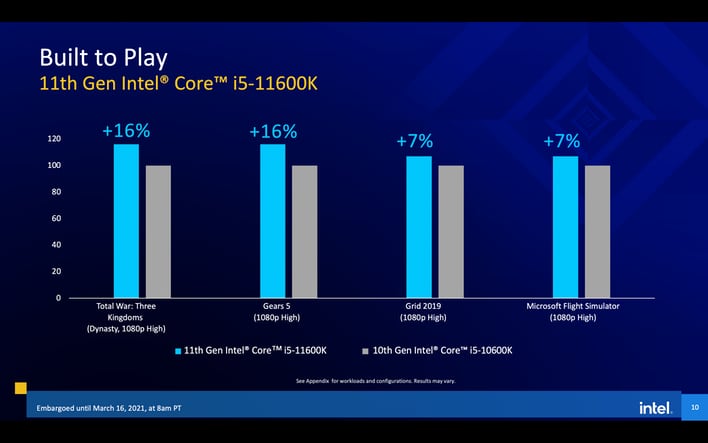 Put it all together, and Intel is citing some respectable performance gains compared to its previous generation Core CPUs. In a head-to-head match pitting the Core i9-10900K against the Core i9-11900K, the latter delivers a 9 percent to 14 percent boost in performance at 1080p resolution (High Quality) in games like Gears 5 and Microsoft Flight Simulator. Microsoft Fight Simulator is a torture test for modern hardware, so any gains there are notable. It's a similar situation with the Core i5-10600K versus the new Core i5-11600K, with a 7 percent to 16 percent performance improvement in the same crop of games. 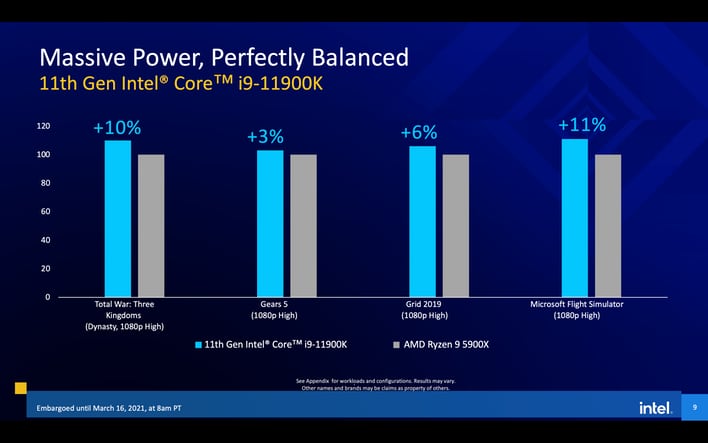 While comparing generational differences is fine and dandy, most people want to see what Rocket Lake-S can do against Ryzen 5000. In this case, Intel is claiming that the Core i9-11900K, which is an 8-core/16-thread processor, holds its own against the 12-core/24-thread Ryzen 9 5900X. However, the performance delta only ranges from 3 percent to 11 percent in favor of the Core i9-11900K. We must caution that these are Intel-provided figures, of course, and you'll want to wait until our full review is published to get a complete picture of Rocket Lake-S's performance across gaming, productivity, and content creation benchmarks as well. 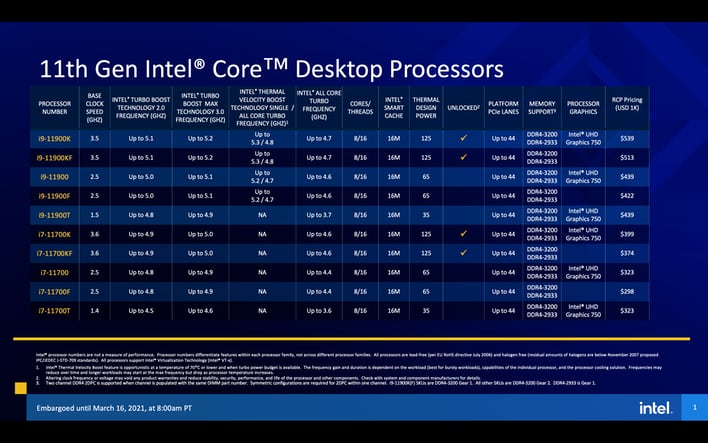 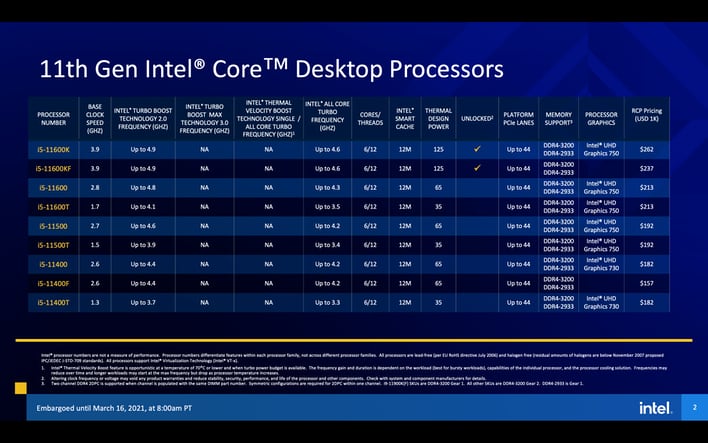 As we previously reported, Intel's Rocket Lake-S family goes on sale on March 30th, and our full review of the processors is on deck, so stay tuned!