We have probably said a thousand times (slight exaggeration) that Intel is expected to launch its 11th Gen Core desktop processors at the end of March, and now we can finally confirm that to be the case. Or rather, Intel has confirmed it. The official launch date is set for March 30, exactly four weeks from now, and just one day before March comes to a close.
What brought about the confirmation is an inquiry after German retailer Mindfactory had been accepting pre-orders for one of Intel's upcoming Rocket Lake-S processors, and specifically the Core i7-11700K. According to the product page, which is no longer taking orders, the retailer sold "over 120" units before Intel caught wind and told the site to cut it out.

Intel provided a statement on the matter to Andreas Schilling from HardwareLuxx, saying it is "following up" on the situation with the retailer.
"We take our embargo agreements seriously. We are aware of a retailer selling unreleased products and are following up as appropriate," Intel said in a statement.
As to how this happened, Intel declined to comment, but did say it has "ongoing discussions with partners which are confidential as part of our policy." It is entirely possible there was a miscommunication somewhere along the line. Likewise, Mindfactory might have just decided to take pre-orders in defiance of the embargo. Either way, this will soon be a thing of the past. 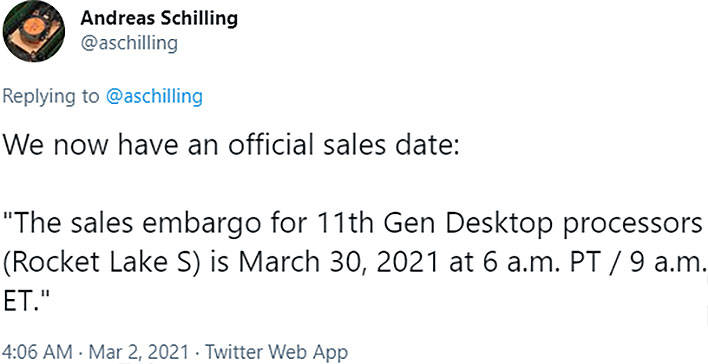 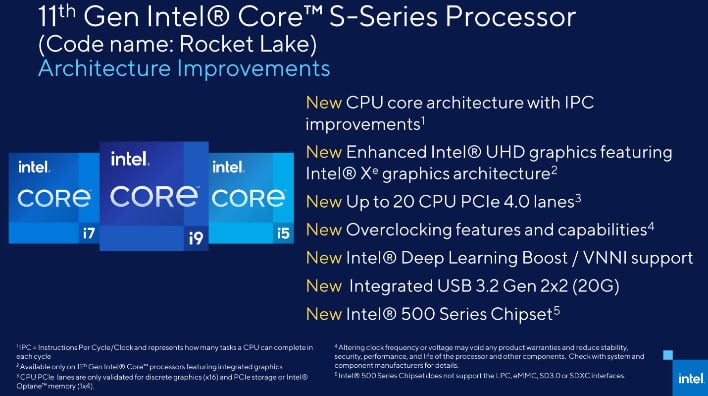 From what Intel has shared up to this point, Rocket Lake-S will scale to 8 cores and 16 threads, and offer a double-digit IPC (instructions per clock) performance boost over Comet Lake-S. It will also feature support for DDR4-3200 memory and PCI Express 4.0, among other things.

Early leaks have cast a mostly bright light on Rocket Lake-S. It will be interesting to see how the performance and pricing compares to AMD's Ryzen 5000 series (Zen 3), which is a discussion for another day.