Intel already revealed that its Rocket Lake-S family would officially launch on March 30th, but we'll get a first look at the processors this week. Intel announced that it would show off its Rocket Lake-S desktop processor family and its high-powered Tiger Lake-H processors found in gaming notebooks and high-end mobile workstations on March 18th at the GDC Showcase.

"Known to industry insiders but not well known to the outside world, Intel works closely with game developers to ensure we deliver the best gaming platforms," said Intel while announcing its Gaming is Shaping the World partner session. "Intel [will offer] a first look at the new Tiger Lake H-series notebook and Rocket Lake desktop processors while sharing stories and demos from their software vendor collaborations." 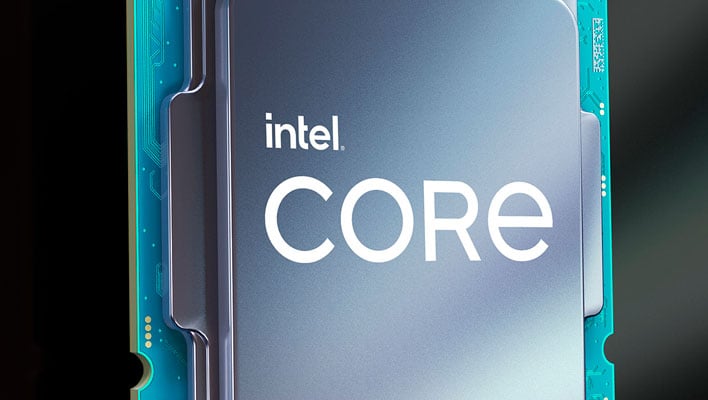 Intel goes on to say that the session will skew towards "all technology enthusiasts, gamers, and creative professionals looking to learn about the latest product offerings from Intel," which definitely includes our HotHardware readership.

As we reported on numerous occasions, Intel is touting up to a 19 percent uplift in instructions per clock (IPC) compared to current-generation Comet Lake-S parts. However, Rocket Lake-S also takes a step back with regards to core counts. Whereas Intel beefed up Comet Lake-S to 10 cores/20 thread to better compete with Ryzen 3000 processors, the flagship Core i9-11900K processor tops out at 8 cores and 16 threads. Intel reportedly made this regression on core counts to keep thermals in check, while the IPC gains should nullify any performance regression.

Although Rocket Lake-S will be the last 14nm desktop processor family from Intel, it will debut some critical new features like a 12th generation Xe-LP GPU, PCIe 4.0 support the inclusion of AVX512 instructions. Intel's 12th generation Alder Lake-S processors will be the company's first to bring 10nm to the desktop market. 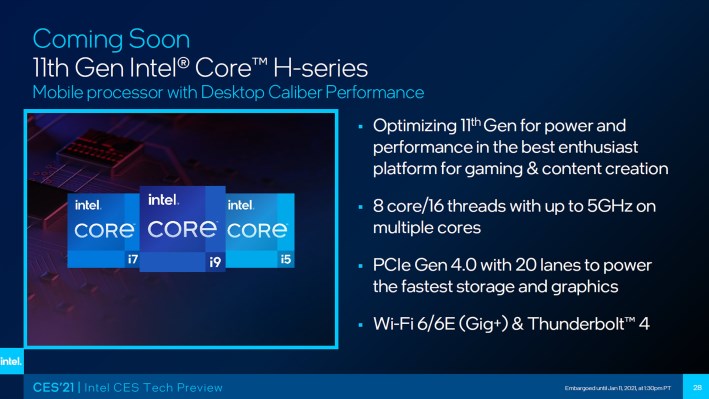 Alongside Rocket Lake-S will be live demos of laptop systems featuring Tiger Lake-H processors. While low-power Tiger Lake-U systems launched last year, Tiger Lake-H ups the performance with up to 8-core/16-thread configurations. These processors will also support PCIe 4.0 (storage/graphics) along with Wi-Fi 6. The family's flagship is said to be the Core i9-11980HK with 8 cores, 16 threads, and a maximum turbo clock of 5GHz.

Stay tuned as we learn more about Intel's 11th generation Rocket Lake-S and Tiger Lake-H processors in the coming days.