Grab Doom Loaded Up With All DLCs For Just $5.99 With This Demonic Deal 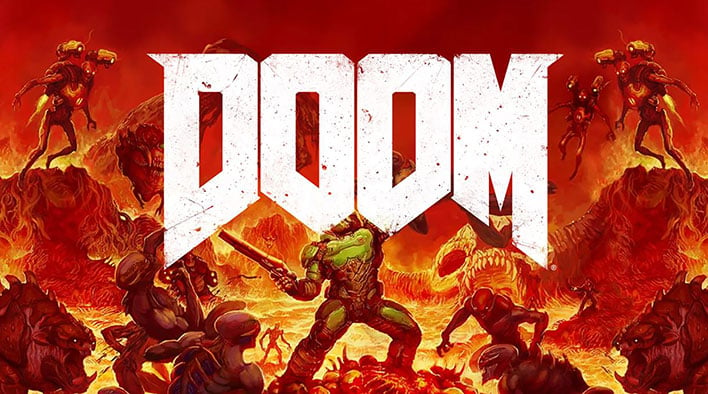 Do you have a holiday gift card burning a hole in your pocket? If you are a Doom fan or have been itching to try out the game, now may be the time to strike. Doom with all its DLCs is currently on sale for $5.99 USD.

The award-winning game is on sale as a digital download on both Newegg and Steam for a mere $5.99, or 70% off. The deal includes both the 2016 base game and the DLCs: "Unto the Evil", "Hell Followed", and "Bloodfall". It also features all of the maps, modes, and weapons, Arcade Mode, Photo Mode, and even the latest Update 6.66. Update 6.66 offers a variety of multiplayer improvements, including better multiplayer progression.

There are a couple of important details to note about this particular deal. First, the deal is only for PC users. Second, it runs until January 2nd, 2020. Last, the game package is nonreturnable and nonrefundable on the Newegg site. The usual Steam refund policies apply if you purchase the game package directly through Steam.

In general, it appears that most of the Doom games and bundles are available on Steam for 70% off. Some of the games are as cheap as $1.49. If you are in a first-person shooter game mood, Steam is also selling a Doom and Wolfenstein II: The New Colossus bundle for $16 or 73% off. You will only receive the Doom base game in this bundle, not the DLCs. However, this could be a great time to pick up both games if you have not had a chance to play them.

There are quite a few post-holiday sales going on at the moment. The Epic Games Store started their own holiday sale a few days ago. There are deals on a number of popular games including Red Dead Redemption 2, The Outer Worlds, Star Wars Jedi: Fallen Order, and Borderlands 3. GameStop is currently running a sale on several games for consoles. Their discounted selection includes Mortal Kombat 11, Need for Speed Heat, and Call of Duty: Modern Warfare. Overall, it is a good time to pick up the video games that were on your holiday wishlist.