ASUS ROG has showcased an enviable range of new PCs, components and peripherals at CES 2023, but its all-new 2023 lineup of ROG Flow laptops, and its new ROG Azoth gaming keyboard are worthy of some special attention. Read below for our considered highlights of these products and more. Also don’t miss our coverage from earlier today, when we reported on the ASUS ROG Swift Pro PG248GB Gaming Monitor, which supports refresh rates up to 540Hz.

Predictably, in the wake of the major announcements from Intel and NVIDIA, ASUS has delivered CPU and GPU updates to its powerful, sleek and convertible ROG Flow series of devices. Both the Flow X13, Flow Z13, and Flow X16 2023 editions feature similar sets of upgrades covering the CPU, GPU, display, and construction. 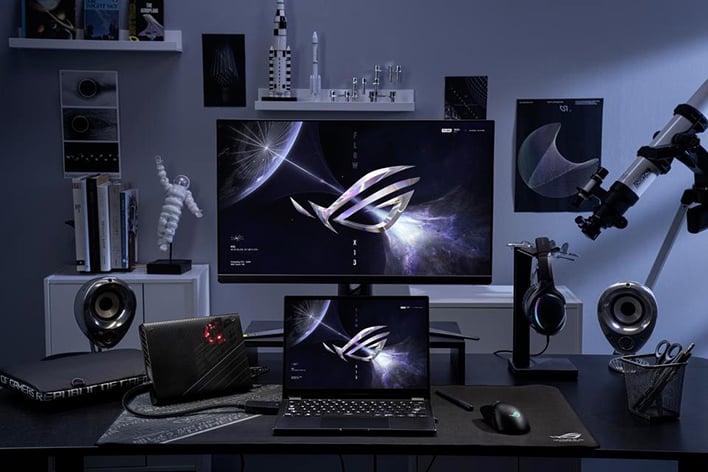 The ASUS ROG Flow X13 pairs an AMD Ryzen Zen 4 processor, with up to an NVIDIA GeForce RTX 4070 Laptop GPU GDDR6 8GB (TGP 60W plus Dynamic Boost). It features a 13.4-inch display, and the new panel is said to be one of the first to boast ASUS Nebula display technology—an IPS-level HDR panel with 100% DCI-P3 color gamut, max brightness of 500nits, fast refresh rate, G-Sync, Dolby Vision, and Pantone validation. Two screen options are available with the specs stated: a 13.4-inch QHD+ panel with 165Hz/3ms, and a 13.4-inch FHD+ panel with 120Hz/7ms. As it is a touchscreen convertible, ASUS has wisely covered the display with the brand-new scratch and glare minimizing Corning Gorilla Glass DXC. 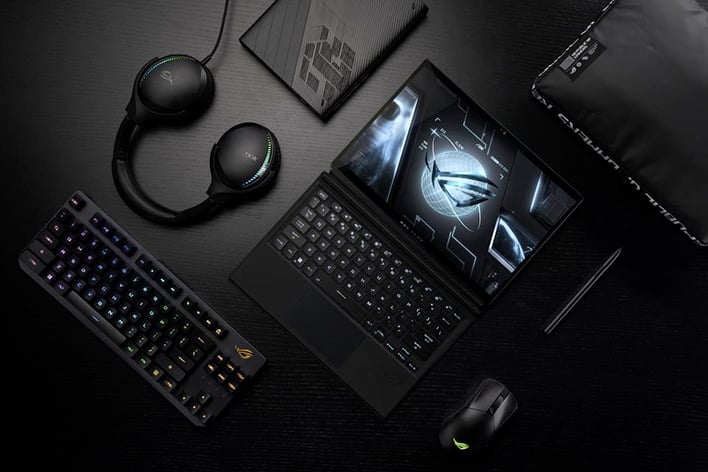 The Intel version of this ASUS designed 13-inch convertible is dubbed the ROG Flow Z13 and is more Microsoft Surface-like with its detachable keyboard. It comes with up to a 13th Gen Intel Core i9 13900H processor. The other hardware specs and ports are basically the same as the AMD-powered Flow X13. Intel devotees have just one display option though: a 13.4-inch QHD+ panel with 165Hz/3ms (the same as one of the AMD options, above). 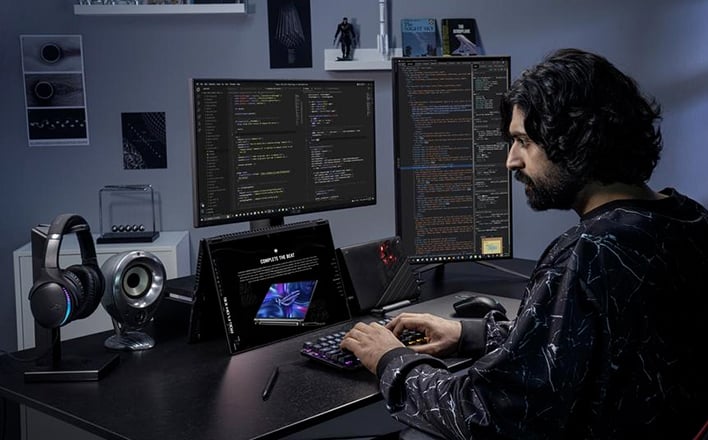 For its ROG Flow X16, ASUS has used one of Intel’s new 13th Gen Core processors for laptops (up to a Core i9). The same NVIDIA GeForce RTX 4070 Laptop GPU present in the refreshed 13-inch designs represents the pinnacle of the options available for Flow X16 buyers, but here it is allowed to pull up to 120W with Dynamic Boost.
This larger convertible also features ASUS Nebula display technology, but there is an option to configure a mini-LED display panel with an awesome 1,100nits max brightness. Apart from this standout spec, both 16-inch panel choices are WQXGA 2560 x 1600 pixels, with 240Hz/3ms, G-SYNC, and 100% DCI-P3, Dolby Vision, are Pantone Validated, and protected by Corning Gorilla Glass DXC.
The other tech specs of the Flow X16 are the same as outlined for the X13, above, but there is room for one more USB port, quad-speakers, and up to 2TB of SSD storage can be configured. Of course, the ROG Flow X16 is larger at 355 x 243 x 19.4mm, weighing 2kg+, and it also features a bigger 90Wh battery.
You can check out all the pre-release specs for the ASUS X13, Z13, and X16 on the official blog where there are spec tables. We don’t have precise availability or pricing info at this time, but you could base pricing expectations on the 2022 models.

At CES 2023 ASUS ROG has thrown its hat into the increasingly crowded world of customizable enthusiast mechanical keyboards. In essence, the ROG Azoth is a 75% layout gaming deck, but the build and customization options will help it appeal to a host of keyboard aficionados. It also boasts a few extra frills, such as ROG keyswitches (start with Red, Blue or Brown), an OLED display, and a three-way connectivity.
The ROG Azoth is built for keyboard enthusiasts, with attention paid to build, acoustics, and user-modifications. Highlighting the build first, this keyboard has 10 silicone gaskets and three-layer foam dampening for a cushioned feel and noise absorption. Among the dampening materials used are silicone layers and PORON foam. ROG NX mechanical switches are used in the build, but they are easily hot-swappable for other options. Nevertheless, ASUS has put some effort into making sure enthusiasts are happy with the supplied switches, pre-lubing them and configuring them with ROG-tuned force curves and a fast-actuation design. Key stabilizers are also pre-lubed and tuned for gaming, says ASUS—with extra lubing for the space bar, due to its size. A bundled lube kit is provided for keyswitch swappers. 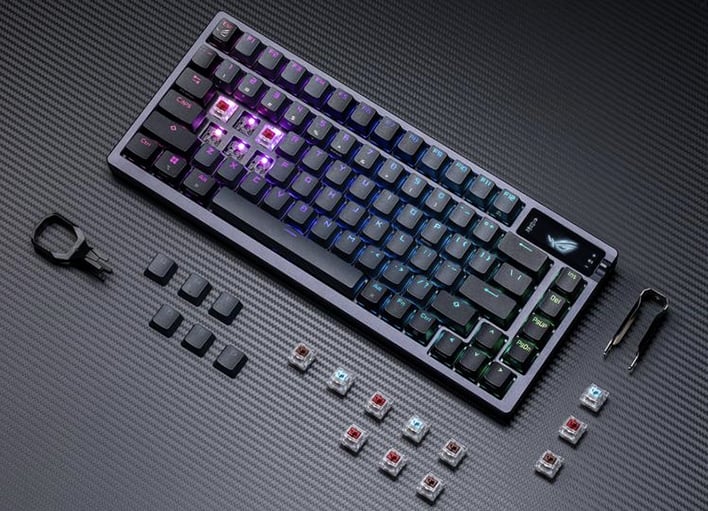 The ASUS ROG Azoth measures 326 x 136 x 40mm and weighs 1.18kg. In the box you will find the keyboard, 2m braided cable, aforementioned lube kit, keycap and switch pullers, plus extra stabilizers and spare keyswitches. Expect the ASUS ROG Azoth to become available later this month for around $250.