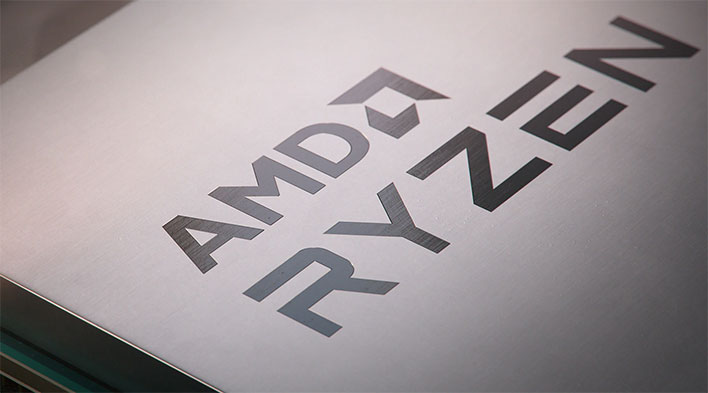 Rumor has it that AMD's next round of Ryzen processors will have a bigger than expected bump in IPC (instructions per clock) performance. Built on a new architecture, Zen 3 will see a die shrink and, most likely, some notable performance optimizations, power efficiency gains, and upgraded features. But all eyes will be on the IPC bump.
A jump in the 10-15 percent range would be considered pretty robust. It would also put added pressure on rival Intel, which for the most part is still squeezing everything it can out of its 14-nanometer process node. That includes its newfangled 10th generation Core "Comet Lake" desktop processors, which bump up the number of cores/threads and clockspeeds on the company's mainstream CPU family.
AMD meanwhile is cranking out 7nm processors, otherwise known as Zen 2. On the desktop, Zen 2 comprises the company's Ryzen 3000 series, and in mobile, they are Ryzen 4000 parts (it's needlessly confusing, but is what it is). Looking ahead, Zen 3 is on scheduled to release later this year, barring any complications from the Coronavirus pandemic
Zen 3 4 will see AMD likely shift to likely a 5nm node, while Zen 3 will be an enhanced version of 7nm (AMD isn't calling it 7nm+, though). As to expected performance, Ice Universe, a well regarded leaker, dropped an interesting post on the Weibo forums. Twitter user @chiakokhua then did the online community a solid by translating the post.

Several people asked me to translate this post by "Ice Universe". Here goes:

Disclaimer: I don't know Zen3's IPC uplift, only translating *as is*. Please take rumors with a large bowl of salt.

The only thing I endorse is the last sentence: AMD YES!😀 pic.twitter.com/R7MsPmjPvw

"Some gossip about Zen 3 architecture Ryzen 4000 series. Internal rumors circulating among engineers at two well-known OMEs indicate that the performance of current Zen 3 engineering samples have risen to an 'alarming' level. Judging from current information about Intel's products that these 2 OEMs possess, AMD's new Ryzen 4th generation will utterly beat Intel in both performance and power consumption," the translation reads.
"AMD's claimed 'theoretical' improvement for Zen 3 is between 15-17 percent. But in testing, it felt better than AMD's theoretical claims. According to engineers, actual performance of engineering samples could be better than that. AMD, yes! Finally, AMD YES!," the translation continues.
Obviously we have to take this for what it is—a rumor with vague references (it's never stated which OEMs made the remarks, or what specific scenarios they saw a bigger performance gain than expected). Nevertheless, it is intriguing. The insinuation here is that the IPC gain would in the neighborhood of 20 percent. But will it really be that high?
We're simultaneously cautiously optimistic and skeptical. A 20 percent jump in IPC would be nearly unheard of, though not necessarily out of the question. Back in November of last year, AMD senior vice president Forrest Norrod made some interesting remarks to The Street following several data center announcements.
In reference to AMD's next-gen EPYC "Milan" server CPUs based on Zen 3, he noted that it is a brand new architecture. He also stated that Zen 2 delivered a bigger IPC bump than what is typical for a generational CPU upgrade, at about 15 percent on average, and that Zen 3 will push performance "right in line with what you would expect from an entirely new architecture."
He did not offer any specific figures, though reading between the lines, he seems to have suggested that Zen 3 would see a similar IPC bump as Zen 2, which is where the 10-15 percent expectation comes from. Or maybe he was hinting it would be even higher. It's hard to tell, but if the latest rumor is any indication, AMD is going to make another big splash this year.
An interesting side note to all this is compatibility. While Zen 3 will bring a new architecture to the table, AMD confirmed it will again leverage its AM4 socket, and will be compatible in this generation's X570 and B550 motherboards (with a BIOS update). Good stuff, AMD.