The pace of progress is swift these days over at AMD. Since launching its first generation Zen architecture three years ago, there have been two more iterations, Zen+ and Zen 2, with Zen 3 on track to release this year. AMD has not yet announced an official launch date, but the word out of the rumor mill is that Zen 3 will debut in the fall.
Zen 3 will usher in AMD's Ryzen 4000 series of desktop processors. Not to be confused with AMD's Ryzen 4000 series of mobile CPUs, which are based on the company's Zen 2 architecture (and paired with Vega graphics), the desktop chips will leverage AMD's next-generation architecture and TSMC's enhanced 7-nanometer manufacturing.
It gets a little confusing because the series designations between mobile and desktop do not always align. Here is a tidy breakdown...
We're presuming AMD will scale its nomenclature in logical fashion on the desktop side, with Zen 3 CPUs being dubbed Ryzen 4000 and Zen 4 being dubbed Ryzen 5000. And for the sake of being succinct, we left out AMD's Pro, EPYC, Athlon, and Threadripper processors from the above cheat sheet.

AMD Could Release Its Zen 3 Desktop Processors This Fall 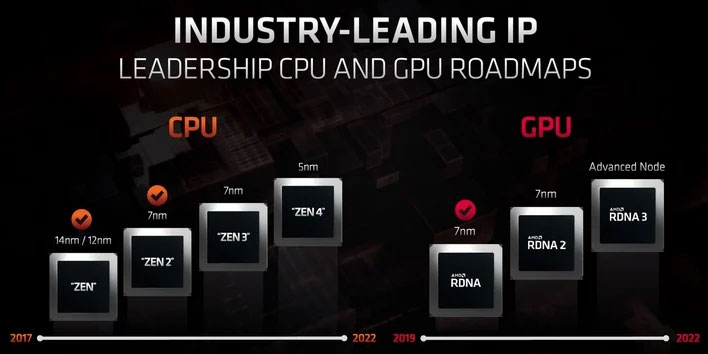 In any event, let's get back to the rumored release. The original source is Digitimes, though the article is now hidden behind behind a paywall. As reported by Tom's Hardware, however, the article claimed AMD originally intended to launch its Ryzen 4000 series (codenamed Vermeer) of desktop processors at Computex in May.
Computex has since been pushed to September in light of the Coronavirus pandemic, and might even get cancelled. Nevertheless, AMD's plans to launch its Zen 3 processors sometime after August or September, according to the article.
Zen 3 takes advantage of an enhanced 7nm node. AMD no longer refers to it as 7nm+ as it had been in the past, because Zen 3 is not necessarily based on TSMC's 7nm+ node. The details are not entirely clear. However, we can expect Zen 3 to arrive with faster clocks and better power efficiency at the very least. And though it has not been confirmed, the belief is that Zen 3 could be another generation of processors to fit in the AM4 socket.