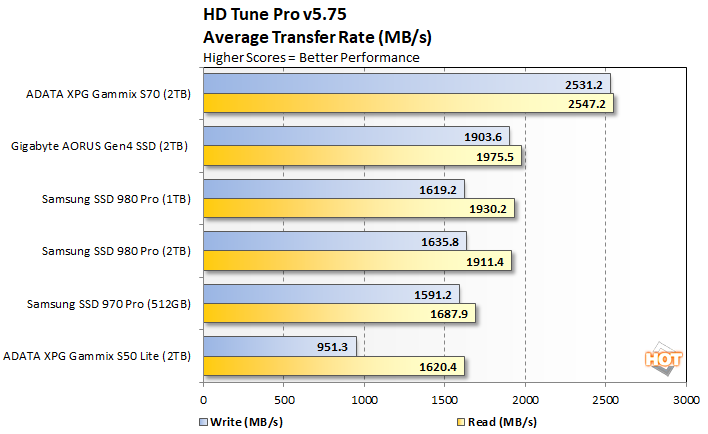 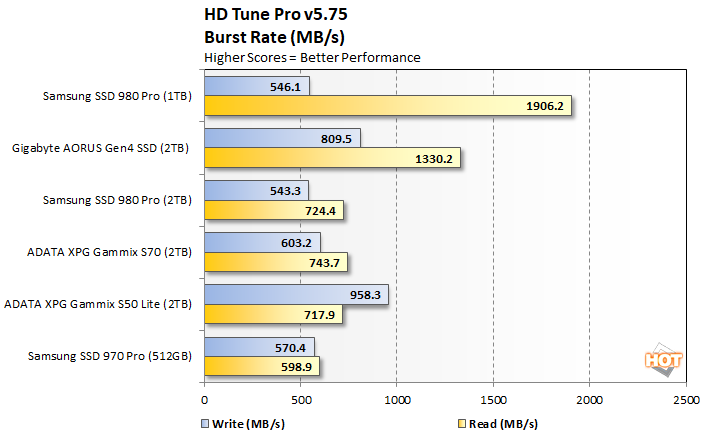 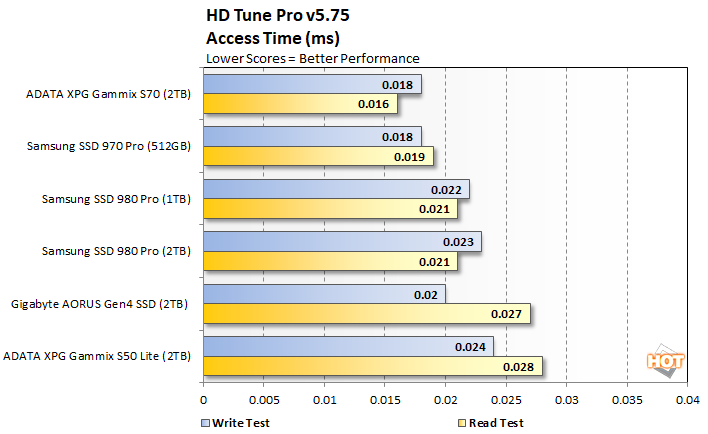 HDTune had the Samsung SSD 980 Pro 1TB and 2TB drives going toe to toe in terms of average transfers and access times, and landing in the middle of the pack. Read burst rates on the 1TB drive were much better, however. 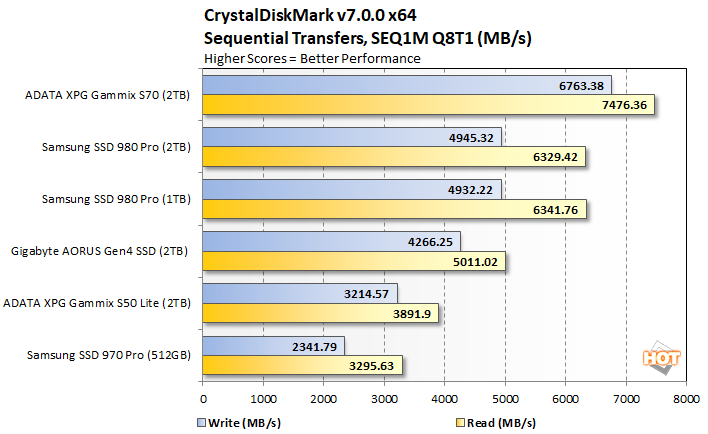 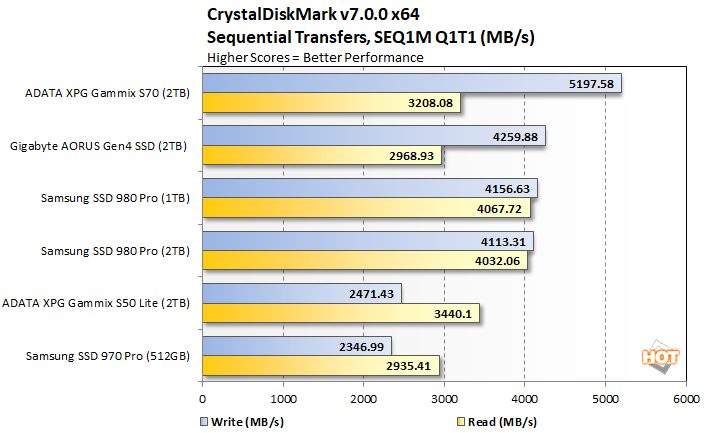 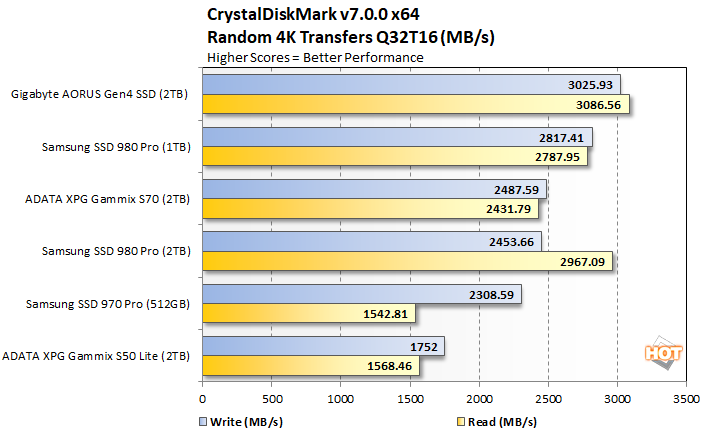 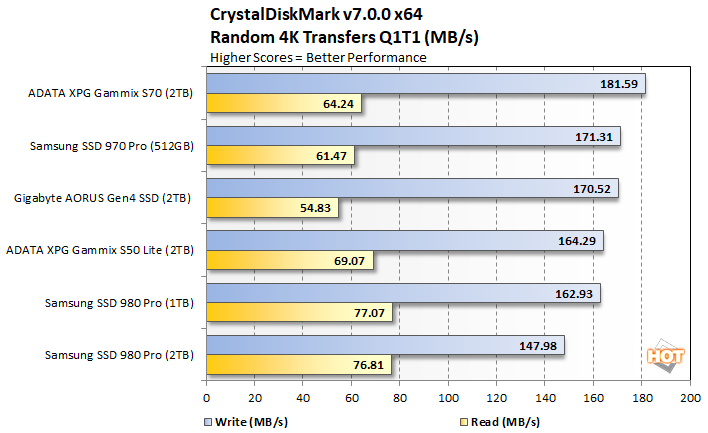 Sequential performance between the 1TB and 2TB Samsung SSD 980 Pro drives was similar, but there is some separation with 4K transfers and high queue depths. The 2TB 980 Pro put up better reads in the Q32T16 test, but trails in writes. And in the Q1T1 test, the 1TB drive outpaces the 2TB drive in reads and writes. Also note, though they're at the bottom of the chart in the Q1T1 test, the Samsung drives had the best 4K reads here -- it was writes that trailed the other drives. 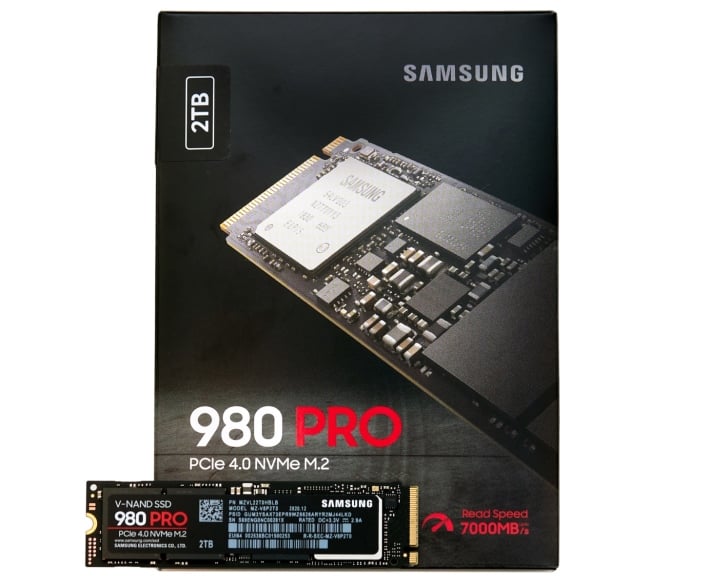 
Overall, the 2TB Samsung SSD 980 Pro’s performance is among the best currently available. Against a drive like the ADATA XPG GAMMIX S70, the 980 Pro does trail more often than not, but the S70 runs much hotter, costs significantly more, may not even fit in some motherboards due to its relatively large (and necessary) heatsink, and its controller technology is from a relative newcomer in the space. Conversely, Samsung’s track record is excellent, the drives carry a 5-year warranty, and they are no concerns, mechanically, using them in virtually any system.

There’s a lot to like about the 2TB Samsung SSD 980 Pro. If you’re shopping for a leading-edge, high-capacity NVMe SSD, this drive should definitely be on your short list.