When configuring our test systems for this article, we first made sure all firmwares were up to date, then we entered each system's respective BIOS / UEFI and set each board to its "Optimized" or "High performance" defaults. We then saved the settings, re-entered the BIOS and set the memory frequency to the maximum officially supported speed for the given platform (without overclocking) with optimal XMP timings for the respective memory kits installed. The SSDs were then formatted, and Windows 11 Pro was installed and fully updated. 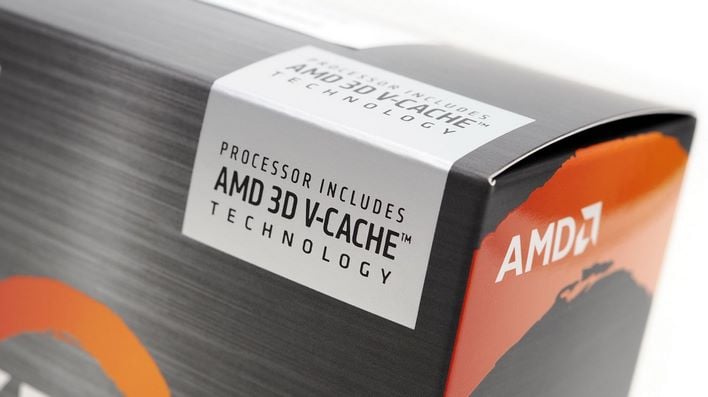 Our Test Systems: Revamped For Windows 11 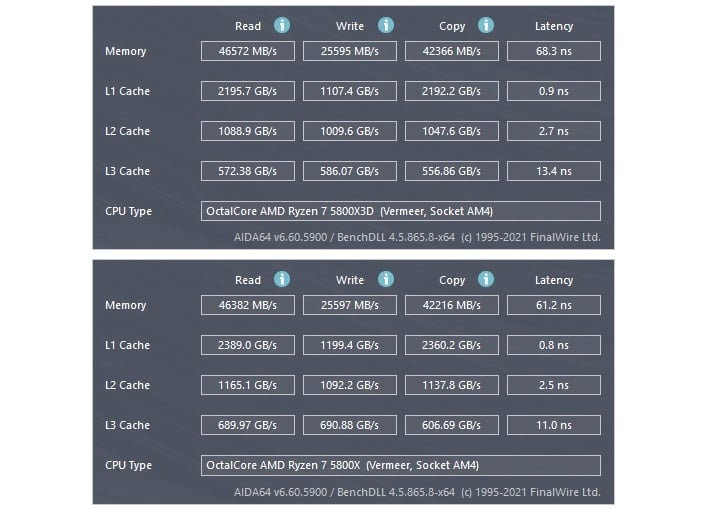 Notice that the results for the Ryzen 7 5800X3D are on top and the standard Ryzen 7 5800X are below. As you can see, memory bandwidth is similar with both processors (which is to be expected, since they were using the exact same hardware and settings). Latency, however, is somewhat higher with the Ryzen 7 5800X3D across the board. That higher latency will translate to lower performance with some cache sensitive workloads, where the 5800X3D much larger L3 cache capacity doesn't come into play. For other workloads, where 5800X3D's larger cache translates to fewer cache misses, and fewer calls out to main memory, the opposite will be true. In any case, since the Ryzen 7 5800X3D's 3D V-Cache is its main differentiator, we figured many of you would be interested in this comparison. Now let's see how things play out in some actual benchmarks, before we jump into some games... 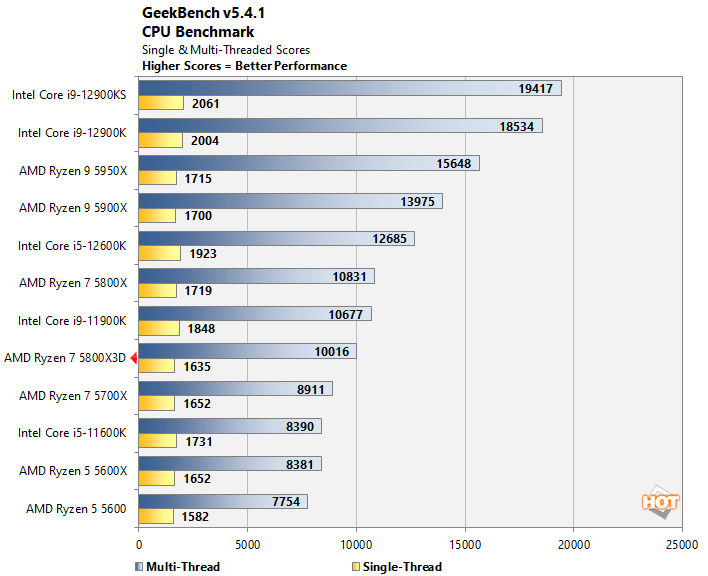 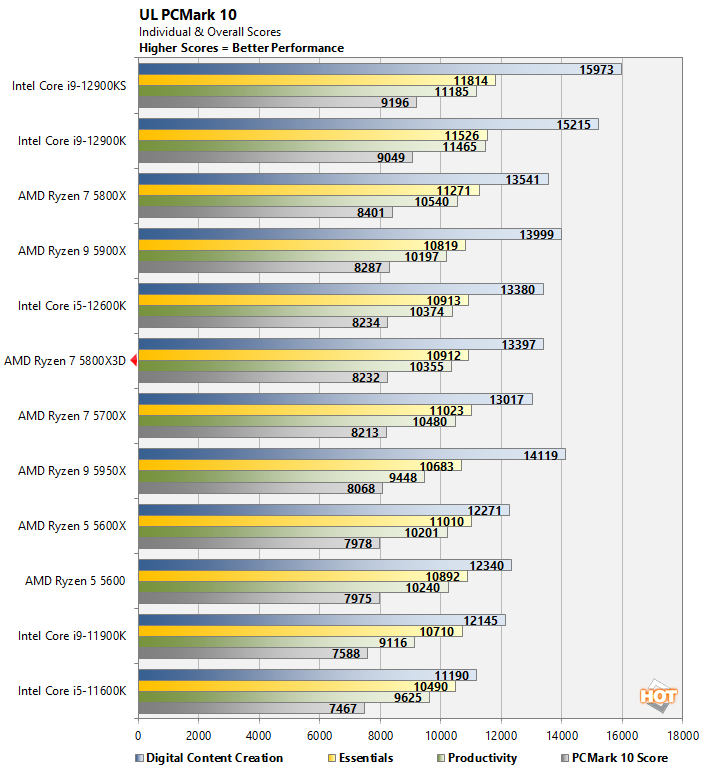 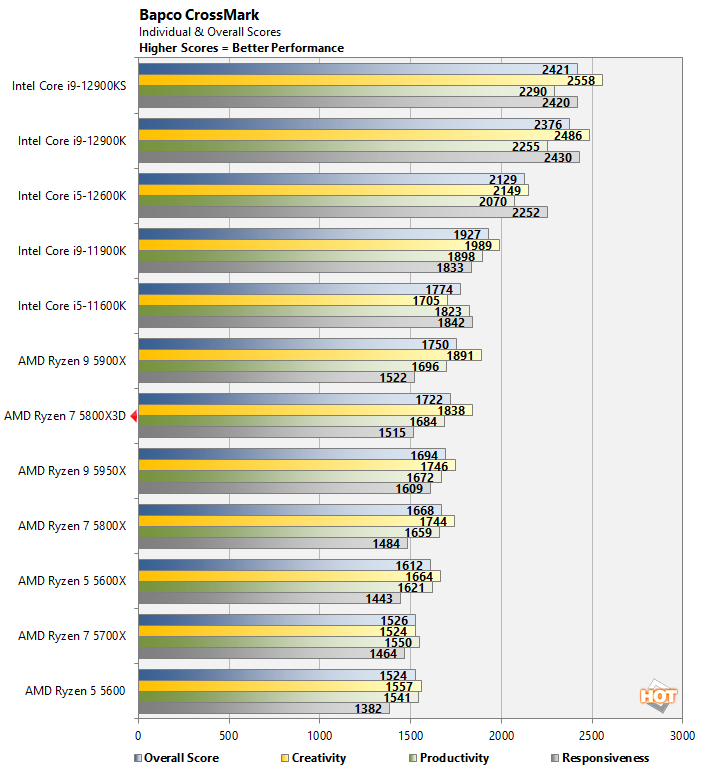 Crossmark had the new Ryzen 7 5800X3D finishing slightly ahead of the standard Ryzen 7 5800X, but a notch behind the 5900X. This benchmark, however, heavily favors Intel's architectures, as evidenced by their positions at the top of the charts. 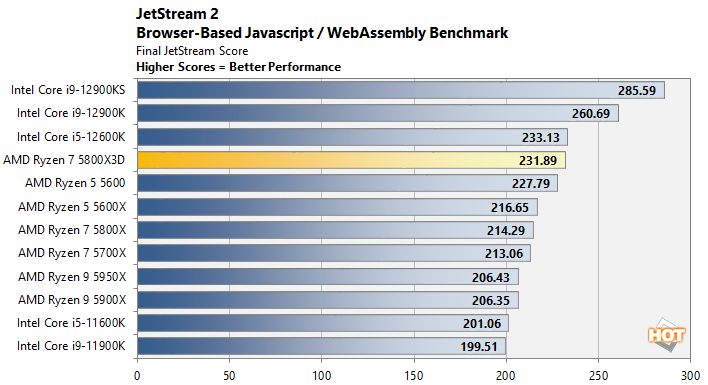 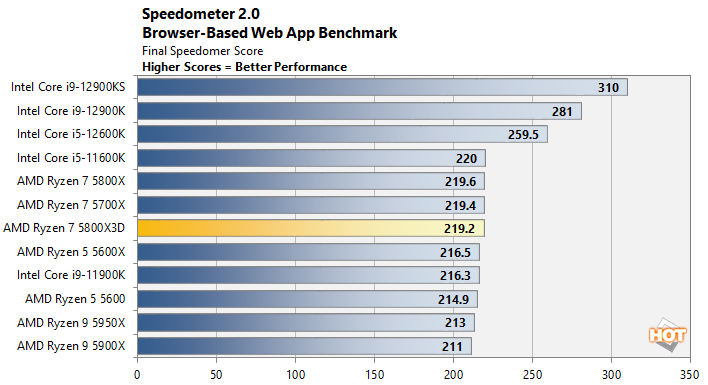 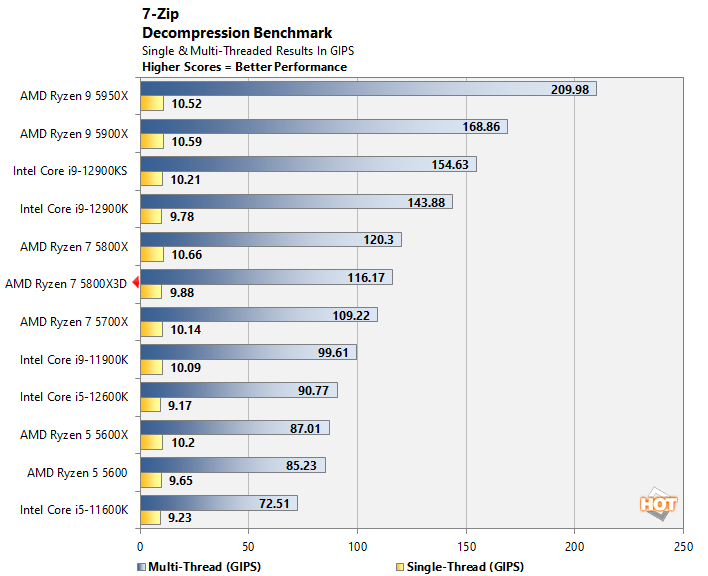 The 7-Zip decompression benchmark told us more of the same. In a workload where the Ryzen 7 5800X3D's massive cache doesn't help, it performs very much like a slightly lower-clocked Ryzen 7 5800X.
PREV PAGE NEXT PAGE