Must Watch TV Shows For Geeks And Tech Enthusiasts 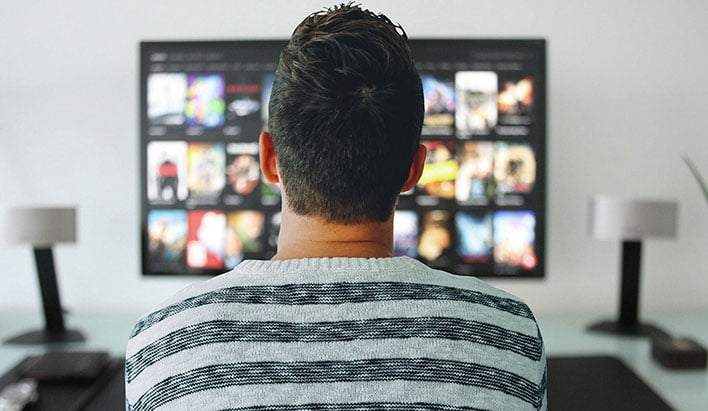 Although being a geek was not always chic, geek culture has been celebrated in cinema and on television for decades in one form or another. In some ways, it is a genre unto itself. The appreciation of science, fantasy, and intellectual concepts have given birth to a wide range of both celebrated and cringe worthy flicks and TV episodes, from Weird Science and Revenge of the Nerds, to Star Trek and Star Wars.
The list is long, and expands exponentially when you relax the criteria of what fits the mold of geek entertainment. Do Ghostbusters and Breaking Bad qualify? I would argue they do, in their own way, though I am less interested in coming up with a concrete definition of geek entertainment than I am with identifying a list of movies and TV shows that anyone with an appreciation for technology and geek culture should watch. And so I've put together a list of both, along with where and how you can watch each of the selections.
I see you out there with your torches and pitchforks, and I welcome dissection of this list. Before you do, however, let me explain something about these picks. I did not put this together with the intent of outlining the best movies and TV shows of all time for technology buffs. Plenty of those types of lists exist. So instead, I made these selections based on two things. One, they have to be shows and movies I have actually seen (contrary to what my bosses might sometimes think, I don't squander all my time watching TV). And secondly, there has to be a valid reason for watching each one. I've also tried to veer off the beaten path a bit (though some of the selections do fall into the popular category).

Inevitably, there are going to be controversial picks and omissions from this list. I've provided several of the latter already. Hey, it comes with the territory. So, what did make my list? Let's get started...

TV Shows Every Geek And Technology Fan Should Watch

After six seasons and 53 episodes, Silicon Valley recently ended its run, though not before repeatedly poking fun at venture capitalism in the tech world and taking thinly veiled potshots at Google, Facebook, and big tech in general. If for absolutely no other reason, you should watch Silicon Valley for the creative intro, in which a camera pans across a changing landscape that accurately (and hilariously) reflects real happenings in the actual Silicon Valley. Did you spot the Tesla trucks in the season six intro? Or the exodus of people from the Uber building to the Lyft building as cash pours out of the former? Clever bits and Easter eggs abound, and they change from ones season to the next.

There is a lot more to this show than a funny intro, though. The cast of characters superbly play their individual stereotypes, and the struggles Pied Piper faces as it attempts to change society for the better in a cutthroat world that is ruled by the almighty dollar provides plenty of opportunity for thoughtful analysis. It's a comedy at heart, though, and a great ride worth taking.
Why you should watch: The tech world is full of absurdities, and Silicon Valley is the hilarious satire that needed to be made (and watched). 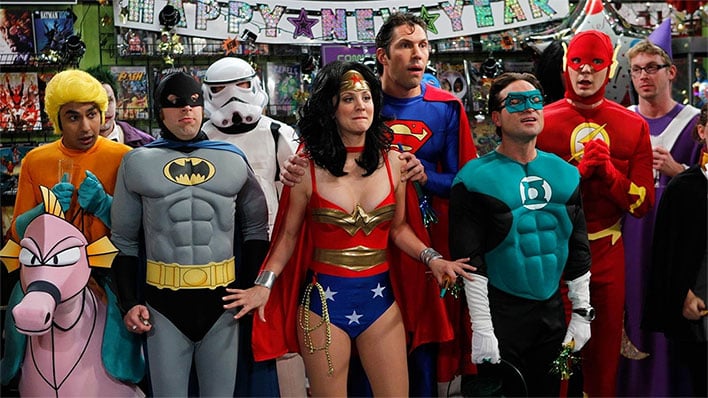 For the most part, Big Bang Theory clung to the tired cliché of the socially inept nerd with a quirky cast of characters who know all about science and computers, but little about how to interact with love interests. Various news outlets celebrated its final season, though not for a job well done, but for ending a "plague on society" and putting to rest "one of the worst TV shows." Despite the criticisms of misogynistic themes, it proved immensely popular, averaging more than 17 million viewers in its 12th and final season (more than twice as many as its first season).
I'd like to think it's not the undertones of sexism that drew viewers in, but the appreciation of a collection of social misfits who found respite from a sometimes cruel world by banding together over their shared interests of comic books, board games, PC gaming, and cosplay. And love him or hate him, who among us either doesn't know someone who embodies Sheldon, or personally identifies with the opinionated know-it-all who doesn't really know it all?
Why you should watch: These characters take nerd culture and stereotypes to the extreme, and if you can look past the critiques, you just may find a character you can identify with (we all have our quirks, and that's okay).

Where/how to watch: Complete series available on Amazon (Blu-ray or DVD). Can also stream certain episodes on CBS All Access, and buy or rent episodes at places like Google Play, iTunes, and Amazon Prime Video.
3. Halt and Catch Fire 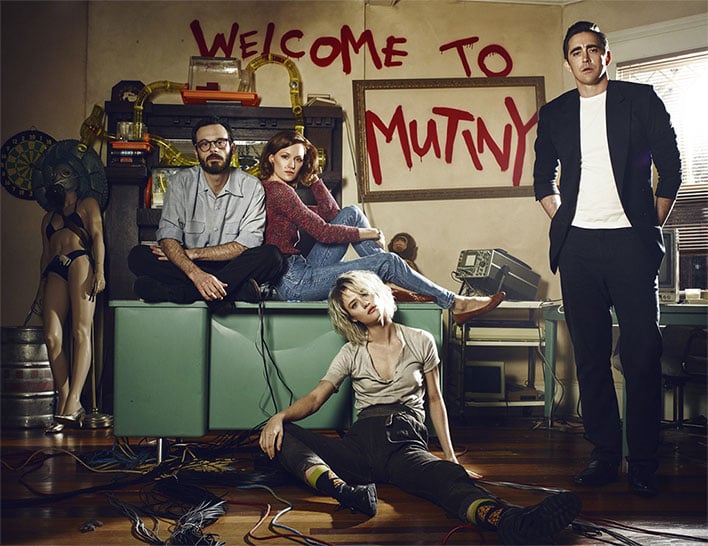 Halt and Catch Fire is a masterfully woven tale of an ambitious effort to develop an IBM PC clone in the 1980s. This is a time when personal computers had begun infiltrating homes in earnest, and while the show is technically a fictitious drama, it borrows heavily on real events, chronicling the rise of the PC and its evolution into a hub for the modern Internet. What's perhaps most remarkable, though, is how the showrunners were able to craft compelling episodes with mass appeal around themes like reverse engineering a BIOS and porting software to an AT&T Unix PC. My wife-to-be, who isn't as entrenched into technology as I am, enjoyed the series every bit as much as I did.

It's amazing Halt and Catch Fire managed to get greenlit, considering its niche and relatively obscure (to the masses) premises. Make no mistake, however, Halt and Catch Fire manages to pull in viewers regardless of their knowledge of tech, with strong scripts and a cast with serious acting chops.
Why you should watch: Today we all carry around little computers in our pockets (we call them smartphones) and take for granted all the wonderful things they do. Halt and Catch Fire brings us back to a time when personal computing was just getting off the ground. It's not meant to be a history lesson, but in some ways it is. 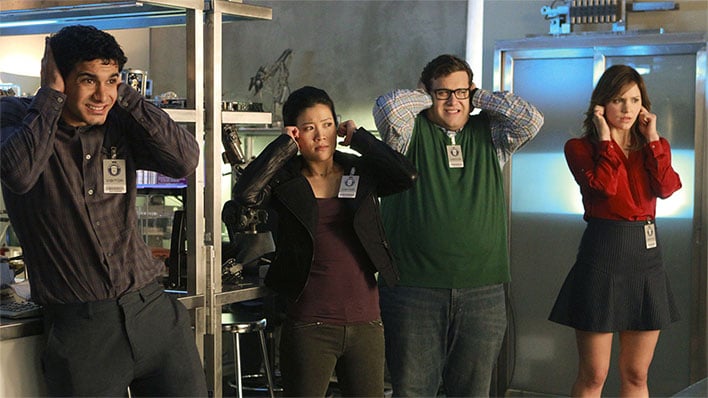 Remember what I said about this not being a "best of" list? Well, here's one of the reasons why. Scorpion's themes don't just border on the absurd, they perform cartwheels right over it. In one episode, this team of geniuses stop a tornado using a truck of dry ice. Yes, really. Outlandish scenarios and bad science are staples of Scorpion, and you'll find yourself repeatedly explaining to your cat (because everyone else already left the room) why their problem solving methods are unrealistic.
Guess what? I don't care about any of that. I. Don't. Care. After I grew accustomed to the nonsensical situations and solutions, I allowed myself to just enjoy the show for what is, and not be bothered by what it isn't. It was a cathartic moment. Scorpion is my guilty pleasure, or it was, because it was canned after four seasons. Say what you will, I enjoyed the ride, and you might like it as well (but probably not).
Why you should watch: You shouldn't, but check it out anyway. Like me, you may find this to be your guilty pleasure. Just, you know, don't write an article admitting it like I just did. Several decades before Google claimed "quantum supremacy," Dr. Sam Beckett, played by Scott Bakula, was making jumps through time in Quantum Leap. The series ran for five seasons, and given that it debuted in 1989 (the same year as The Simpsons), a lot of you reading this probably never heard of the show, or at least never caught an episode. It's time to rectify that.
Time travel is a concept nearly as old as time itself, but the twist in Quantum Leap is Dr. Beckett possesses a different person each time he makes a jump. With the help of Admiral Al Calavicci (played by Dean Stockwell) in hologram form and his artificial intelligence (AI) companion Ziggy, Dr. Beckett has to figure out why he's been thrust into someone's body and what they need help with, because only then does he make another Quantum Leap, possibly back home where he's desperately trying to return. That's right, this delightful 30-year-old TV show combined holograms with AI computing and the science of quantum physics. Fun fact: this series began the same year the original Dr. Who series ended.
Why you should watch: Quantum Leap is a charming show that tackles a variety of themes, and deserves to be enjoyed by another generation of geeks.

Where/how to watch: Free to stream on NBC.com, or pick up the compete series in Blu-ray or DVD on Amazon.
6. Rick and Morty 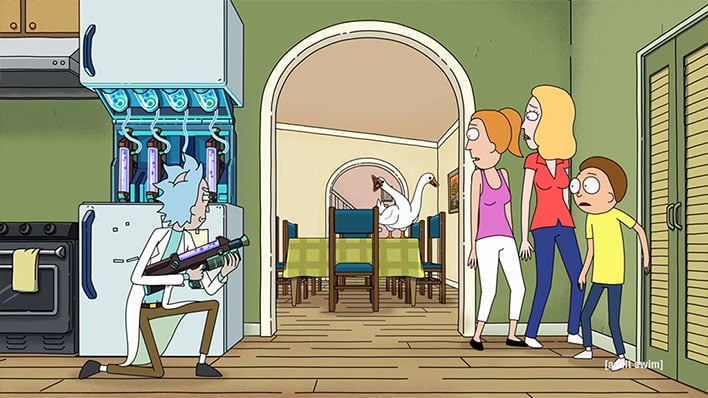 You may have heard of Rick and Morty, but did you know it started as a spoof of Back to the Future? As explained by The Film Theorists, the original skit was intended as a jab at companies that send out cease-and-desist letters. It's a rather fascinating history lesson on how Rick and Morty came to exist as we now know it.
If you have not seen any episodes of Rick and Morty, you should give it a shot. It primarily focuses on the exploits of Rick Sanchez and his impressionable grandson Morty Smith. Rick is an alcoholic, a mad scientist, and inventor of all kinds of weird and wonderful gadgets, and generally a bad influence on Morty. To say Rick and Morty are part of a dysfunctional family is an understatement, but aren't we all, to some extent?
Why you should watch: We all have that crazy uncle or grandparent who acts a bit like Rick, but more than that, the wild gadgets and multiverse theme tickle my geek fancy. Plus it's just a funny cartoon. Check it out. 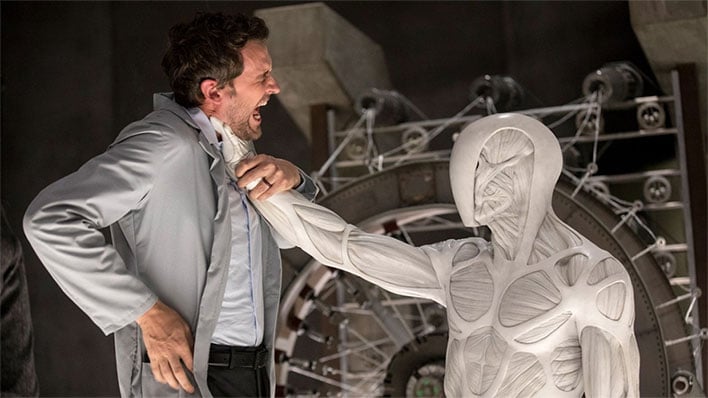 What does an old-timey, Western-themed setting have to do with modern technology and geek culture? Normally, not a whole lot. But when the Western location is actually an amusement park of sorts, and its inhabitants are 3D printed androids designed and built to look, act, feel, and even bleed like a real-life human, well, it suddenly fits the mold. Based on an old movie of the same name, Westworld as an ongoing TV series holds a lot of promise.
It doesn't always live up to its potential, and some of the episodes can drag on. However, as a whole, Westworld is worth checking out. The premise is fascinating, if not an eerily realistic possibility in the not-too-distant future. Where do morals come into play when androids are virtually imperceptible from humans? Westworld explores the concept, and you should too.
Why you should watch: Westworld is a giant sandbox for affluent adults where there are no consequences, at least in theory. It probably won't happen in my lifetime, but at some point, a place like Westworld might exist. It's worth watching for that fact alone.
Where/how to watch: HBO Now, HBO Go, Google Play, iTunes

Now let's have a look at movies every geek and tech enthusiast should watch...