Must Watch Movies For Geeks And Tech Enthusiasts

If seven different TV shows spanning several seasons and hundreds of collective episodes aren't enough to scratch that binge watching itch, try supplementing them with this collection of geeky-good movies...

Movies Every Geek And Technology Fan Should Watch 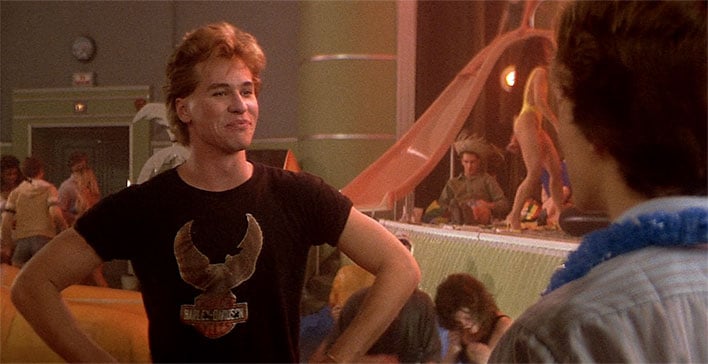 Val Kilmer has been many things—Batman, Doc Holliday, Jim Morrison, and in 1985, he was a real genius who unwittingly was helping the CIA build a laser weapon to assassinate political targets. Oops! Nowadays the bad guys just attach frickin' lasers to sharks, but it was a different world in the 1980s.
Real Genius was not a mega hit at the box office, puling in only $13 million in North America, which was at least enough to be profitable. However, it's a classic that deals with physics, lasers, and the most memorable scene, a house full of popcorn. That scene was also the basis for a MythBusters episode. Turns out you can pop kernels of popcorn wrapped in tinfoil with a laser, though a house full of popcorn isn't likely to make it implode.
Why you should watch: It has Val Kilmer, lasers, and lots and lots of popcorn. What more could you want?
Where/how to watch: View it for free (with commercials) on Amazon Prime Video via IMDB, buy it on Blu-ray at Amazon, or rent/buy from Google Play or iTunes.
2. The Social Network

It seemed like such a big deal when Facebook boasted 500 million members in 2010, and at the time, it was significant. That figure has grown five-fold in the past decade, however, if Facebook's claim of having 2.45 billion monthly active users is accurate. The Social Network is still a relevant film, because it deals with Facebook's rise and perhaps gives us a glimpse into the mind of Mark Zuckerberg.
Zuckerberg has disputed the accuracy of the biographical drama, save for the clothes his character wore. As with most things, the truth probably lies somewhere in the middle. Nevertheless, this is a highly interesting flick, and I'd argue it's even more relevant today than it was a decade ago, given how much bigger Facebook has grown (along with several privacy missteps along the way). If you have not seen this one yet, add it to your list.
Why you should watch: Facebook is one of the most influential tech companies in the world, and a near constant source of controversy. It's interesting to see how it came to into existence.

Where/how to watch: Watch for free (with commercials) on Amazon Prime Video via IMDB, buy it on Blu-ray/DVD at Amazon, or buy/rent from Google Play or iTunes
3. Electric Dreams

When computers finally truly understand (and crave) love, they will have transcended from a cold collection of parts to, in a sense, actual beings of some sort. Love, after all, is what we are all after, right? Electric Dreams shows us what could happen when that day arrives. A lot of what occurs in the 1984 flick is beyond the realm of reality, but what about today? I'd argue that the connected world we now live in creates even more opportunities for a pissed off PC to wreak havoc in our lives, especially those who have outfitted their homes with smart IoT devices.
It's been a long time since Electric Dreams came out, and truthfully, I'm not sure how well it's aged. It's probably even more corny than I remember. But maybe that adds to the charm. Nostalgia is a powerful force, and another reason to hunt this one down, if you can find it.

Why you should watch: Earlier days of computing were wild, wonderful, and full of possibilities. Electric Dreams explores a concept that might still come to pass (be nice to your digital assistants, folks).

Where/how to watch: Sadly, you won't find this one on Netflix or any other streaming platform that I'm aware of. It's available on DVD and Blu-ray at Amazon, but it's region locked and won't work in most players in North America. Your best bet might be to hunt down a VHS copy, and then bust out that retired VCR that's collecting dust in your basement.
4. The Circle

I had big expectations for The Circle, and while I feel the movie did not live up to its potential, the premise is frighteningly realistic, if not a warning of where things are headed if big technology firms are left unchecked. Consider, for a moment, the rise of social media and all these different 'free' platforms we use. Well, guess what? If you are not paying for it, then there is a good chance you are the product. That becomes an issue when companies like Facebook and Google fumble our privacy. But I digress (just a tad).
The Circle brings together the talents of Tom Hanks and Emma Watson, with supporting roles by Patton Oswalt (a legend in my mind) and John Boyega from the Star Wars universe. Cameras are everywhere in this fictional setting, enabling The Circle, a technology and social media company, ever-present access to our daily lives. You can imagine how things turn out (it's not good).

Why you should watch: This may have seemed like a farfetched concept before the explosion of social media, but now it hits uncomfortably too close to home. It's not a particularly great movie, but the premise is interesting enough to make it worth checking out.

Where/how to watch: Available to rent or buy on Amazon Prime Video, Google Play, and iTunes.
5. Her 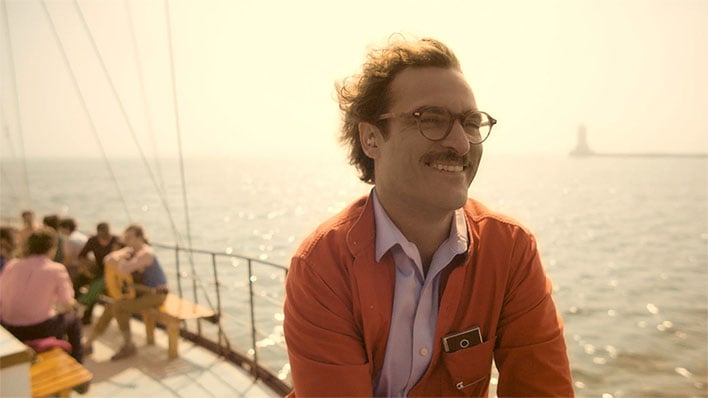 Is there a role that Joaquin Phoenix is not able to tackle? Don't say Johnny Cash, because Phoenix nailed it in Walk the Line. More recently, he brilliantly portrayed the troubled mental state of Batman's pesky nemesis, Joker. Sandwiched in between, there was Her, which pitted Phoenix as a lonely introvert who falls in love with an operating system. Suffice to say, Phoenix has incredible range.

When I say he fell in love with an OS, I'm not talking about Linux or Windows 10. The OS he develops feelings for is called Samantha, played by Scarlett Johansson. Samantha is basically a hyper-extension of Alexa, Siri, or Cortana (take your pick), only much smarter and much more capable. Her explores the idea of true artificial intelligence becoming so advanced that it might be possible to have a real relationship with what really amounts to sophisticated computer code, which can 'see' the world through a smartphone camera.

Why you should watch: It may not have smashed any box office records, but this is a charming flick that should be of interest to anyone who uses technology (read: practically everyone on the planet).

While Halt And Catch Fire is a fictional account of the early days of computing, General Magic is the real deal. And perhaps in a parallel universe, General Magic is a household name that is every bit as recognizable as Apple. That would be fitting, because the original product, known as Paradigm, was born within Apple before being spun off, with Apple taking a minority stake. What the all-star team of tech wizards developed at General Magic was the precursor to the smartphone as we know it today.
Many of you reading this probably never heard of General Magic, though on hindsight, it was comprised of a legendary cast of talent. Some examples include Megan Smith, who went on to become the VP of Google and the White House chief technology officer under the Obama administration, Tony Fadell, co-founder of Nest Labs (later acquired by Google), Andy Rubin, co-founder of Android, and Pierre Omidyar, co-founder of eBay.

Why you should watch: This fascinating documentary chronicles the rise and fall of perhaps one the most influential tech companies ever, and most people have never heard of it. General Magic ultimately failed, but what came out of it and General Magic's impact on tech can not be understated.
Where/how you can watch: Amazon Prime Video, Google Play, iTunes, Vimeo, Showtime
7. King of Kong: A Fistful of Quarters

Another documentary, this one focuses on the world of competitive classic arcade gaming and two of its biggest characters, Steve Wiebe and Billy Mitchell, as the former tries to best the latter's high score in Donkey Kong. There are have been several developments since this documentary came out in 2007, but if nothing else, it serves as a primer into a world that is surprisingly brimming with drama and intrigue, along with heroes and villains.
Accusations of cheating, illegal emulation, and gaming chicanery abound, both in King of Kong and the events that have since transpired. Watch this documentary, get up to speed on current developments, and then join the rest of us in hoping there will one day be a sequel.
Why you should watch: Billy Mitchell's zany personality is reason enough to check out this documentary, but if not for that, check it out to be mesmerized by the ongoing pursuit of high scores in decades old arcade games.
Where/how to watch: Amazon (DVD), Amazon Prime Video, Google Play, iTunes, Starz, Sling TV (via Starz)