Although Samsung's Galaxy S11 S20 family is set to debut sometime next month, that isn't stopping the South Korean electronics giant from delivering a pair of new smartphones as an outgrowth of its existing "10" families. While they've been long rumored, Samsung today officially announced both the Galaxy S10 Lite and the Galaxy Note 10 Lite.

As the "Lite" name implies, Samsung is hoping to deliver premium features to customers at lower price points. In the case of the Galaxy S10 Lite, you'll find a still potent Qualcomm Snapdragon 855 SoC, 6.7-inch FHD+ Super AMOLED Plus Infinity-O Display (2400x1080), 128GB of internal storage and 6GB or 8GB of RAM depending on the market. 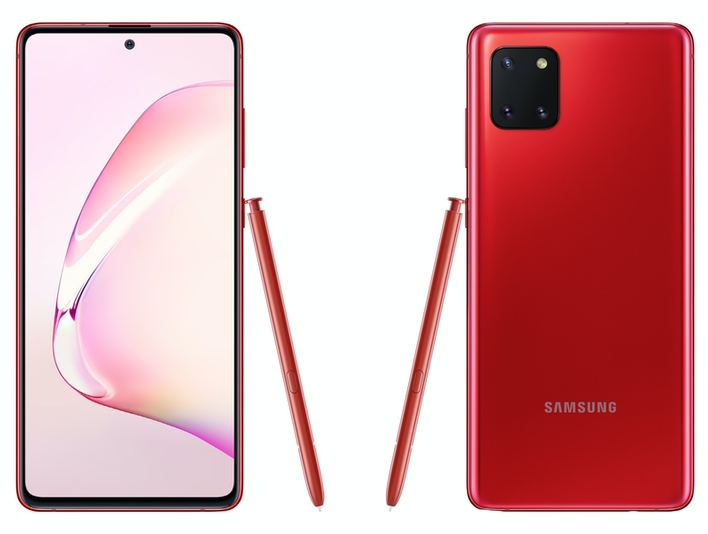 Samsung has included the same selfie camera as the Galaxy S10 Lite here, but changes things up a bit out back. There are still triple cameras, but the Galaxy Note 10 Lite gets a 12MP ultra-wide sensor (f/2.2), 12MP wide-angle Dual Pixel sensor with OIS (f/1.7), and a 12MP telephoto sensor with OIS (f/2.4).

Both smartphones are packing a 4,500 mAh battery with super-fast charging capabilities, an in-display fingerprint reader, and come out of the box running Android 10 with One UI 2.0. The Galaxy S10 Lite color palette will include Prism White, Prism Black, and Prism Blue, while the Galaxy Note 10 Lite can be had in Aura Glow, Aura Black, and Aura Red.