The Galaxy Fold resembled a thick smartphone when closed (complete with a 4.6-inch cover display), it opened up to provide a small, tablet-like 7.3-inch display area. The Galaxy Z Flip is completely different, as it resembles a tall smartphone (22:9 aspect ratio) when open, and halves its size when closed to make it more pocketable. In practice, the Galaxy Z Flip is more akin to the recently launched Motorola Razr.

Samsung has also allowed the hideaway hinge to hold the display open at any angle, allowing you to set the phone on a flat surface and angle the top portion (with three stops) to your liking. The company calls this Flex Mode, and you’ll be able to take selfies or comment on YouTube videos while watching.

The Galaxy Z Flip features a flexible, ultra-thin glass 6.7-inch Infinity-O display with a resolution of 2636x1080, and an intricate hinge mechanism that helps to minimize – but not completely eliminate – the crease in the display when opened. Samsung says that the display is rated to cycle open/closed 200,000 times. On the back of the phone you’ll find dual cameras and a 1.06-inch color OLED display (300x116) that can present information like date/time and incoming calls, notifications (among other things). You can even use the tiny display as a viewfinder for selfies. The fingerprint reader is not embedded in the display like other Galaxy smartphones, and is instead incorporated into the side-mounted power button. 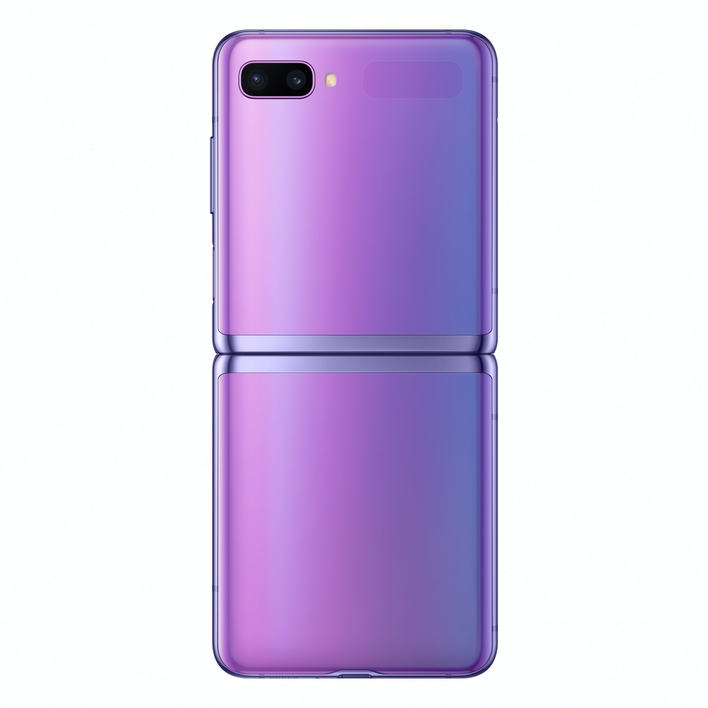 Samsung also manages to outshine its Razr competitor on the specs front thanks to its use of a much larger 3,300 mAh battery compared to 2,510 mAh. The Galaxy Z Flip features a flagship-caliber Qualcomm Snapdragon 855+ SoC versus the mid-range Snapdragon 710 in the Razr. Samsung’s entry boasts 8GB of RAM and 256GB of storage, versus 6GB and 128GB respectively for the Razr. 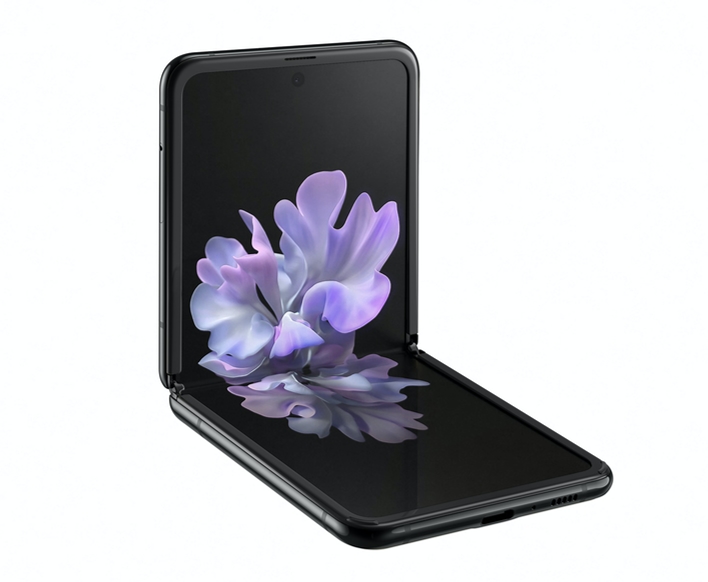 One thing that you won’t find on the Galaxy Z Flip, however, is 5G support. This is somewhat surprising given that Samsung is going all-in with 5G on the Galaxy S20 family. Samsung could have used the Snapdragon 865, but that would have likely ballooned the cost, and there were likely space constraints in accommodating the standalone Snapdragon X55 5G modem. Likewise, Samsung could have opted for the Snapdragon 765/765G with its integrated Snapdragon X52 5G modem, but perhaps the chip couldn’t meet Samsung’s performance targets. Whatever the case, it’s a disappointment given the price of the smartphone.

The Galaxy Z Flip will be available February 14th in Mirror Purple, Mirror Black, and Mirror Gold. Pricing for the smartphone comes in $1,380, which undercuts the Motorola Razr by more than $100. That is an impressive feat given the superior specs, so it will be interesting to see how both smartphones fare in the market place over the next few months.