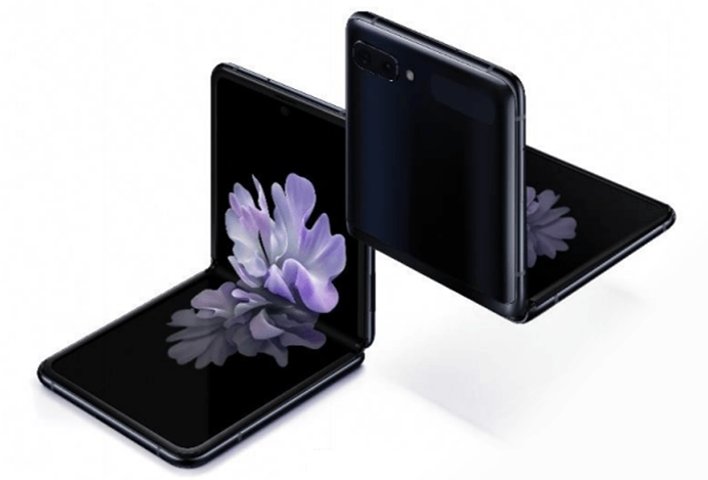 The Oscars took place last night, and during the broadcast, Samsung ran an ad for its yet unannounced Galaxy Z Flip smartphone. Nowhere in the ad does Samsung mention the name of the smartphone, but it does note that the device will be unveiled at its Unpacked event on February 11, which is tomorrow. The Samsung commercial highlights the folding clamshell design of the smartphone.

We do have a good idea of what specifications the smartphone will have thanks to the numerous leaks that have happened with the device. Leaks have tipped that the smartphone will have a 6.7-inch screen when unfolded with a resolution of 2636 x 1080. The aspect ratio is 22:9, and the screen is covered with thin, flexible glass, not plastic like the Galaxy Fold. The rear camera array has dual 12MP sensors with an f/1.8 primary and 4/2.2 ultra-wide. The rear camera also has an LED flash, and beside the camera array on the back is the 1.06-inch secondary display that has 300x116 resolution. That is the screen we see the caller ID and answer/decline buttons on.

The chipset inside the smartphone is tipped to be the Snapdragon 855+, and the phone isn’t expected to support 5G connectivity. The SoC has 8GB of RAM and 256GB of storage and has no memory card slot for expansion. Also missing is a headphone port making Bluetooth your only option. Power is via a 3,300 mAh internal battery with wireless charging at up to 9W. The smartphone is expected to sell for $1,400.