Alright, alright, I already know what you're thinking—you don't care what the new GPUs look like as long as they perform. The thing is, looking at these renders actually can give us some perspective on what to expect from each of AMD's next-gen Radeon GPUs.


Created by Wild_C (@_wildc on Twitter) based on leaks, rumors, and his own informed speculation, these renders represent what we agree is a reasonable guess at the appearance of AMD's upcoming Navi 3x GPUs. That'll be the chips that power AMD's next-generation Radeon family, presumed to be the Radeon RX 7000 series. 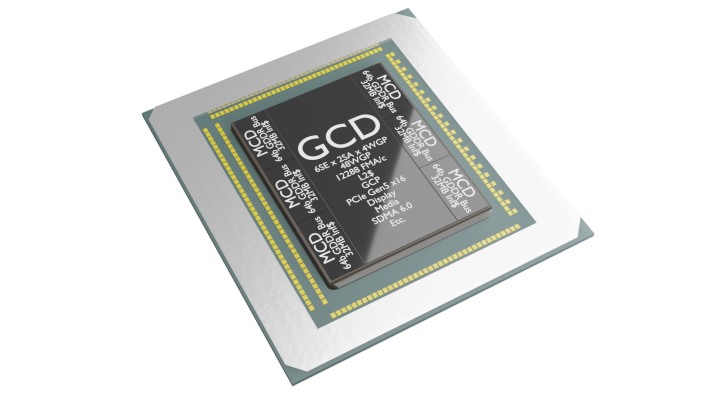 The original renders actually include text over them labeling what each chip is as well as its capabilities. Here we have pictured Wild_C's best guess at what Navi 31 will look like. The GCD includes six shader engines (SE), each with two shader arrays (SA) comprising four workgroup processors (WGP). Keeping in mind that the WGP has been doubled in width compared to RDNA 2, that gives us a total of 12,288 shaders.


Surrounding the Navi 31 Graphics Compute Die (GCD) are six Memory Controller Dice (or Memory and Cache Dice, depending on who you ask.) These little chips each have a pair of 32-bit GDDR6 memory controllers and 32MB of Infinity Cache, labeled with the cute abbreviation "Inf$". $ is read as "cash", which sounds like "cache", if you didn't get it. 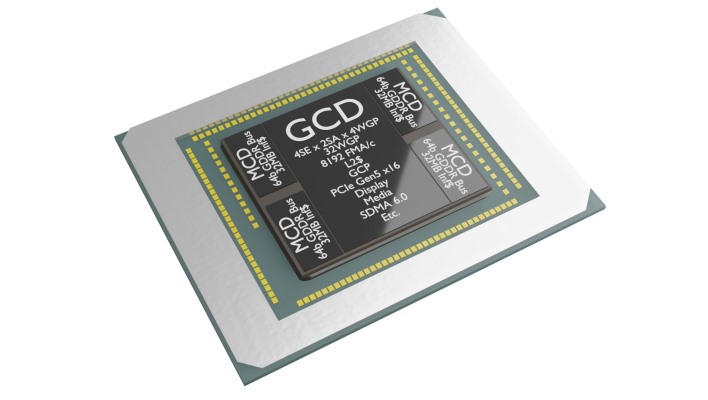 Navi 31 is expected to use a smaller GCD with four shader engines, similar to the Navi 21 die used in the Radeon RX 6800 and larger RX 6000-series GPUs. However, thanks to the aforementioned doubling of WGP density, it will have double the shader count. It gets four MCDs, giving it a very respectable 256-bit memory bus and 128 MB of Infinity Cache—at least on models without 3D V-Cache. 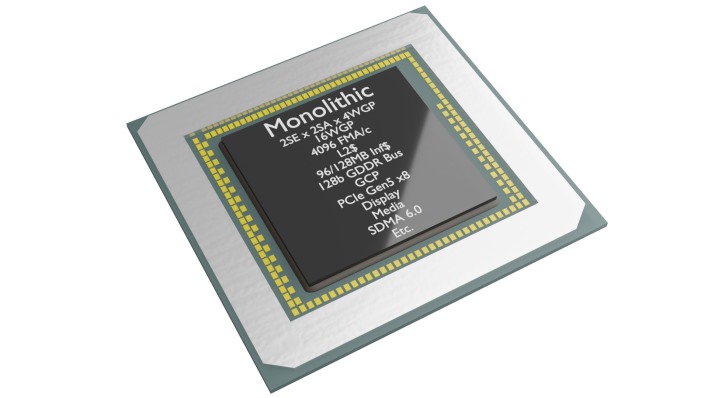 Finally, the Navi 33 processor is expected to be a monolithic design. While it looks surprisingly large in the comparison render above, Wild_C notes that he expects it to use TSMC's N6 process instead of the newer N5. Despite the difference of only one digit, N6 is actually a refinement of the older N7 process, and there is a pretty big difference in transistor density between the two.

Going by rumors, Navi 33 will have two RDNA 3 shader engines, giving it a total of 16 WGPs for a maximum of 4096 shaders. It's expected to have up to 128 MB of Infinity Cache, like Navi 32. Wild_C predicts that Navi 33 will be limited a PCIe 5.0 x8 interface, which is something we've seen elsewhere. It seems reasonable enough, although it could limit performance on machines still limited to PCIe 3.0. Then again, the CPU in such a system is likely to be bottleneck enough for a next-generation GPU.


Right now, AMD is expected to release graphics cards based on all three of these GPUs later this year. We'll see what happens, though; AMD isn't immune to the effects of the GPU pricing crash now in progress. It's possible that AMD elects to hold off on releasing its lower-end GPUs to let some of the product in the channel bleed off.
Images in this post created by Wild_C on Twitter.