As we've just reported, AMD is launching its next-generation Radeon RX 7000-series graphics cards with a livestream on November 3rd. Like other recent launches—including NVIDIA's RTX 40 series, Intel's Raptor Lake, and AMD's own Ryzen 7000 CPUs, we don't expect that cards will be available on that day. It shouldn't be long after, though, as rumor-mongers are reporting that AIB vendors have the chips in hand and are currently testing them. 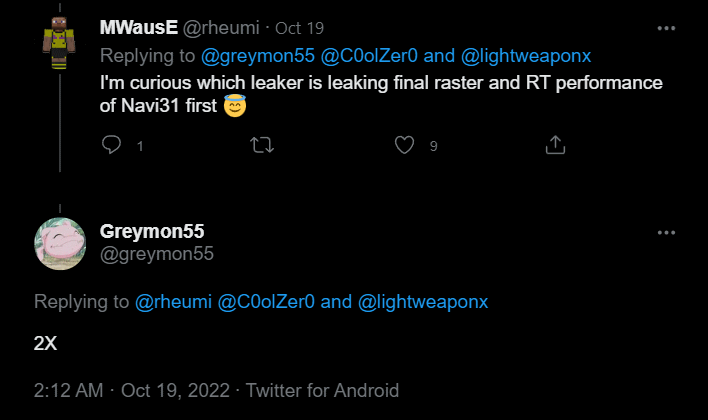 That's not the exciting part of the latest rumors, though. According to prolific Twitter leaker Greymon55, the upcoming Radeon cards will come with a "2X" improvement in raster graphics performance over the previous generation. That's still the most important metric for the majority of games, and it's a bigger margin than NVIDIA managed between the GeForce RTX 3090 Ti and GeForce RTX 4090.

Of course, there's always the lingering issue of ray-tracing performance. The RDNA 2 architecture's weakness there has hung over the Radeon RX 6000 series like a specter. While the cards still present solid value in current games, it has required recommendations to include constant "outside of ray-tracing" disclaimers. 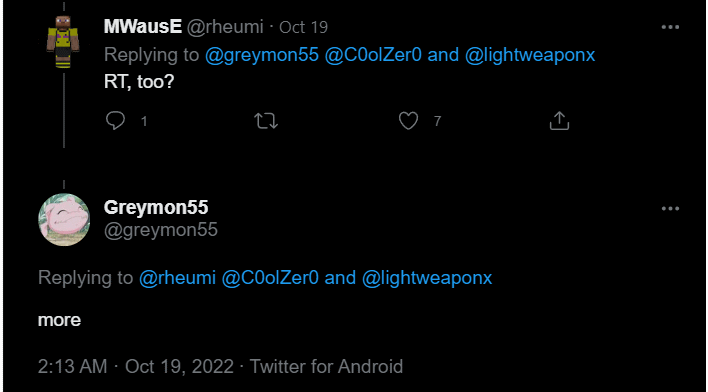 If Greymon55's information is accurate, it seems like AMD may have done some catching up on that front, too. In a reply to Twitter user @rheumi, the leaker noted that ray-tracing workloads will see a greater-than-double improvement on RDNA 3. That isn't really a surprise given that ray-tracing was nearly an afterthought on RDNA 2; surely the next generation would see architectural improvements in that area.

Looking at this F1 2022 benchmark, we can see the Radeon RX 6900 XT lagging far behind NVIDIA's parts. F1 has traditionally been a case where AMD performs well in comparison to NVIDIA, but the latest release of the game makes heavy use of ray-traced effects in its ultra graphics preset. A "greater than 2x" improvement could put the next-generation parts well ahead of NVIDIA's last-generation flagship, but it's probably not going to see the red team competing with the RTX 4090—at least, not in this benchmark.

Given the overall prowess of the GeForce RTX 4090, it's hard to imagine AMD challenging NVIDIA's finest for the top spot. There's a lot of distance between the RTX 4090 and the RTX 4080, though, and AMD could easily slot a part in between the two, especially considering AMD's claim that the new architecture is over 50% more efficient than RDNA 2. If the price is right, AMD could have a real winner on its hands even without taking the crown.