At the beginning of September, Sabrent announced its Rocket 4 Plus solid state drive, which is rated to deliver delightfully fast sequential read speeds of up to 7,000MB/s and write speeds up to 6,850MB/s. This is large part due to Phison's next-gen PS5018-E18 controller. As enticing as that is, it appears the E18 can push even further.
The controller chip is basically what drives an SSD, managing the data flow from the NAND flash memory chips and I/O. Phison has been pressing the pedal to the metal, with its E18 controller rated to deliver read and write speeds of up to 7,000MB/s, and long with 4K random read and writes of up to 1 million IOPS. Here's a breakdown... 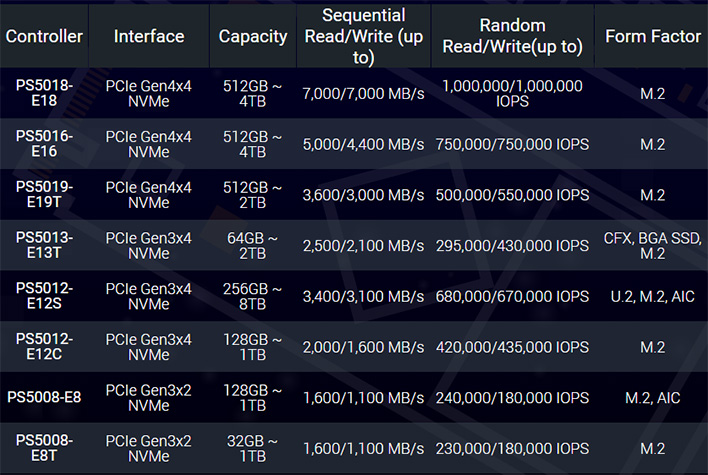 Those are some impressive speeds, and of course they require a compatible motherboard. Right now there are just a handful of consumer chipsets that officially support PCIe 4.0, including the X570, B550, and TRX40. Those are all AMD, though Intel will finally jump on the PCIe 4.0 bandwagon in the desktop next year when Rocket Lake arrives.
In any event, the folks at TweakTown discovered a CrystalDiskMark run of a storage drive equipped with an E18 controller, which topped out a few hundred megabytes per second faster than Phison's rated upper end. Have a look... 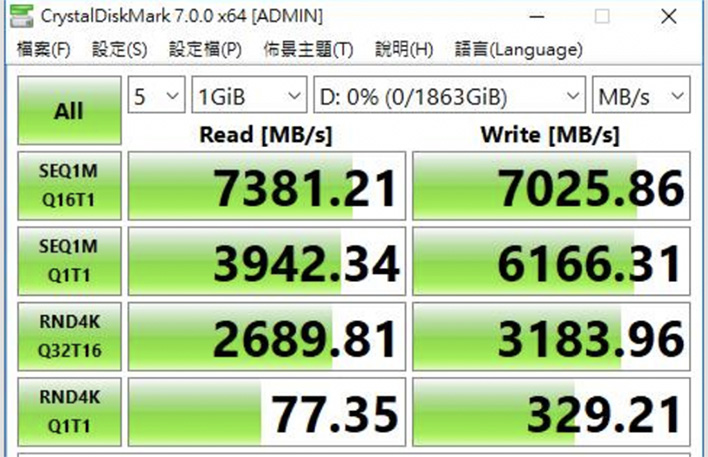 It is not clear where exactly this originated from or what the specific drive (make and model) was used, only that it is being reported as having an E18 controller underneath the hood. The benchmark shows the sequential read speed nearly hitting 7.4GB/s (7,381.21MB/s, to be exact). As for writes, it goes just a hair above Phison's rated ceiling, benching 7,025.86MB/s.
This is good news, and it indicates there is going to be a dogfight with regards to upcoming high-performance SSDs. That's because Phison is not the only one pushing the envelope. Silicon Motion, for example, recently announced three new PCIe 4.0 controllers, the fastest of which is rated to deliver up to 7,4000MB/s of read performance and up to 6,800MB/s of write performance.
Also bear in mind that Microsoft's DirectStorage API could finally put all this speed to good use in videogames. It is based on same Velocity architecture powering the storage system inside the Xbox Series X/S. Buckle up, folks.