Today, Intel confirmed that launch timing, announcing that Rocket Lake will arrive during the first quarter of 2021. “We’re constantly looking ahead at what’s next and how we can make our desktop CPUs even better,” said John Bonini, Intel’s VP and GM of Client Computing Group Desktop, Workstations and Gaming in a blog post. “It’ll be another fantastic processor for gaming, and we’re excited to disclose more details in the near future. There’s a lot more to come, so stay tuned!”

Rocket Lake-S will be the first desktop-class processors from Intel to natively bring support the PCIe 4.0 interface, and it will also usher in support for Thunderbolt 4. It's also reported that Intel's 12th generation Iris Xe graphics will come integrated on the processor, just like with the recently launched Tiger Lake mobile processors. 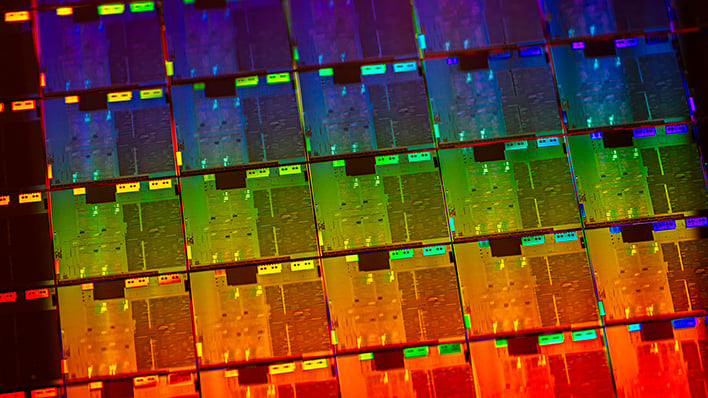 According to yet another leak that dropped this morning, Rocket Lake-S will be accompanied by a number of 500-Series motherboards including the Z590, H570, B560, and H510 on the consumer desktop side. All of these LGA-1200 motherboards will allegedly support all of the aforementioned new features of Rocket Lake-S. It's also expected that existing Z490 motherboards that are labeled as PCIe 4.0-ready will be able to enable full compliance with a simple BIOS update.

We've already seen leaked benchmark for an 8-core/16-thread Rocket Lake-S processor that should be available at launch. That engineering sample was seen with a base clock of 3.2GHz and a boost clock of 5GHz. Combined with support for faster DDR4 memory and a rumored 20 percent IPC lift, Intel should have a very compelling solution for mainstream customers and gaming enthusiasts next year.

While everyone awaits the launch of Rocket Lake-S, AMD will be trying to steal everyone’s attention away tomorrow with the launch of its Zen 3-based Ryzen 5000 processors...