After months of leaks and recent "feature drops" from OnePlus executives, the OnePlus Nord has officially been announced. Given that most of the major details about the phone have already been revealed (90Hz display, quad rear camera, dual selfie cameras, Qualcomm Snapdragon 765G), today's unveil was a chance for OnePlus to really flesh out the other specifics of device.

For starters, we now know that the 6.44-inch OLED display has an aspect ratio of 20:9 with a resolution of 2400x1080. The display doesn't have curved edges like the OnePlus 8 in an effort to reduce costs. The 90Hz display also houses a fast fingerprint sensor for biometric authentication.

There are four cameras on the back including the 48MP primary sensor (Sony IMX586) from the OnePlus 8 series, an 8MP ultra-wide-angle sensor, a 2MP macro sensor, and a 5MP depth sensor. There are two selfie cameras, including a 32MP primary sensor and an 8MP sensor with a 105-degree FoV. That latter should be great for taking "group selfies". 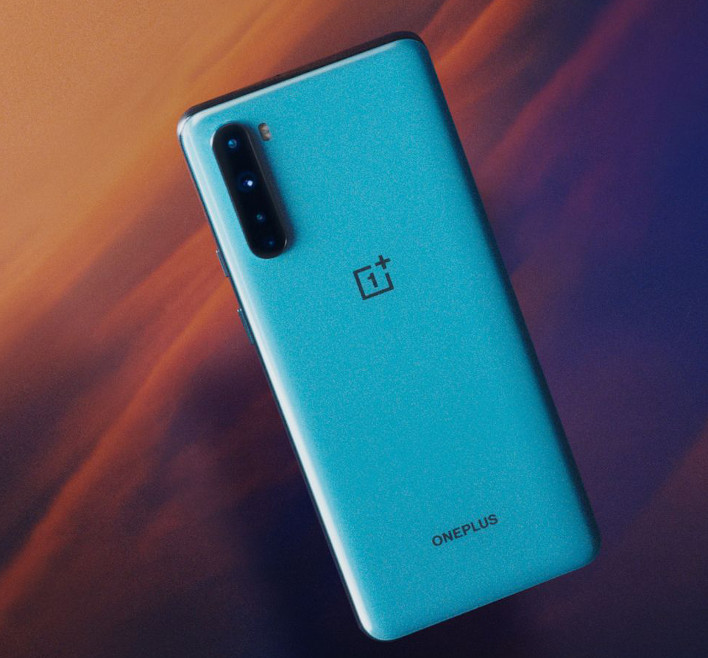 Other features thrown into the mix include a relatively large 4,115 mAh battery with Warp Charge 30T support. In an effort to hit lower price points, wireless charging isn't included on the Nord.

That brings us to the all-important aspect of pricing for the OnePlus Nord. The 8GB/128GB SKU will launch priced at £379 (around $480), while the 12GB/256GB SKU will cost £469 (just under $600). Those are compelling price points considering that the OnePlus 8 starts at $699 in an 8GB/128GB configuration. Unfortunately, there is no word on pricing (or availability) for the Nord, although we think that the company would be wise to release the device here to take a chunk out of the market share that the second-generation Apple iPhone SE is gobbling up.